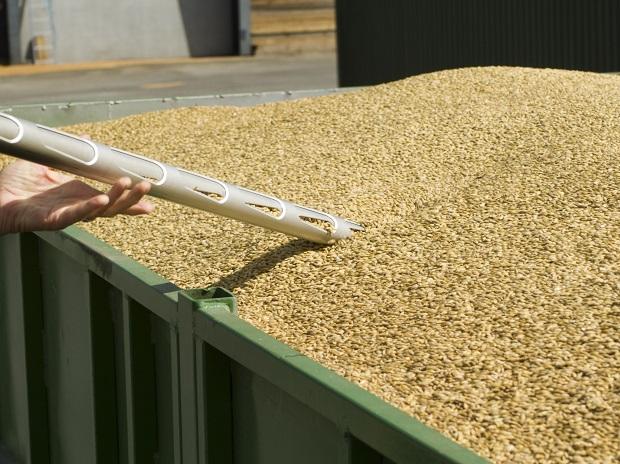 As thousands of farmers brave the winter chill to agitate against the three farm acts, a dominant fear for most of them is the impact that dismantling of the Minimum Support Price (MSP)-based mechanism will have on their livelihoods, given that the system has been a lifeline for states such as Punjab, Haryana and a few others for long.


The protests, which started sometime in June largely in Punjab and Haryana and Uttar Pradesh, have moved on to Delhi since the past one month, with thousands of farmers camping around the city’s borders seeking repeal of the three agricultural laws enacted by the Centre.

They have threatened to intensify their stir in the next few days if their demands are not met.


Though the government has repeatedly assured the farmers the MSP mechanism will not be dismantled and will continue, the farmers aren’t convinced and along with the repeal of the acts, they want MSP to be legally guaranteed.


Experts say that more than the fear of a complete abolition of the MSP mechanism, farmers worry that gradually the Centre might move towards a more calibrated purchase under MSP (something which it does under the PM-ASHAA scheme where is buys just 25 per cent of a state’s surplus) and not the open-ended system of procurement as has been prevalent in Punjab, Haryana for a very long time.


Under this system, the quantum of output each farmer can sell under MSP is fixed for each and not all of the marketing surplus is purchased. This practice is prevalent in states such as Odisha.


So what are the ills of this open-ended procurement system and why has it led to excess grain stocks in the government’s inventory?


The Commission for Agriculture Costs and Prices (CACP), the government’s main farm price fixing panel has repeatedly over the past several years recommended reviewing the open-ended procurement policy to bring down financial and logistical burden on the government. This is largely because the Centre has been sitting on huge stockpiles of wheat and rice, far more than what is required annually for distribution under the Public Distribution System (PDS).


“In States like Punjab and Haryana, the government procured a large share of wheat production and market arrivals– about 73 per cent of production in Punjab and 80 per cent in Haryana in Rabi Marketing Season 2019-20. The Commission recommends that open-ended procurement policy needs to be reviewed,” the CACP said in the report released last year.


It said the open-ended procurement policy for rice and wheat has led to mounting food stocks and adversely affected crop diversification.


“These excess stocks create storage problems and high storage and financing costs, leading to a high food subsidy burden and therefore the Commission recommends that open-ended procurement policy be reviewed,” the report said.


The excess stock is due to a big mismatch between food grains required to run the Public Distribution System and the quantity of grain procured, officials said.


Data shows that annually 78-80 million tonnes of wheat and rice is procured for the central pool, against a requirement of 50-54 million tonnes for PDS, leaving the rest in excess.


According to latest data from the Food Corporation of India, India’s food grain stocks as on December 1, 2020 were estimated to be 52.29 million tonnes, almost 144.23 per cent beyond the quantity that would be needed on January 1, 2021.


CACP also said in the same report that the economic cost of wheat has increased by about 31.3 per cent, from Rs 1,908 per quintal in 2013-14 to Rs 2,506 per quintal in 2019-20. On the other hand, the Central Issue Price (CIP) of wheat (the price at which wheat is sold through ration shops) has remained unchanged at Rs 200 per quintal since July 2013, leading to a significant spike in food subsidy.


Even before Covid-19 struck in 2020, Food Corporation of India (FCI), the government’s main designated agency to procure and supply millions of tonnes of cheap grains for the poor, had an outstanding loan of around Rs 2.54 trillion from the National Small Savings Fund (NSSF) as on March 31 this year.


NSSF loans have been the government’s default option to fund expenditure in the past few years, as it tries to ensure that the fiscal deficit is kept in check.


Officials said in a normal year, the actual food subsidy on the National Food Security Act (NFSA) is about Rs 1.80 trillion (which includes subsidy to FCI and also to decentralised procurement states).


However, this year, the subsidy will rise by another Rs 1.23 trillion due to expenditure incurred on distributing free grain.


Thus, the government’s total food subsidy bill in 2020-21 is pegged at about Rs 3.03 trillion (NFSA plus Garib Kalyan).


In addition, it might have to make a provision for another Rs 20,000 crore at least, towards pending payment dues for the decentralised procurement by states.


“Therefore, the central government will have to provide for over Rs 5.7 trillion from its own finances in 2020-21 if it wants to clear all its subsidy and payment dues accruing to FCI and others,” a senior official explained.


This looks improbable in the current context, and will mean that FCI will have to increase its borrowings from NSSF or the market.


According to the FY21 Budget, FCI is projected to borrow some Rs 1.36 trillion from NSSF, which might rise to meet the expenses of the free grain scheme.


Raising the off-budget borrowing or the quantum of loans will in turn add to the economic cost of wheat and rice in FY22.


According to some estimates, almost six per cent of the economic cost of rice and wheat in FY21 will be on account of interest on loans taken by FCI, which will rise if borrowings increase.


Through two tranches of the PM Garib Kalyan Yojana and one of Atmanirbhar Bharat, the central government is projected to distribute some 32 million tonnes (mt) of additional grain in FY21 over and above the usual sale through the public distribution system (PDS) and other welfare schemes of around 55 mt of wheat and rice.


According to the government, it incurred an expenditure of Rs 44,131 crore for distributing grain under the first phase of the Garib Kalyan Yojana, which ran from April to June and through which around 12 mt of wheat and rice were distributed for free to over 750 million beneficiaries.


The subsidy calculation has been arrived at assuming the economic cost of Rs 37.26 per kg for rice and Rs 26.83 per kg for wheat.


In this, an expenditure of Rs 1,930 crore has been added towards transportation and dealers’ margins.


Thus, total subsidy for free distribution comes to around Rs 46,061 crore for the first three months of April, May and June.


Now that the Garib Kalyan Yojana has been extended by another five months, an additional subsidy of Rs 76,000 crore will have to be borne by the government.


Therefore, the total subsidy implication will come to around Rs 1.23 trillion.


Table: Number of farmers who benefitted from wheat MSP over the years (in ‘000)