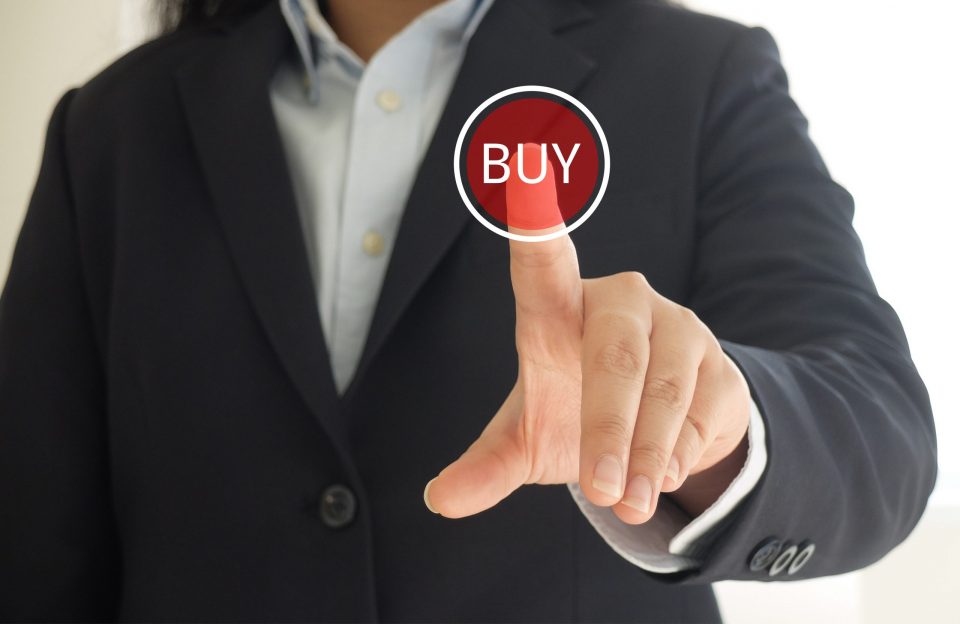 Alibaba (BABA) and Amazon (AMZN) are two of the biggest, most innovative, and impressive companies in the world. They are in many of the same industries but don’t compete head to head due to geography.

BABA‘s operations are concentrated in Asia, while AMZN is mainly in North America. Both companies are very ambitious and laser-focused on growth including expansion into new markets, so it’s only inevitable that they will begin competing more directly.

These returns are due to the companies dominating growth industries like eCommerce, cloud computing, logistics, and delivery. Another similarity is both companies have created new products that are turning into their multi-billion business units.

Amazon started out being an online bookseller but quickly began selling a variety of products. Currently, in addition to selling its own products, much of Amazon’s revenue comes from the marketplace it operates for sellers and buyers. It also provides logistics and delivery services for sellers on its platform.

Amazon’s IT needs were overwhelming the business, and it was not satisfied with any third-party solutions. To meet this need, Amazon created Amazon Web Services (AWS) which has now become the company’s growth driver and is the leading cloud provider in the world.

Alibaba also had humble origins as it started as a business directory that would help Chinese companies connect with foreign and domestic businesses. From this, it started its business-to-business marketplace. Later, it would start a business to commerce marketplace named Taobao, a financial technology company, Ant Group, and a cloud computing company, Ali Cloud.

In essence, both companies have dominant positions in various fast-growing, Internet-based niches. They’ve used the profits and revenues from eCommerce to build businesses in other adjacent areas due to its resources, exceptional management team, and insights into building and scaling Internet businesses.

In eCommerce, Amazon has a 49% market share in the US. In cloud computing, AWS is the number one company with a 33% market share. Remarkably despite their size, both units continue to grow at a rapid rate – eCommerce at 17.2% and AWS at 29%.

Alibaba’s endeavors have also been wildly successful. AliCloud has a 9% global market share in the cloud computing industry but is the largest cloud provider in Asia by far. This unit is also growing by 66% on a year-over-year basis which is faster than all the other mega-cap, tech stocks. Additionally, the Asian market is much less mature in terms of cloud penetration.

Similarly, Ant Group is also another success story for Alibaba. Alibaba started its own financial payments system so that its customers would feel more confident in making transactions with a trusted intermediary.

From this beginning, Ant Financial has turned into a behemoth as it handles payments for its clients and it’s become a platform for the company to sell a variety of financial services including insurance, investment, wealth management, banking to consumers and businesses. Last year Ant Financial handled more payment than Visa (V) and Mastercard (MA) combined.

Ant Financial is expected to go public later this month and raise $35 billion, which would value the company at $250 billion. This would make it one of the most highly valued financial institutions in the world. Currently, Baba holds a 33% stake in Ant Financial.

Ant Financial has a billion monthly users and 711 million active users. It’s the leading digital payments company in China, by a significant amount. Over the past 12 months, it originated 500 million loans and generated $17.7 billion in revenue which was a 42% increase from the previous year.

Alibaba is about half the size of Amazon, with an $812 billion valuation, while Amazon is valued at $1.6 trillion. Both companies have grown into their rich valuations with many years of consecutive, double-digit revenue growth. They’ve also seen an acceleration of their trajectory due to the coronavirus.

From an earnings perspective, BABA is cheaper than AMZN. One factor for its lower multiple has been heightened tensions between the US and China. Politicians and Chinese executives have openly discussed the delisting of Chinese companies from US exchanges.

BABA has been showing relative strength in recent days, as it broke out to a new, all-time high. The stock has a consistent pattern of higher highs and higher lows since the March lows.

As long as the bull market is alive, BABA and AMZN should continue to trend higher. For the last few years, investors have had a limitless appetite for high-growth, tech stocks. These stocks are growing at a massive rate, are in markets that are also getting bigger, and have a dominant position. Recent history tells us that they will continue to outperform and will be able to grow their earnings power.

(BABA is one of the stocks currently in Steve Reitmeister’s Total Return portfolio. Learn more here.)

In the StockNews POWR Ratings, BABA is rated a Strong Buy. It has an “A” among all categories – Trade Grade, Buy & Hold Grade, Peer Grade, and Industry Rank. The stock is also ranked #1 out of 115 stocks in the China industry.

AMZN is also rated a Strong Buy. It has an “A” for Trade Grade and Buy & Hold Grade with a “B” for Industry Rank and Peer Grade. Among Internet stocks, it’s ranked #9 out of 58.

Both BABA and AMZN are great businesses with multiple units that are compounding at rapid rates. Their management teams have already demonstrated an ability to enter new markets as well. And, both companies have made different investments in areas like AI, autonomous driving, cloud analytics, etc, that could turn into future revenue drivers like Ant Group or AWS.

The companies have similarities in terms of cloud divisions and eCommerce. However, BABA also has major fintech exposure which Amazon lacks. It’s also growing slightly faster and is cheaper.

Choosing between AMZN and BABA is like choosing between Michael Jordan or LeBron James. You can’t really go wrong with either pick. But overall, I think BABA is the better buy due to higher upside for Ant Group and AliCloud.

However, investors have to get comfortable with increased political risk. One silver lining is that BABA’s multiples are lower due to this risk which could give it more upside if the risk decreases under a new administration.

AMZN also faces some regulatory risk that could lead to more regulations or antitrust actions under a new administration.

7 Best ETFs for the NEXT Bull Market

About the Author: Jaimini Desai Jaimini Desai has been a financial writer and reporter for nearly a decade. His goal is to help readers identify risks and opportunities in the markets. As a reporter, he covered the bond market, earnings, and economic data, publishing multiple times a day to readers all over the world. Learn more about Jaimini’s background, along with links to his most recent articles. More…

More Resources for the Stocks in this Article

Do the the government should issue another economic stimulus payment? – News Courier