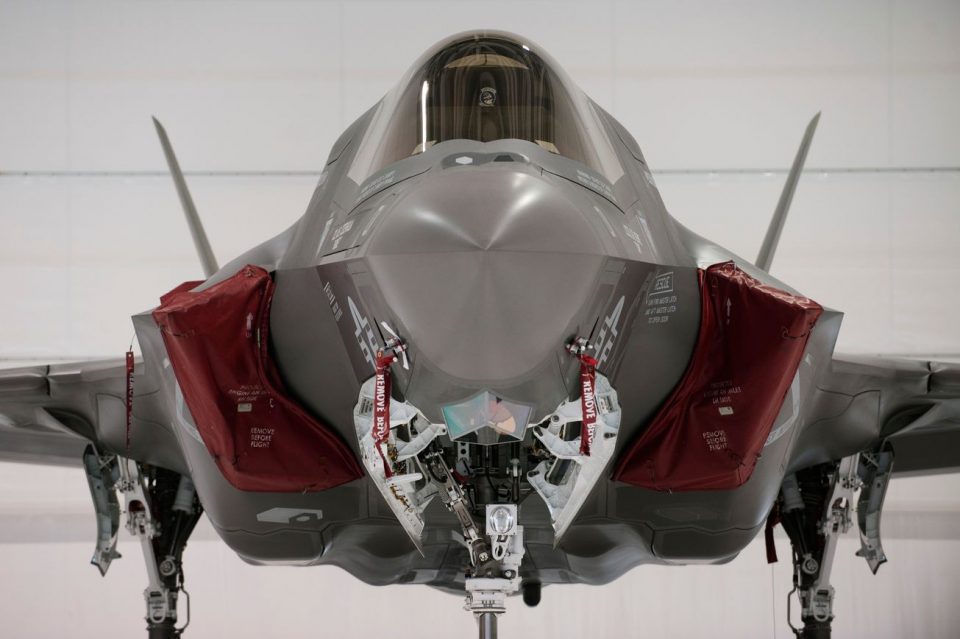 Key point: America builds its weapon systems to last decades. The high-tech F-35 was built to fight and win for at least 50 years.

The Air Force has begun early testing, software development and weapons integration for its upcoming Block 4 variant of the F-35 Joint Strike Fighter, an emerging model intended to give the multi-role fighter a new dimension of attack mission possibilities, service leaders said.

The new version, to emerge in the early 2020s, will add new long-range precision-tracking weapons such as the Small Diameter Bomb II and also integrate a computer-generated automatic ground collision avoidance technology.

“The next step for F-35 weapons integration will be to address the weapon requirements within Block 4. Integration of the Small Diameter Bomb II has already begun, and flight test is scheduled to start as early as 2019,” Capt. Emily Grabowski, Air Force Spokeswoman, told Warrior Maven in a statement.

The current consensus among senior Pentagon weapons developers holds that, at the moment, the F-35 is the most capable 5th generation plane in the world. Maintaining this edge, however, is anticipated to quickly become more and more difficult now that both Russia and China are building 5th-gen stealth fighters.

“Block 4 is important with the national defense strategy to make sure we are modernizing the plane to keep it dominant on the battlefield. We are close to knowing the strategy for how to go after it,” Dr. Will Roper, Assistant Secretary of the Air Force for Acquisition, Technology and Logistics, told a group of reporters.

While the applied impact of Block 4 will incorporate a range of mission-expanding technologies, much of the ongoing preparation work is in the realm of software development, Roper said.

“The physical pieces of the plane are moving in a good direction. Most of what we have left to do is software. The department (DoD) has not historically been good at software development. That will take a little longer. I cannot imagine building anything for the Air Force that is not software intensive,” Roper said.

The Block 4 initiative is part of a long range trajectory planned for the F-35 described by Pentagon developers as C2D2 – Continuous Capability Development and Delivery. The idea, officials say, is to position the multi-role fighter such that it can consistently accommodate new weapons, stealth materials, sensors and guidance technology as it becomes available.

“We own today’s fight,” said Lt. Col. Tucker Hamilton, F-35 Test Director, Edwards AFB, told reporters. However, Tucker went on to say that, in the absence of aggressive modernization, sustainment and various improvement efforts, this will no longer remain the case.

The SDB II, described as a key element of Block 4, is a new air-dropped weapon able to destroy moving targets in all kinds of weather conditions at ranges greater than 40-miles, Air Force and Raytheon officials said.

GPS and laser-guided weapons such as Joint Direct Attack Munitions have been around for decades, however, they have primarily been designed for use against fixed or stationary targets.

While the Air Force currently uses a laser-guided bomb called the GBU-54 able to destroy moving targets, the new SDB II will be able to do this at longer ranges and in all kinds of weather conditions. In addition, the SDB II is built with a two-way, dual-band data link which enables it to change targets or adjust to different target locations while in flight, Raytheon developers told Warrior Maven.

The Small Diameter Bomb II (SDB II ), which has already completed a series of wind tunnel tests, can destroy moving targets in all weather conditions at ranges greater than 40 miles — a Raytheon statement said.

A key part of the SDB II is a technology called a “tri-mode” seeker — a guidance system which can direct the weapon using millimeter wave radar, uncooled imaging infrared guidance and semi-active laser technology.

Raytheon weapons developers say the tri-mode seeker provides a range of guidance and targeting options typically not used together in one system. Millimeter wave radar gives the weapon an ability to navigate through adverse weather, conditions in which other guidance systems might encounter problems reaching or pinpointing targets.

Imagining infrared guidance allows the weapon to track and hone in on heat signatures such as the temperature of an enemy vehicle. With semi-active laser technology, the weapon can be guided to an exact point using a laser designator or laser illuminator coming from the air or the ground, Raytheon officials told Warrior.

Also, the SBD II brings a new ability to track targets in flight through use of a two-way Link 16 and UHF data link, Raytheon officials said.

One Raytheon SDB II developer told Warrior in a previous interview that “the millimeter wave radar turns on first. Then the data link gives it a cue and tells the seeker where to open up and look. Then, the weapon can turn on its IR (infrared) which uses heat seeking technology.”

The SBD II is engineered to weigh only 208 pounds, a lighter weight than most other air dropped bombs, so that eight of them can fit on the inside of an F-35 Joint Strike Fighter, Raytheon officials explained.

If weapons are kept in an internal weapons bay and not rested on an external weapons pod, then an aircraft can succeed in retaining its stealth properties because the shapes or contours of the weapons will not be visible to enemy radar.

About 105 pound of the SDB II is an explosive warhead which encompasses a “blast-frag” capability and a “plasma-jet” technology designed to pierce enemy armor, Raytheon officials explained.

The SDB II also has the ability to classify targets, meaning it could for example be programmed to hit only tanks in a convoy as opposed to other moving vehicles. The weapon can classify tanks, boats or wheeled targets, Raytheon officials added.

Grabowski also told Warrior Maven that, alongside the ongoing integration of the SDB II, the Air Force is progressing with the integration of a technology called Auto-Ground Collision Avoidance System. It is expected to be integrated next year, she added.

The technology, now installed on digital F-16 fighters, uses computer algorithms to take over an aircraft’s flight trajectory and change a potential collision course with the ground or nearby terrain, senior Air Force officials told Warrior.

The technology calculates where the aircraft is and where it would hit the ground based upon the way it is flying at the time, senior Air Force officials told Warrior Maven. If the fighter jet is flying toward a potential collision with the ground, the on-board computer system will override the flight path and pull the aircraft away from the ground.

Osborn previously served at the Pentagon as a Highly Qualified Expert with the Office of the Assistant Secretary of the Army – Acquisition, Logistics & Technology. Osborn has also worked as an anchor and on-air military specialist at national TV networks. He has a Masters in Comparative Literature from Columbia University. This first appeared earlier in 2019.

How to Find the Right Management Software for Your Delivery Business in 2021?

ICT tenders: Heading for the Internet