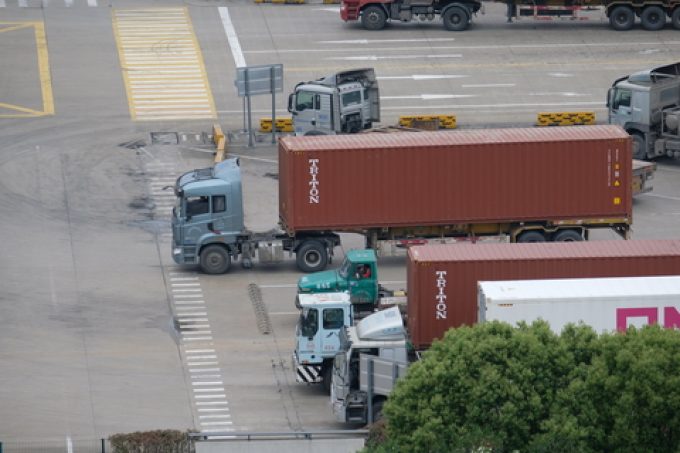 Shanghai-based digital trucking platform Duckbill has raised US$30m in a series-B funding round.

It offers drayage services at the ports of Shanghai, Ningbo, Qingdao and Taicang, with plans to expand to Shenzhen and others in China.

The platform handles 70,000 teu a month, up 200% year on year, with orders subcontracted to a fleet of around 1,000 trucks, which are mostly driver-owned and operated.

“In the future, truck companies will only survive on a large scale. Although the industry has been greatly affected by the epidemic, Duckbill has achieved faster growth than the same period last year, which proves that industry integration has begun and the advantages of leading companies will gradually expand.”

And, according to David Fan, sales manager at local forwarder Twings Supply Chain, China’s trucking market is yet to fully recover.

“Many truck drivers have withdrawn from the market due to the impact of the epidemic,” he told The Loadstar. “And because the work of container transport is very tiring, this profession is not very popular among young people.

“In addition, the current strict environmental protection requirements have forced many older-generation trucks to be eliminated. All these factors have reduced the number of container trucks and drivers in China.”

Moreover, Mr Fan claimed, the emergence of marketplace-based platform companies such as Duckbill had “further disrupted the balance”.

“Platform companies are focused on getting venture capital funding,” he said. “And good looking data is what venture capital companies like. The emergence of these companies will affect the original price system in the short term, impact some small and medium truck companies and even threaten their survival.

“But in the long run, these platform companies will certainly not be able to maintain such low prices. After acquiring customers, they will increase prices after a period of time. Therefore, for the traditional container truck freight market, the fewer such companies the better,” said Mr Fan.

Warm and wild: Three ways La Niña will mess with our summer