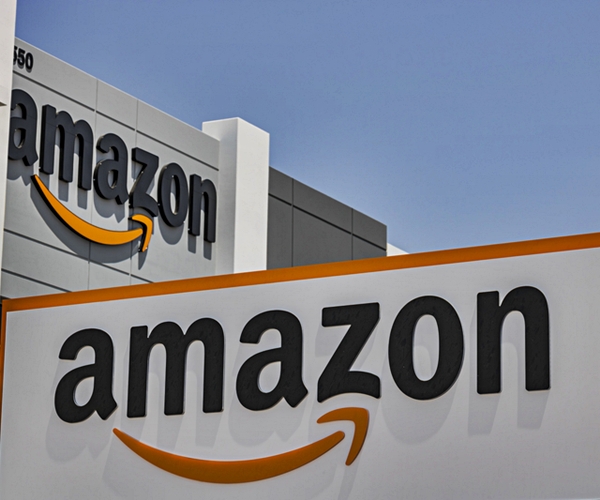 Amazon.com Inc. will likely argue that meddling by President Donald Trump cost the company a cloud-computing contract worth as much as $10 billion as it seeks to overturn a Pentagon decision to award the work to arch-rival Microsoft Corp.

Yet Amazon faces an uphill climb in basing its challenge on those grounds, as legal requirements to successfully appeal a contract award on claims of political interference are high. To prevail, losing bidders must show the agency made its decision as a result of bias — rather than on the merits of the companies’ proposals, according to procurement experts.

“There is not much of a burden of proof on what did the president say,” said David Berteau, president of Professional Services Council, a trade group that represents federal contractors. “The question the Court will look into is what did DoD do based on what the president said?”

For Amazon, the fight isn’t just about a single Pentagon contract but its ability to defend its expertise in the competitive federal contracting world — and the right to say its cloud services are safe and advanced enough to serve even the most complex and risk-averse government clients.

The court challenge — the second involving the cloud bid — also means the Pentagon will likely have to delay starting a technology program the Defense Department has called critical to its modernization. Oracle Corp. is also appealing a July ruling from the U.S. Court of Federal Claims that dismissed its legal challenge to the cloud contract.

Amazon said it filed a notice on Nov. 8 with the U.S. Court of Federal Claims that it plans to formally protest its loss of the Pentagon’s Joint Enterprise Defense Infrastructure or JEDI cloud contract. Amazon could seek to delay the start of the contract while it pursues its case.

“It’s critical for our country that the government and its elected leaders administer procurements objectively and in a manner that is free from political influence,” Amazon spokesman Drew Herdener said in a statement announcing the company’s decision to file a complaint. “Numerous aspects of the JEDI evaluation process contained clear deficiencies, errors, and unmistakable bias — and it’s important that these matters be examined and rectified.”

In July, President Trump stunned lawmakers and technology companies when he openly questioned whether the JEDI contract was being competitively bid, citing complaints from Microsoft, Oracle Corp. and International Business Machines Corp. Trump has long criticized Amazon founder Jeff Bezos on everything from the shipping rates his company pays the U.S. Postal Service to his personal ownership of what Trump calls “the Amazon Washington Post.”

It’s not enough for Amazon to allege that Pentagon employees were aware of the president’s opinion on the contract, said Charles Tiefer, a procurement law professor at the University of Baltimore Law School. The company will have to show the Defense Department took his perspective into consideration when they evaluated bids.

“There is a well-developed doctrine in the Court of Federal Claims that a contract award can be challenged for bias, but it’s a difficult showing for Amazon to make,” said Tiefer. “The requirements to show bias are very high.”

A new book by Guy Snodgrass, a speechwriter to former Defense Secretary Jim Mattis, alleges that Trump, in the summer of 2018, told Mattis to “screw Amazon” and lock it out of the bid. Mattis didn’t do what Trump asked, Snodgrass wrote. Mattis has criticized the book, but hasn’t commented on the allegation concerning Amazon.

The Pentagon JEDI cloud project is intended to modernize the Defense Department’s technology systems and speed up real-time sharing of information across the military. The contract is worth as much as $10 billion over ten years and could offer the winner a bigger foothold in the burgeoning federal cloud market.

While no law prohibits a president from weighing in on a contract, federal agencies must follow strict rules about what they can and can’t consider when making an award decision.

Agencies must choose vendors based on the criteria outlined in their requests for proposals to avoid inviting a successful legal challenge, according to procurement experts. In the case of JEDI, Pentagon officials said they would pick a winner based on companies’ security strategy, proposed price and execution timeline and their ability to offer portable cloud services to the war fighter among other factors.

A study conducted by Rand Corp. found that the U.S Court of Federal claims sustained just 9% of contract protests against the Defense Department from 2008 through 2016. The Government Accountability Office sustained 2.6% of contract protests during the same time period, though a much larger percentage of challenges led the agency to make changes to the procurement decision or terms, according to the study.

Amazon (AMZN) was widely seen as the leading contender for the deal because it is the commercial market leader and already won a 2013 cloud deal from the Central Intelligence Agency, paving the way for the company to earn the highest federal cloud security authorizations.

The White House requested a briefing on the cloud contract after Fox News aired a sharply critical segment by Tucker Carlson in June. The Defense Department prepared a detailed document pushing back on the Fox program in preparation for the briefing, Bloomberg has reported.

Dana Deasy, the Pentagon’s chief information officer, said during his confirmation hearing in late October that to the best of his knowledge, no one from the White House reached out to any members of the JEDI cloud contract selection team. The Pentagon will likely continue to argue in court that political influence played no role in its decision to choose Microsoft.

To help make its case, Amazon could examine whether there are any differences between how the companies’ bids were evaluated by lower level technical staff on the Pentagon’s JEDI selection team and what Pentagon officials with closer access to the White House decided, said Frank Murray Jr., a procurement lawyer and partner at Foley & Lardner LLP. If top Pentagon officials chose Microsoft over the recommendation of their technical employees, that would be significant piece of evidence for Amazon, Murray said.

Amazon could seek documents and interviews with Pentagon staff as part of its legal challenge. Amazon could also argue that the Pentagon erred in the way that it rated the bids from the two companies on metrics such as security, price and technical capabilities.

“The nuts and bolts of the case are going to be: how were the proposals evaluated? And were they reasonable?” Murray said.

If Amazon’s legal challenge is successful, the judge could force the Defense Department to reevaluate the companies’ proposals or even open up the bidding process again, procurement experts said.