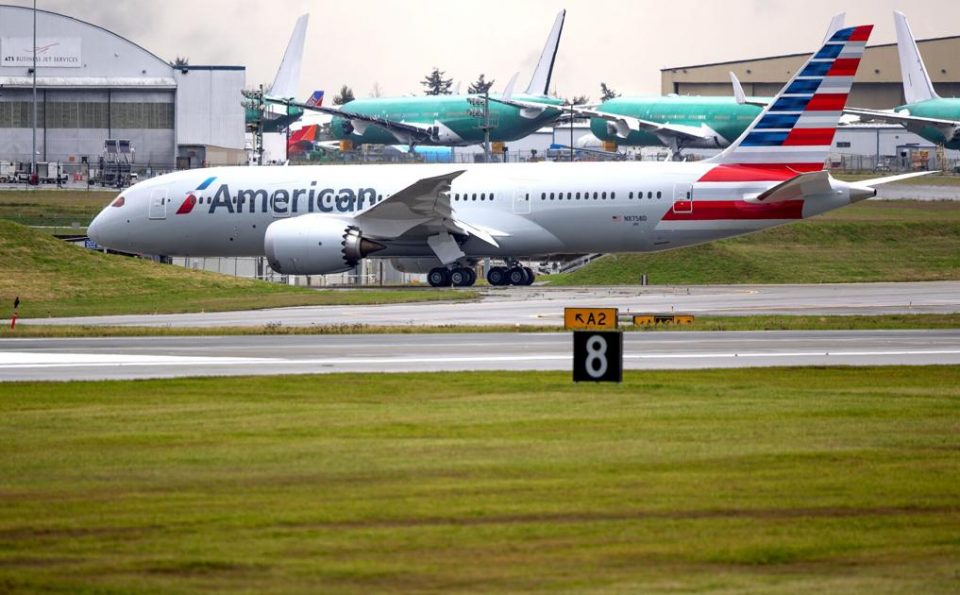 Last year, Amazon — which in the 26 years since its founding in CEO Jeff Bezos’ Clyde Hill garage has emerged as a major player in retail, logistics and cloud computing — surpassed Boeing as the state’s largest private employer, usurping a title the airplane manufacturer had likely held since the post-World War II era, said aerospace historian Cory Graff.

The milestone speaks to the new economic realities wrought by the pandemic, experts say, but also to the increasingly tenuous nature of much blue-collar work, employers’ changing relationship with labor and the rise of a class of highly paid technology workers whose preferences are remaking the Seattle area.

Amazon thrived during the pandemic, due both to booming online shopping and increasing reliance on its cloud-computing services, which power many of the technologies behind remote work and life under lockdown. In its most recent quarterly earnings report, Amazon charted record-high sales and profits; its share price rose 72% last year while Boeing’s dropped 36%.

Alongside Amazon’s record-setting financial performance was a record-setting hiring spree. Globally, the company added more than 400,000 workers in 2020 in what it says is the largest peacetime worker mobilization in history. More than 16,500 of those new hires were in Washington state, where Amazon ended 2020 with more than 80,000 employees, according to a company spokesperson, a nearly 25% increase over 2019.

Boeing, meanwhile, slashed its Washington workforce by nearly 13,000 people last year, as the travel industry’s plunge into the red compounded Boeing’s pre-pandemic financial pain from the lengthy grounding of its 737 MAX aircraft.

At the start of 2020, 71,829 Washingtonians worked for Boeing, according to disclosure forms filed with the state Department of Revenue. By year-end, a combination of voluntary buyouts, layoffs and attrition reduced that number 18% to roughly 58,800 people, with analysts warning job cuts could continue in 2021.

Boeing and its employees are no strangers to cycles of boom and bust, and the effects of the pandemic and reputational fallout from faulty engineering that caused two 737 MAX plane crashes are likely to recede eventually.

Nonetheless, Amazon’s emergence as Washington’s top employer signifies more enduring changes to the state’s economy, said Margaret O’Mara, a professor of history at the University of Washington, where she researches the high-tech industry.

“These two companies are shorthand examples of the changing contours of American capitalism,” O’Mara said. Boeing and Amazon, she said, are “emblems of … the bigger trajectory of labor, of what opportunity is afforded to an American worker.”

Companies’ relationships with labor“Boeing and Amazon are such stark contrasts. It’s two models of the U.S. economy, one based around manufacturing, one around consumption,” said Andrew Hedden, the associate director of the Harry Bridges Center for Labor Studies at the University of Washington. “It’s fascinating that Seattle has been headquarters for both of them.”

Another major contrast, translating into a gulf of differences in how blue-collar workers are paid and treated, Hedden said, is the companies’ relationship with labor.

It’s not that Boeing supports unions, said Jon Holden, the president of the local representing Seattle-area Boeing machinists. He believes Boeing is moving the 787 to South Carolina, a right-to-work state, in part due to the company’s turbulent relationship with organized labor in Washington.

But the company has been forced to negotiate with unions for most of its 104-year history after voluntarily recognizing the International Association of Machinists and Aerospace Workers in 1935 — resulting in famously sturdy wages and ample benefits for union members, who at one point constituted 60% of Boeing’s workforce but now make up roughly one-third. Last year, Boeing machinists earned, on average, $35.88 an hour, said union spokesperson Connie Kelliher.

Charlie Grieser, who worked for 37 years as a Boeing machinist, quality-control inspector and in experimental flight testing and robotics before retiring in 2016, said the job brought him a lifestyle of plenty: A golf- and fishing-filled retirement in sunny Sequim. Educational benefits. New trucks. An adage Grieser is fond of repeating about his time at Boeing: “Come for the fun. Stay for the money.”

That money, as well as preferential hiring policies for senior union members, birthed generations of Boeing “lifers.” On average, machinists work at Boeing for more than a decade, Kelliher said.

Meanwhile, in a reflection of falling union membership nationwide, as well as changing legal standards that make it easier for employers to thwart union organizing, none of Amazon’s American warehouses are unionized. The company has employed a suite of tactics to keep worker organizing at bay, including closing job sites, training managers to extol the merits of a non-unionized workplace, monitoring warehouses for pro-union sentiment and firing employees who speak out about safety conditions at warehouses.

In a statement, the company said it respects employees’ right to “join, form or not to join a labor union or other lawful organization of their own selection, without fear of retaliation, intimidation or harassment.”

In contrast to Boeing’s “lifers,” a job at an Amazon warehouse for most workers is a temporary gig, one whose rhythms are oceans removed from the technical complexity of assembling an aircraft — and from the wages commensurate with such high-skilled work.

Pay starts at $15 an hour, or more in some places. About 813 full-time Amazon workers in Washington use food stamps, the fifth-highest number of any employer in the state, after Safeway, Wal-Mart, Uber and McDonald’s, the federal Government Accountability Office estimated in November.

Starting pay at Amazon warehouses is higher than Washington’s minimum wage, and many workers are afforded a suite of benefits, including health care, upskilling and paid parental leave, the company said in a statement. That some Amazon workers rely on food stamps possibly reflects that Amazon hires a large number of seasonal and temporary employees who may have qualified for assistance if they only worked at Amazon part of the year, the company added.

The churn of tens of thousands of temporary workers through Amazon warehouses underscores, O’Mara said, the increasingly precarious nature of blue-collar work.

The company employs so much seasonal labor that taking into account all of Amazon’s short-term hires — brought onboard for a few months during the holidays — Amazon actually surpassed Boeing as the state’s largest employer in 2019. That year, 81,897 Washingtonians worked for Amazon.

By the end of 2019, though, Amazon employed 63,380 workers, according to tax incentive disclosure forms filed with the state Department of Revenue — meaning roughly 18,500 people, one-third of Amazon’s workforce, didn’t finish the year with the company.

That turnover rate has likely stayed high during Amazon’s coronavirus staffing push: A recent Seattle Times analysis of Amazon’s hiring patterns found that turnover at its warehouses during the pandemic was at least twice that of industry averages.

Certainly, not everyone at Amazon’s warehouses leaves quickly. Some thrive on the rigors of the job, and earn enough to afford to live even in the Puget Sound region, where home prices have increased faster than nearly anywhere else in the country for much of the past five years.

David Romero, a safety manager at Amazon’s Kent fulfillment center, has been with the company for five years, starting as an entry-level associate after serving two tours of duty with the Air Force in Iraq. He owns a home in Spanaway, goes kayaking with his two children on weekends, and said much of his time is consumed by community service projects with an Amazon affinity group for veterans.

“I call them my family,” he said. “We’re able to have that sense of camaraderie.”

Most blue-collar Amazon employees, though, won’t stay with the company as long as Romero — like Max, who asked not to use his last name because he didn’t want to be seen as criticizing his former employer.

Between 2015 and 2019, he worked two stints at Amazon facilities in Seattle and New York. Like many of his co-workers, Max cycled in and out of employment with the commerce behemoth because, he said, it paid the bills and seemed to be one of the only places hiring.

Max described his work, in photo studios producing pictures for Amazon listings, as fast-paced and repetitive, with closely tracked performance metrics. He most recently earned $18 an hour.

“You could make the argument that’s what people want in the gig economy,” he said. But his experience generated a profound sense of malaise, he said, that he was entirely replaceable.

Now living in Idaho, Max drove 300 miles to a recent Seattle protest advocating Amazon return a greater portion of its record 2020 profits to operations and warehouse workers — some of whom, he said, feel so surveilled and anxious about affording necessities like rent that they’re afraid to take bathroom breaks on the job. He also pointed to reports that Amazon warehouse workers suffer on-the-job injuries at rates exceeding industry averages, according to Reveal from The Center for Investigative Reporting. (Amazon has said Reveal’s calculations are inaccurate.)

“The state has a long history of doing well by working people,” she said. “To be the son or grandson of a Boeing machinist whose whole family’s economic trajectory was steadily moving upward, and now the best job you can have is working in a fulfillment center for $15 an hour? It fuels a lot of political discontent.”