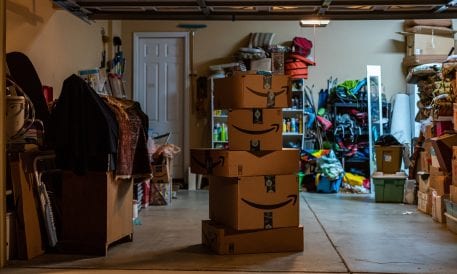 Amazon said on Thursday (Nov. 12) that it is expanding its Key In-Garage Delivery service to Prime members in more than 4,000 cities across the U.S.

Prime members will be able to accept deliveries in their garages using a myQ smart garage opener system that links to Key. Customers can then select free in-garage delivery when placing Amazon orders. Delivery notifications can be viewed through the Key by Amazon app or the Amazon mobile app.

To view a video of the delivery, Amazon customers can use a compatible Ring camera with their Ring Protection Plan or a myQ-powered LiftMaster camera with a myQ Video Storage Subscription.

Amazon will also offer the service for food orders from Whole Markets or Amazon Fresh. The Key In-Garage Grocery Delivery service will initially be available in Chicago, Dallas, Los Angeles, San Francisco and Seattle before expanding to other cities around the country.

First-time Key by Amazon users may be eligible for up to $30 in Amazon credits after their first delivery.

Amazon launched its Key In-Garage Delivery service in early 2019 in an effort to thwart package theft by so-called “porch pirates.”

In January, Amazon announced that it had reached 150 million Prime subscribers. “More people joined Prime this quarter than ever before,” said Amazon CEO Jeff Bezos during the company’s earnings call in January. Amazon’s prior official update was in April of 2018, when it reported more than 100 million members in the program.

The expansion of Amazon’s in-garage delivery service comes as Walmart ramps up its Walmart+ delivery service. A PYMNTS study of a census-balanced sample of 2,165 consumers conducted Oct. 27-28 of this year revealed that roughly 17 percent of U.S. consumers reported having a Walmart+ membership, just a bit more than a month after its launch. That compares to 68 percent of consumers who reported belonging to Amazon Prime. Of the 17 percent with Walmart+, 15 percent are consumers who already had an Amazon Prime account and about 2 percent of them did not.

Meanwhile, customer demand for delivery services has surged during the pandemic. In an interview with Karen Webster, Khaled Naim, co-founder and CEO of Onfleet, which provides last-mile delivery management software to merchants, said year-over-year delivery volume has skyrocketed, with triple-digit increases in some segments and double-digit increases in others.

The PYMNTS Cross-Border Merchant Friction Index analyzes the key friction points experienced by consumers browsing, shopping and paying for purchases on global eCommerce sites. The report examines the checkout processes of 260 EU and U.S.-based B2B and B2C eCommerce sites from across 12 industries and highlights the key traits that can help merchants enhance their checkout experiences.

Trump Suggests Lack of Testing Is No Longer a Problem. Governors Disagree.