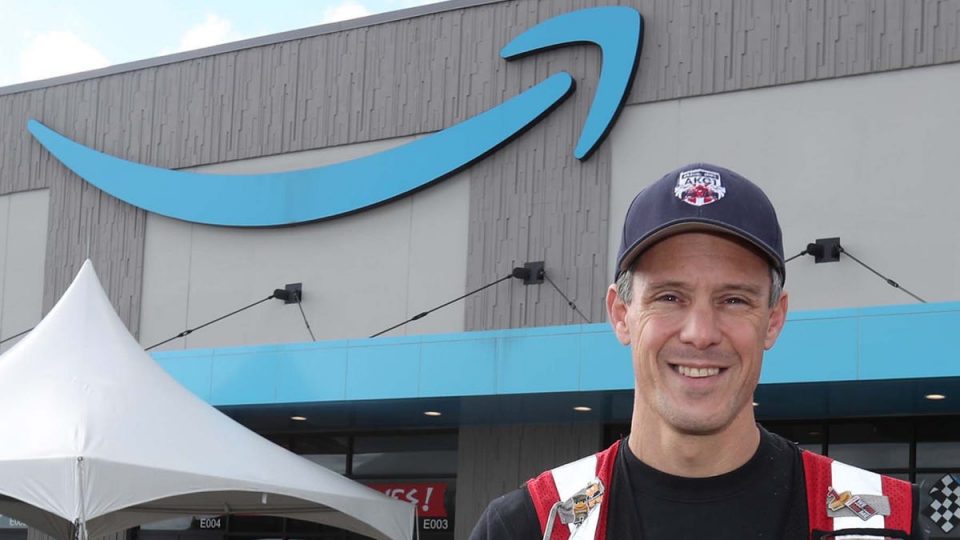 Mike Boorstein isn’t fazed by the labor and supply-chain issues roiling the U.S. economy in the final weeks before Christmas.

As general manager of the Akron Amazon Fulfillment Center, he is in charge of 4,000-plus employees, 100 managers and 10,000 robotic helpers, all tasked with getting consumers what they want and when they want it.

And Amazon Akron is ready for the full Yule demand, he said.

“We spent the year loading up on inventory,” Boorstein said in a recent phone interview. “We are pretty well-positioned for the holiday season.”

It’s a position many local and national businesses would envy. As the COVID-19 pandemic continues to buffet the economy, companies have struggled to find workers reluctant to rejoin the workforce.

Amazon itself is running an advertising blitz recruiting workers at a starting wage of $15 per hour, with health care benefits. Bloomberg News reports that the company’s entry-level workers can earn more than some managers with ample overtime shifts.

In Akron, Boorstein said the center remains in a hiring mode, touting a $3,000 bonus that’s paid out over 90 days to lure new employees.

“This holiday season we’re hiring hundreds at our Akron fulfillment center,” he said.

The massive needs of the 2.5 million-square-foot facility also create opportunities for employees to advance quickly, he said.

“Just in the last two weeks, [we] promoted eight team members to the management ranks,” he said. “There is a path to advancement in Amazon that is faster and a little more broad &mldr; than you see elsewhere.”

The center celebrated its first anniversary Nov. 1, and in that time has ramped up to deliver a half-million items a day.

“We are one of the highest-volume sites, in terms of shipping to customers, in the area,” he said.

The Akron center isn’t the area’s largest, he said, but it is more modern, incorporating ever-evolving changes the company discovers as it expands. Boorstein said the Akron facility is constantly looking for ways to update and streamline its operations, with ideas often being generated from within the center.

The improvements can be very basic, he said.

“How the material that goes in the package &mldr; is distributed and goes to where it’s packed,” he said. “[What’s a] more efficient way to distribute it?”

None of the space in the four-story center goes to waste, Boorstein said.

“Our entire roof is now covered with solar panels [with] 4-megawatt capacity,” he said.

It wouldn’t be enough to power the entire center, he said, but could provide enough electricity for 400 to 900 homes, according to U.S. Nuclear Regulatory Commission statistics.

Despite its vast size, the center doesn’t house any food establishments, providing the basics with vending machines and microwave ovens.

Employees also keep food, coffee and other establishments located near the facility busy, he said.

“We keep the Taco Bell across the street in pretty good shape,” he said.

Boorstein said Amazon in Akron and across the U.S. has tried to position itself this year to keep Christmas merry for consumers.

Nationally, Bloomberg News reports, the company planned to hire 150,000 seasonal employees to deal with the holiday crush. It’s also been chartering ships to obscure ports to avoid the dysfunctional Port of Los Angeles — where ships have been unable to unload their products in a timely manner — and running half-full delivery trucks.

Akron is doing its part in the Amazon system to keep things moving, Boorstein said.

“I think the company has really worked hard to make sure we’re ready for the holiday season,” he said. “[In Akron] we are focused on the inventory that comes to our location &mldr; We work almost around the clock.”

Leave a message for Alan Ashworth at 330-996-3859 or email him at [email protected] Follow him on Twitter at @newsalanbeaconj.