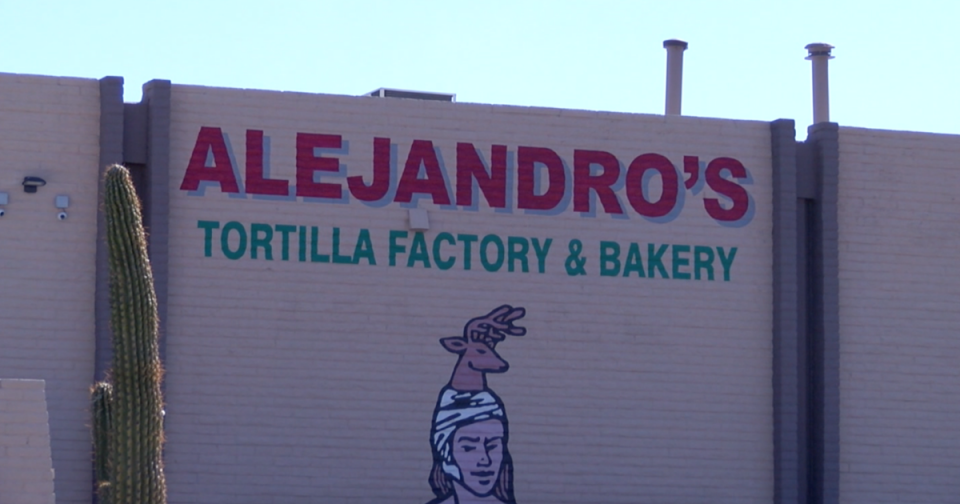 TUCSON, Ariz. (KGUN) — Alejadro’s Tortilla Factory has been serving fresh tortillas to Tucson for more than 30 years. Ricardo Cazares, the co-owner of the business, said that since then they’ve expanded their business area.

“We do the whole state of Arizona now,” Cazares said.

To help their efforts, they moved to a larger factory six months ago. Cazares said it was difficult to move in the middle of a pandemic.

“It was a little bit hard because it slowed down everything from inspections and construction and even our equipment,” Cazares said. “It took us longer than expected.”

Tortillas from Alejandro’s Tortilla Factory are available in a number of grocery stores across Arizona. Cazares says the goal is to make them as fresh as possible.

“I am going to say there is nothing like making a 100% handmade tortilla,” Cazares said. “But we try to get as close as we can.”

Cazares says the secret to his success is love.

“Well I guess our secret more than anything else is a lot of love,” Cazares said. “You got to love what you are doing.”

Fire Breaks Out At Mask Manufacturing Factory In Delhi, One Dead