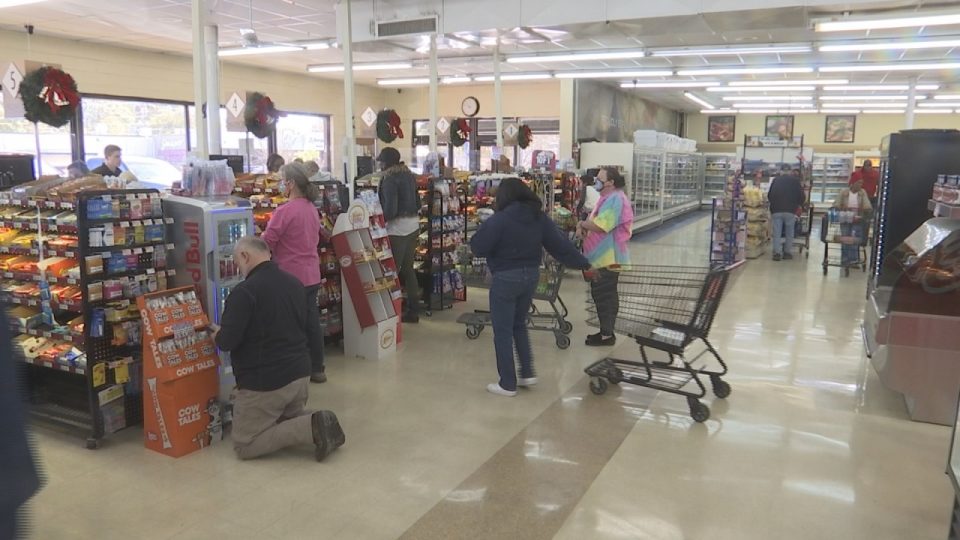 JASPER, Ala. (WIAT) — Central Alabama grocers are trying to keep up with increased costs and supply chain issues as more shoppers attempt to buy Thanksgiving staples.

Store managers have been preparing for months for what is usually the busiest time of year.

“We actually started buying up stuff back in the summer trying to get ready for the holidays because we knew then the supply chain was already strained then,” said Terry Merchant, manager for Son’s Supermarket in Jasper.

Merchant said customers have been patient, but admits it is frustrating. Smaller grocery stores are likely to see more challenges than larger stores.

“I do think it is harder for a small, independent store because we don’t have the resources like a big chain has,” said Merchant.

Son’s Supermarket is able to purchase products from two different warehouses. So far, Merchant has been able to keep most of the holiday favorites in stock, but they’ve had to get creative.

“If they are looking for a certain sage, we might not have their brand, but we do have sage, cranberry sauce, and all the fixins for everything,” Merchant said.

Other small stores in Alabama are also feeling the impacts. At S & S Foods in Cleveland, owner Donald Estes said he only receives about 60 percent of what he orders.

“A lot of times when we may order 10 cases of a product, we might get one, might get two on allocation. Sometimes you don’t get none. It’s been the luck of the draw,” said Estes.

Estes also owns two other stores in Dodge City and Holly Pond. His Cleveland store needed reinforcements of cranberry sauce to keep up with demand Wednesday.

Other popular items are also difficult to find.

“Right now, I don’t have any buttermilk, I don’t have a lot of the eggs, eggs are a little bit short, and the pie shells, they’re working their way down,” said Estes.

With many customers unable to travel because of the pandemic last year, managers expect more traffic this holiday season.

Unfortunately, both customers and grocers are paying more for products.

“The turkeys is up this year roughly 20 percent, hams is up 20 percent,” Estes continued. “Everybody is paying more. We are here and the customer has to pay more just because of the demand and everything for it, but we’ve got a lot of items that we haven’t had in 4 to 5 weeks at all.”

Once Thanksgiving passes, stores will have the challenge of stockpiling products for Christmas and Hanukkah.