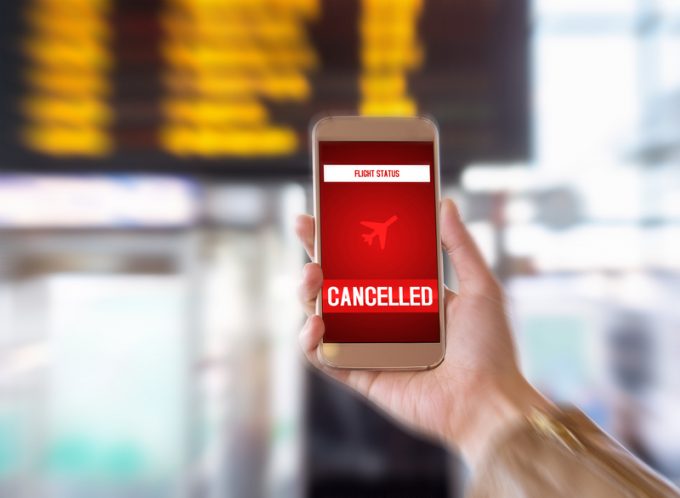 Airlines and forwarders are beginning to release their plans for transatlantic air freight over the coming weeks – and rates are starting to surge.

Some carriers have promised existing bookings will be honoured for between two days and a week, after which there will be rolling bookings, while forwarders are talking of being quoted from €6.50 per kilo to £10 per kg out of the UK into the US, which is “unheard of”.

Companies are trying to ensure air freight routes out of mainland Europe to the US are maintained. Geodis announced this morning it is launching a four-times-a-week round-trip service next week. It will operate from Liege to Chicago, with connecting services to US and European gateways.

Dachser said it was extending its chartered air freight service between Frankfurt and China. From Monday, it will offer round trips to the US, Latin America and Frankfurt, to Shanghai.

“This programme puts us in a position to offer a robust and reliable premium air service to Asia for our customers in the Americas as well,” said Timo Stroh, head of global air freight.

“We are ready for whatever happens on the air freight market in the coming weeks, and fully appreciate being in a position to tackle the challenges of the future today.”

But despite various new arrangements, Flexport warned shippers that they could face shortages as available capacity plummets.

“There will inevitably be some supply chain bottlenecks and inventory shortages as a result of longer transit times and fewer connections and opportunities on a per airport-pair-basis,” said Jan van Casteren, vice president Europe.

“For businesses trading in the US, it’s imperative that they prepare for space limitations over the coming weeks, and fluctuations in freight costs as a result.”

He advised: “There are a number of steps organisations can take to minimise potential delays and unexpected costs, and supply chain visibility will be crucial when planning and forecasting for any disruption.”

Flexport said it would use its real-time visibility to help shippers choose the best routings.

“This might be looking at moving cargo onto flights from the UK, while they still remain in operation, onto charter flights or ocean liners, or onto flights to neighbouring countries like Mexico or Canada, and then using cross-border trucking services.”

Lufthansa Group said its passenger airlines would continue to fly to Chicago, Newark and Washington and that it was drawing up a special flight schedule. However, all the group’s other flights to the US are suspended until further notice. Canada flights will continue. Its freighter services will also operate as per the schedule, apart from to China. You can find the details here.

A spokesperson added: “If a shipment is affected by flight cancellations or changes, it will be rebooked automatically.”

Delata, which, with partners AF-KLM and Virgin, make up nearly one-quarter of transatlantic market share, said its last westbound flights to six destinations was today. It has also placed an embargo on pet transport and human remains.

IAG Cargo, as yet unaffected by President Trump’s travel ban, said it was  “still open for business on transatlantic routes”, but advised customers to “stay in close conversation with your local sales representative”.

As one forwarder noted, pointing to the carrier announcements: “Their rates have jumped though, unsurprisingly. They didn’t mention that part.

“What a world we live in. You couldn’t have made this up two months back.”

And to illustrate that point, two charts released today by the TAC Index summarise the craziness rather well. 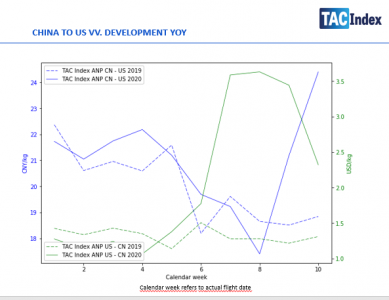 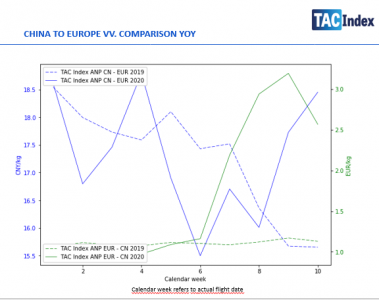 Tomlinson: Coronavirus threatens with an economic recession, depends on what governments do next

Whether Shipping by Planes, Trains or Automobiles, the Future of Freight is Evolving