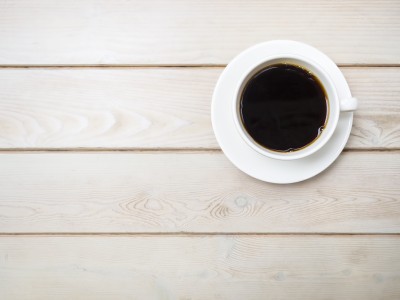 SAP has announced a new leader of the SAP Intelligent Spend and Business Network Group, which oversees SAP Ariba, SAP Fieldglass, S/4HANA Operational Procurement and SAP Concur. John Wookey, who has returned to SAP from his recent role at Salesforce, will lead the group. He replaces Michael Weingartner, who is taking a new role at SAP.

Also, Chris Haydon is leaving SAP after being the president of the Intelligent Spend Group’s SAP Procurement Solutions unit, which focused on Ariba, Fieldglass and S/4HANA Procurement.

According to a press release, Wookey will report to Thomas Saueressig, member of the Executive Board of SAP SE for SAP Product Engineering, and Wookey will be based in Silicon Valley.

“Integration is top priority for our customers,” Saueressig said in the press release. “John’s experience guiding companies through all development phases — including business-needs analysis, design, development and deployment — will help us deliver on this promise to companies that rely on SAP to run their businesses.”

Weingartner, who led Intelligent Spend Management, will succeed Gunther Rothermel as president of SAP Cloud Platform, based in Seattle, Washington. Rothermel will be the head of SAP S/4HANA Sustainability, according to the press release.

“John Wookey is perhaps the heaviest possible hitter SAP could recruit (or bring back) to lead this business unit,” said Jason Busch, Founder of Azul Partners and Spend Matters. “This is a big deal and is suggestive of the substantive investments that SAP is making.”

Hurricane Delta is forecasted to make landfall Friday evening somewhere on the Southwestern Louisiana coast as a Category 2 or 3 storm, according to the Associated Press.

Delta is a large hurricane with a high likelihood of dangerous storm surge. The National Hurricane center placed a hurricane warning in place for the Gulf Coast from High Island, Texas, to Morgan City. Shortly after dawn, the first tropical storm-force winds reached the coast, while the eye of the hurricane was about 160 miles south of Cameron, the article said.

Delta clipped Mexico’s Yucatan Peninsula as a Category 2 hurricane near Cancun early Wednesday. This storm marks the sixth time this season that Louisiana has been threatened by tropical storms or hurricanes, and Delta is the 25th named storm of the Atlantic hurricane season. Most recently, Hurricane Laura hit the southwestern part of the state on Aug. 27.

ProcureWise, the new kid on the block

ProcureWise, which refers to itself as a “next generation VMS enabling Total Talent Management,” joins a new crop of solution providers (including Renhead, Simplify Workforce and VNDLY) which are now offering organizations broad capabilities to address today’s and tomorrow’s extended workforce and total talent management requirements based on state-of-the-art technology and architecture.

This week, Spend Matters analysts assessed solutions from Graphite Systems, a supplier relationship management vendor. Analysts also covered the biggest news in the contingent workforce market last month. Our PRO subscribers can read the full articles, but all readers get a lengthy intro that frames the issues being discussed. (Subscribe to PRO content here.) This week:

Never miss out on Spend Matters news — sign up for our newsletter!

Report of the president: Appointments and promotions