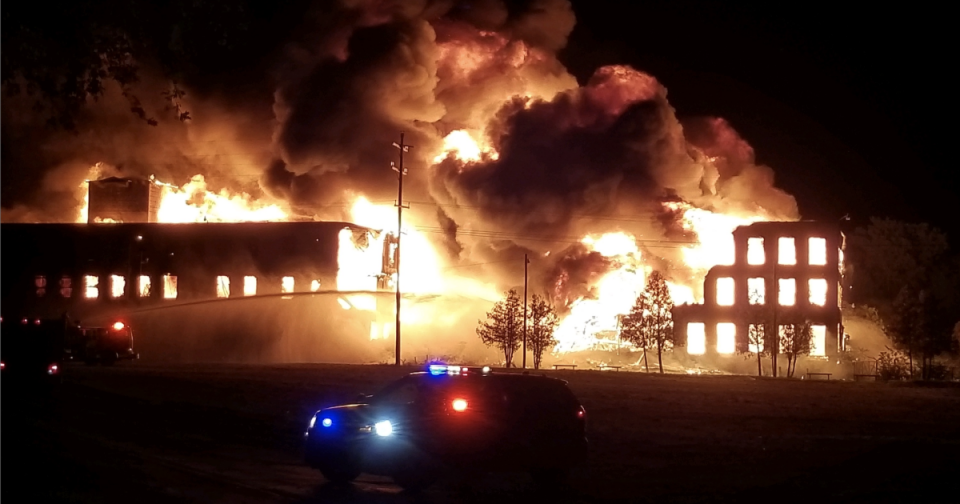 HASTINGS, Mich. — More details are emerging surrounding the fire that destroyed a century-old building in Hastings on Wednesday.

The owner of that building said they were planning to use the space for affordable housing.

Smoke was still billowing in some areas on Thursday at E. Mill Street and N. Hanover Street in Hastings. The fire chief said they came back Thursday morning for five and a half hours to put more water on the rubble.

“We had a lot of small kindling fires that kicked up in the middle of the night,” said the Hastings Fire Department Chief Roger Caris.

After fighting the fire for more than ten hours on Wednesday and using over 600,000 gallons of water, Hastings Fire Department said their work was done, at least for now.

“We are just leaving it undetermined at this point in time. If things come back to tell us possibly there was someone in it or somebody set it, then we will make some further investigations,” said Caris.

Now, the owner of the building, the Barry Community Foundation is looking towards what’s next for the property.

“We called it the “Royal Coach Target Neighborhood Development”, and so our plan in the first phase was to rehab that building and turn it into about 70 units,” said Gettys.

That’s around 70 units of affordable housing they had planned just for phase one.

The second phase included townhomes on one side and senior living on the other.

Now Barry Community Foundation is worried they might lose the housing tax credit based on the fact it was a historical building.

“Just like anything else, things are based on data. If you don’t have the historical piece to the application, will that mitigate even being able to do the application? Will it even qualify anymore?,” said Gettys.

With over a year of planning in the works, they’re now looking for new ways to provide the housing that was initially planned.

There is one remaining building left standing on the property, a warehouse.

The Barry Community Foundation is hoping to use that piece as the historical aspect to still gain some of the tax credit.

The owner said it would usually be up to an insurance investigator to determine the cause, but the property had been empty so long, they weren’t able to get it insured.