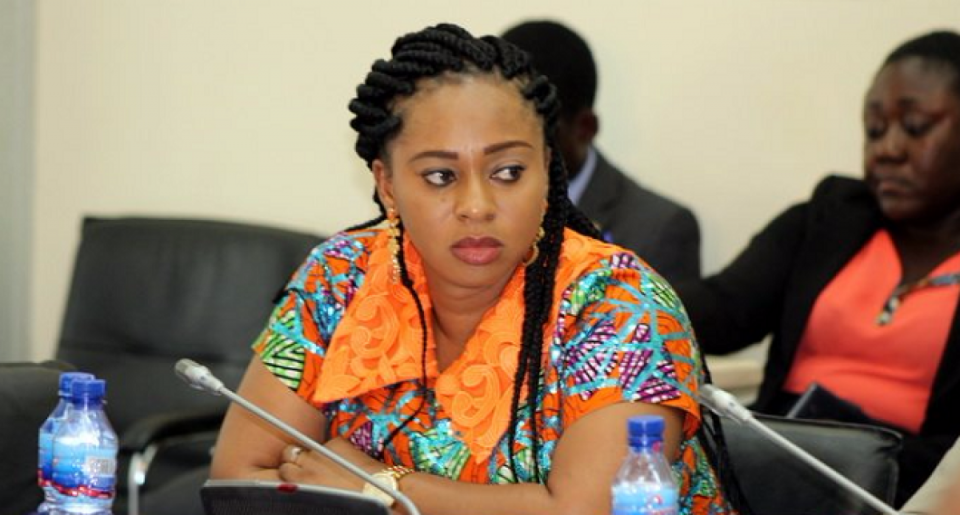 Former Minister of State in Charge of Public Procurement, Sarah Adwoa Safo has been appointed as the substantive Minister-designate for Gender, Children and Social Protection.

The announcement by the Director of Communications at the Presidency, Eugene Arhin follows weeks of speculation after reports that her former Ministry was to be scrapped in the second term of Akufo-Addo’s administration.

Her appointment in 2017 added to some 13 others announced as Ministers of State at the Presidency, when the Akufo-Addo led government took over from the erstwhile Mahama administration.

She was deputy Majority Leader in the 7th Parliament and is the only female MP in the country to ascend to the number 2 position on the Majority front.

She had her basic education under the tutelage of her father.

At age 17, she entered the University of Ghana, Legon, where she studied law and graduated with a Bachelor of Law (L.L.B.) degree in 2002.

She furthered her education at the George Washington University Law School in the United States where she obtained a Masters of Law Degree (LLM) in Government Procurement Law in 2005.

She worked briefly with the Office of the Attorney General for the District of Colombia, Washington DC in the United States and thereafter returned to Ghana in 2005.

The legislator joined the law firm Kulendu @ Law, then Zoe, Akyea & Co, as a private legal practitioner and concurrently served on the Mediation Committee of the Legal Aid Board of Ghana as a Mediator.

She was also the first legal advisor to the Legal Department of the PPA, Ghana for two years and was very instrumental in the formulation of the proposals that formed the basis for the creation of the Appeals and Complaint Panel of PPA and the change of the name Public Procurement Board to Public Procurement Authority.

Before her current appointment, she served in the first Akufo-Addo administration as a Minister of State in Charge of Government Procurement from 2017 till 2021.

Adwoa Safo will be replacing Madam Cynthia Mamle Morrison who took over from Otiko Afisa Djaba as the Gender Minister on August 9, 2018.

She is married with two children.

Vitamins Procurement Intelligence Report with Roadmap for Recovery from COVID-19