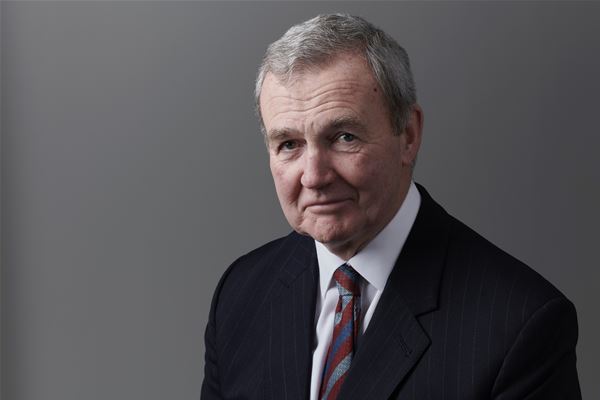 LONDON – Avonhurst today announced that that it is enhancing its Political Strategy Services offering with the hire of four new Senior Advisors: Lord (Gavin) Barwell; Sean West; General, the Lord (Nick) Houghton; and Andrew Dowler. They will be joining Head of Global Political Strategy, Tina Fordham, who joined the firm in January 2020 from Citigroup, where she was managing director and chief political analyst. Launched in 2019, Avonhurst is a political risk and legal advisory firm dedicated to representing sophisticated capital.

Lord Barwell served as Chief of Staff to the Prime Minister from June 2017 to July 2019. Before that, he was the Member of Parliament for Croydon Central, and Minister of State for Housing and Planning and Minister for London at the Department for Communities and Local Government.

West is co-founder of ‘knowledge economy’ technology company ProfeTech and was previously at prominent global affairs research, advisory and consulting firm Eurasia Group, where he was the founding CEO of the firm’s innovation business and drove global expansion as Deputy CEO of the firm.

Lord Houghton was formerly the UK’s Chief of Defence Staff and is now a crossbench Peer in the House of Lords, a strategic advisor to multi-national corporates and Constable of The Tower of London.

Dowler previously worked for Blackstone, the largest alternative assets investment firm in the world as a Managing Director responsible for the public positioning of the firm and its investment platforms across Europe, including government relations.

Jonathan Bloom, Chief Executive of Avonhurst, comments:
“In a rapidly changing and increasingly uncertain political landscape, our sophisticated capital client base is seeking guidance in this area now more than ever. The arrival of four such senior hires complements our already strong Political Strategy Services offering, bringing unparalleled expertise and insight.

“They will work alongside Head of Global Political Strategy, Tina Fordham and a team of associates across our political and legal functions. This seamless approach reflects our commitment to meeting the needs of our clients across legal, legislative and political advisory, and capital services.”

NOTES TO EDITORS
Launched in July 2019 with a substantial client portfolio, Avonhurst is dedicated to meeting the changing needs of sophisticated capital by providing a bespoke offering comprising legal, legislative / political risk advisory and capital services. A group of market-leading founders and influencers from the legal world have created a revolutionary advisory business dedicated to helping funds, capital providers, corporate borrowers and issuers, and secured lenders, navigate the complexities of ever-changing markets.

Lord (Gavin) Barwell served as Chief of Staff to the Prime Minister from June 2017 to July 2019, and was the Member of Parliament for Croydon Central from May 2010 until June 2017. In October 2013, David Cameron appointed him as a Government Whip and subsequently promoted him within the Whips Office. Between July 2015 and June 2016, he was responsible for day-to-day management of business in the House of Commons, giving him an unparalleled understanding of how Parliament and the legislative process works. In July 2016, Theresa May appointed him as Minister of State for Housing and Planning and Minister for London at the Department for Communities and Local Government.

Sean West is a Senior Advisor to Avonhurst and co-founder of ProfeTech, a technology company which builds products for the knowledge economy, providing embedded advisory to a select group of start-ups, enterprises and investors. Prior to that, Sean spent more than a decade building multiple businesses at Eurasia Group. He was the founding CEO of the firm’s innovation business and founded and fronted Eurasia Group’s market-leading proposition in the US political risk space.

General, the Lord (Nick) Houghton is a former United Kingdom Chief of Defence Staff and is now the Constable of The Tower of London and a crossbench Peer in the House of Lords. In a 43-year military career, he served seven times in Northern Ireland, earning operational awards as both a Commanding Officer and a Brigade Commander in Belfast. He was the Deputy Commander of the Multi-National Force Iraq in 2005-06, Chief of Joint Operations from 2006-09, in charge of all overseas operations of UK Forces, and both Vice Chief then Chief of Defence Staff over the period 2009-16. He was the Colonel Commandant of the Intelligence Corps and the founding Colonel of the Yorkshire Regiment.

Andrew Dowler has over thirty years of communications and public affairs experience working on numerous high-profile mergers and acquisitions, IPOs, restructurings and private equity deals. Andrew worked for Blackstone for the last decade. He began his career as a political researcher and speechwriter and holds a B.Sc. (Hons) in Politics from the University of Southampton.

Wuhan virus: Mask distribution to begin on Saturday at 200 RC centres, residents urged to check where and when, Singapore News & Top Stories

Brexit arrives but ‘the unknown’ still looms over Northern Ireland