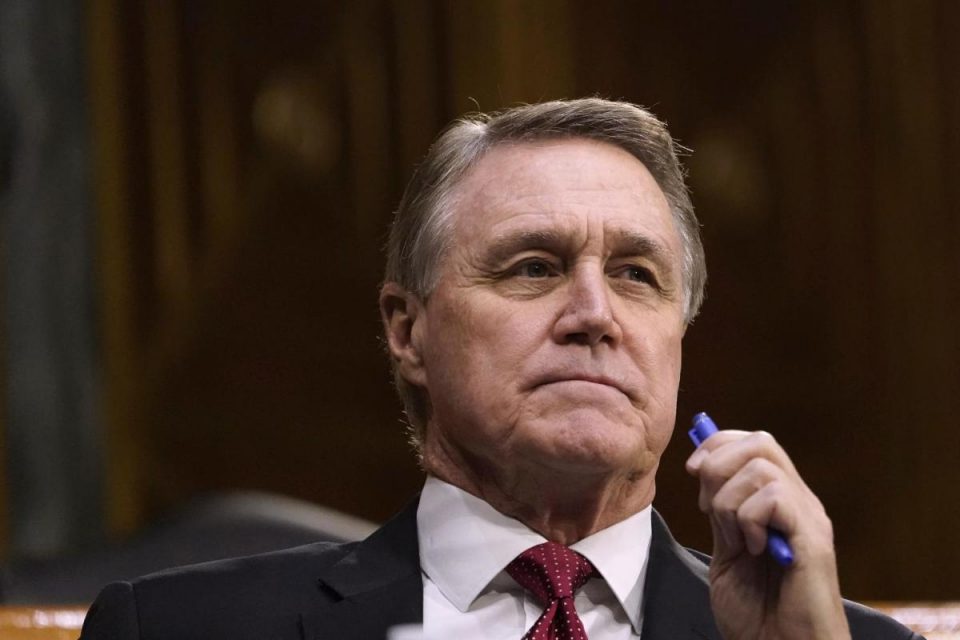 ATLANTA (AP) — On TV and online, a seemingly endless stream of ads accuse Republican Sen. David Perdue of being “corrupt” and “out for himself.” The senator isn’t pulling any counterpunches, casting his Democratic rival as “too radical” and backing a “socialist agenda.”

With in-person campaigning dampened by the coronavirus, advertising has taken on even greater importance in Perdue’s race against Democrat Jon Ossoff. Polls show a neck-and-neck battle and the candidates, as well as outside groups, are spending huge sums on primetime TV spots that often run back-to-back.

Ads in the race between Perdue, 70, and Ossoff, 33, have at times been downright nasty.

“The politics of 2020 right now is no-holds-barred. It’s bare-knuckle,” said Kerwin Swint, a professor of political science at Kennesaw State University. “So it fits the moment.”

More than $150 million has been committed to ads in both of Georgia’s Senate races combined, including past spending and future reservations, according to the data.

Perdue, the former CEO of Dollar General and Reebok, is running for a second term as Republicans try to hold the White House and Senate majority.

Ossoff is the CEO of a company that produces investigative reports on corruption for news organizations. He gained notoriety by breaking fundraising records during a 2017 special election loss for a U.S. House seat.

Not surprisingly, each campaign accuses the other of embracing mudslinging over substance.

In a recent attack ad by Perdue’s campaign, a narrator intones: “Riots destroying cities. Officers hunted down. But Jon Ossoff supports defunding police.” Footage of fire and destruction plays in the background. Ossoff has repeatedly said he does not support defunding police and instead wants reform.

Another Perdue ad falsely claims that Ossoff has been endorsed by the Communist Party USA. Perdue’s campaign has stuck by the ad despite evidence that it never happened.

And in July, Perdue’s campaign was forced to take down a digital ad featuring a manipulated picture of Ossoff, who is Jewish, with an enlarged nose.

Ossoff called it “the oldest, most obvious, least original anti-Semitic trope in history.” Perdue’s campaign said the senator has a record of “standing firmly against anti-Semitism” and said the ad was an “unintentional error” by an outside vendor.

Other ads from Perdue tout his experience in the Senate and his record creating jobs in business.

In his ads, Ossoff has sought to use Perdue’s own words to highlight the senator’s close relationship to Trump, amid growing dissatisfaction with the president’s handling of the coronavirus pandemic. Perdue has been one of Trump’s staunchest defenders in the Senate, though his own ads are completely devoid of any connection to the president.

One ad from Ossoff’s campaign that debuted over the summer cuts together statements from Trump and Perdue downplaying the seriousness of the coronavirus pandemic, which has killed more than 213,00 people in the U.S.

“The risk to the American people remains very low,” Trump says in an audio clip. “The risk of this virus still remains low,” Perdue says in a clip that follows. “We’ve had flus before,” audio from Trump says, followed by Perdue saying, “We’ve had ordinary flu seasons with more deaths.”

Perdue’s campaign defended his record on the pandemic, saying he “has secured billions of dollars in assistance for families while working with the medical community to secure PPE and life-saving drugs.”

Ossoff has also positioned himself as someone who will fight corruption and work to reform health care. In another ad, Ossoff says he’ll work to change a law that blocks Medicare from negotiating with drug companies in order to lower prescription drug prices, calling the arrangement “straight up corruption.”

Both campaigns have largely avoided holding big public rallies because of COVID-19.

Ossoff has skirted in-person events in favor of virtual townhalls, holding just a handful of in-person gatherings over the past few months with mask requirements, safety measures and social distancing in place.

Perdue has also transitioned to virtual meetings but has been slightly more bullish on in-person events. His campaign says he attended 15 events in the month of September with masks, social distancing and additional precautions. He attended a Sept. 25 rally for Trump in Cobb County where few people in the tightly packed audience wore masks.

Perdue and Ossoff are set to have three debates, the first of which is Monday.

In Georgia’s other Senate race, Republican Sen. Kelly Loeffler is trying to hold the seat she was appointed to less than a year ago. Other top candidates in that race include Democrat Raphael Warnock and Republican Rep. Doug Collins.

ABA offers political lifeline on masks, and banks are relieved