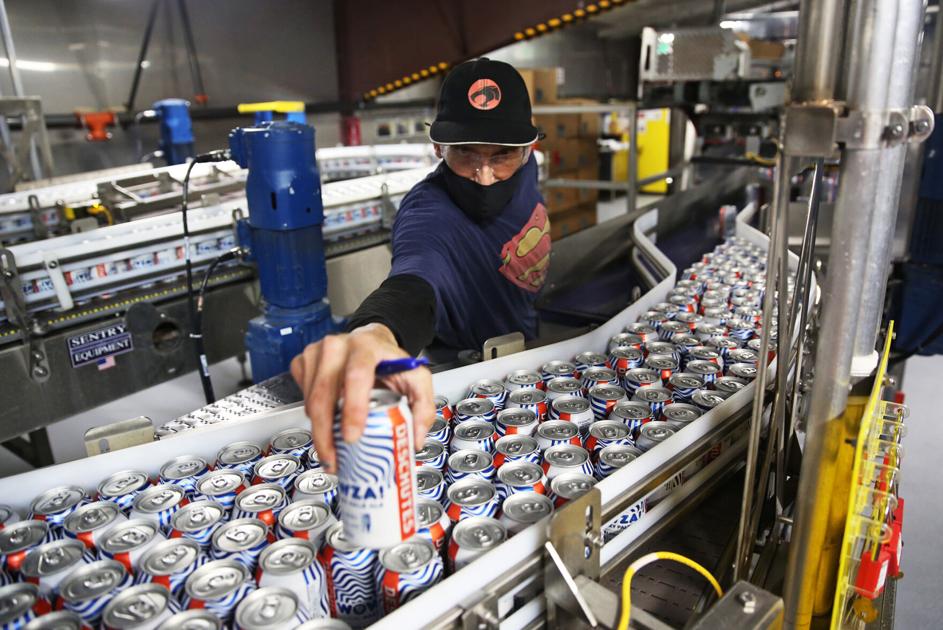 Add to the growing list of items that are hard to find: aluminum cans.

A nationwide shortage of aluminum cans is crimping the style of Bend’s bevy of craft beer makers. As consumers drink more canned beverages at home, the pressure is placed on the supply of aluminum. Typically breweries sell more draught beer to bars and restaurants, then packaged product, but COVID-19 has turned that on its ear.

The shortage started off slowly as consumers drove the demand for hard seltzer and sparkling water. But as more breweries have had to pivot from selling most of their beer in large kegs to bars and restaurants to canned products, the shortage has increased.

“Given the recent unprecedented surge in demand, certain canned (beverages) have been in short supply,” said Scott McCarty, Ball Beverage Packaging North and Central America director of strategic communications, in an email.

Summer is usually a peak season for canned beverages, according to the Colorado-based metal can manufacturer. But no one anticipated a shortage.

Ball is working with its customers to minimize the short-term impacts by distributing cans from its plant and improving efficiency and production to meet demand, McCarty said.

“To support long-term domestic can growth, we are aggressively expanding out U.S. can manufacturing producing by installing two new lines in existing facilities and building two state-of-the-art plants in Glendale, Arizona, and another yet-to-be chosen site in the northeastern United States.”

Compounding the beverage container situation is President Donald Trump’s announcement that he would reinstate the 10% tariff on Canadian aluminum to help American producers.

“Aluminum cans are now the majority of packaged volume for small brewers, and total can demand had jumped in the COVID-era as demand for draught beer has shifted into great demand for packaged beer,” said Bart Watson, Brewers Association chief economist.

Cans are one way craft brewers can make up for lost revenue from decreased draught sales and lost taproom traffic, Watson said. But that only works if they have a reliable source of canning.

Roger Worthington, founder of Worthy Brewing in Bend, said his company sold excess blank cans to Boneyard Brewing, which is one of the Bend businesses that began canning its beer during the pandemic.

Before the pandemic hit in March, Goodlife sold about 65% of its products in cans; now it is about 90%, Barnett said.

“The manufacturers are producing as much as they can,” Barnett said. “It’s because restaurants are not open or buying as much, so brewers are moving to packaged beer, and aluminum cans are a cost-effective way to package.

“Everyone’s trying to figure it out. We’ll probably be in this high demand for cans for the next year.”

What this means for Central Oregon brewers is smaller profit margins as they seek to can more of their products. Michael LaLonde, Deschutes Brewery’s CEO, said by now most brewers have pivoted to canning their products from putting them in kegs for draught sales.

For Deschutes, about 60% of the business was in draught sales, now packaged sales make up 42%, with its pubs making the lion’s share of profits.

It doesn’t help that can recycling was halted for a bit while Oregon shut down all businesses from March through May 15. During the height of the government-mandated shutdown, there was a decline in recycling, said Joel Schoening, Oregon Beverage Recycling Cooperative community relations manager. People simply weren’t going out, but since then the recycling rates are rebounded, Schoening said.

“We’re seeing recycling coming back,” Schoening said. “We are expecting that the material that didn’t get returned is being stored in people’s garages and will come back into the system.

“Packaged products are flying off the shelves,” LaLonde said. “It’s not doing so much better, though that it is out-performing what we’re doing in other parts of our business.”

Craft beer rose 3.6% to 26 billion barrels and represents about 13.6% of the beer market, according to 2019 data, the most current year data is available. It represents a $29.3 billion industry, from 8,386 breweries in the United States, according to the Brewers Association website.

For larger brewers like Deschutes and Goodlife that have their own canning lines, it’s not a significant issue, but small brewers have difficulty accessing the volume required during the shortage, Watson said.

“Brewing is an important part of the Oregon economy,” LaLonde said. “We do have bottles and that’s a significant part of our business, but the consumer is gravitating to cans. I think the rest of the year will continue to be like this.”

Taiwan Plans to Shift Medical Supply Chain Away from China