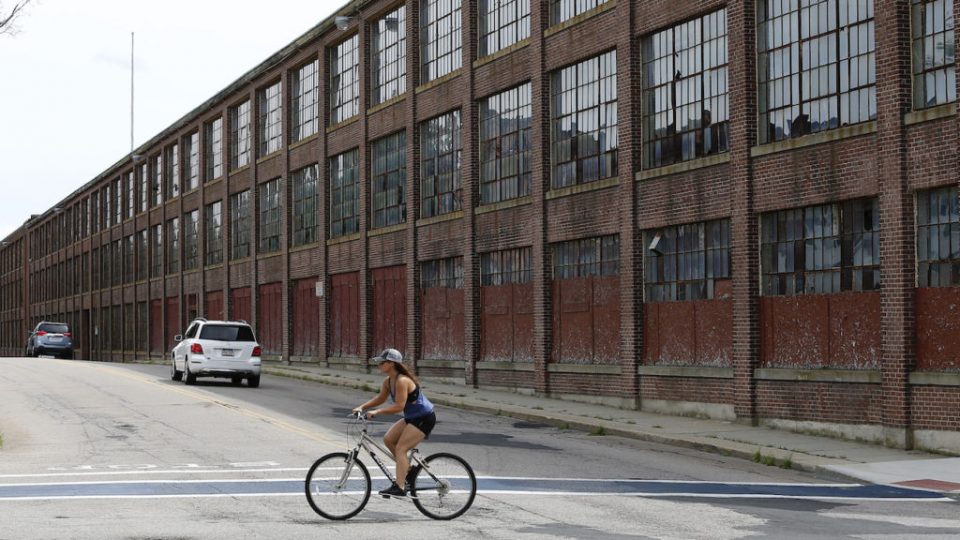 Work crews are preparing to demolish roughly 250,000 of the 1 million square feet left of what was a powerhouse of textile machinery manufacturing before its doors closed for the last time in 1980.

The demolition comes after the owner, Hopedale Properties, conducted a structural analysis of the industrial complex, which rests on 77 acres and makes up a considerable portion of Hopedale’s small downtown area, in August, according to Julie Holstrom, senior project manager at Worcester Business Development Corp.

“There was some abatement and some structural concerns that needed to be addressed in a portion of the building,” Holstrom told Boston.com recently, adding that the section slated for the wrecking ball was of “significant concern.”

The demolition is expected to happen sometime in the next month, she said.

WBDC is one of several consultants brought on by Philip Shwachman, principal of Hopedale Properties and CEO and founder of Worcester-based First American Realty Inc., to develop a new master plan for the property that could spell out potential redevelopment options, Holstrom said.

The report will be the latest roadmap to possibly unlocking a second life for the site, a remnant of the small town’s pioneering industrial past, with what local officials have long considered vital potential for shepherding economic growth in Hopedale, where commercial property is in short supply.

In 2007, a reuse plan hammered out by officials and Shwachman outlined how the site could host a mixed-use development with shops, homes, and offices, but the options never became reality.

Two years ago, selectmen put forth a nearly $50 million Urban Renewal Plan, which also called for a mixed-use second act for the site, consisting of 565 housing units and 175,000 square feet of commercial space. The plan considered seizing the property through eminent domain, sparking a lawsuit from Shwachman against town officials and others involved in crafting it.

Parallel to the in-the-works master plan, Shwachman is also working with the town on Hopedale’s own master plan for the coming years, which will take into account the factory’s future possibilities.

A recently formed steering committee for the community-centric plan held its first meeting last week. A completed report for phase one of the plan could come by next September, Claire Bayler of the Central Massachusetts Regional Planning Commission, which is assisting officials, told committee members.

Shwachman’s participation comes as part of the agreement he and the town reached last year, officials said during a selectmen meeting last month.

“I … hope that this is a great, optimistic, and further evidence of a new and ongoing partnership with Mr. Shwachman and [that] we have taken the turn on everything in the past and [are] moving forward,” Brian Keyes, Selectmen chairman, said while appointing Shwachman at the Sept. 14 meeting.

As for the site-specific plan, Holstrom said the final report will include all options for how it can be reused. The work will consist of not only analyzing the facility, but also the surrounding area, she said.

“We have to put all considerations on the table of what is going to make the most sense from a redevelopment point of view, but also from a safety point of view,” she said.

Could Michigan become the epicenter of the Midwest food supply chain?