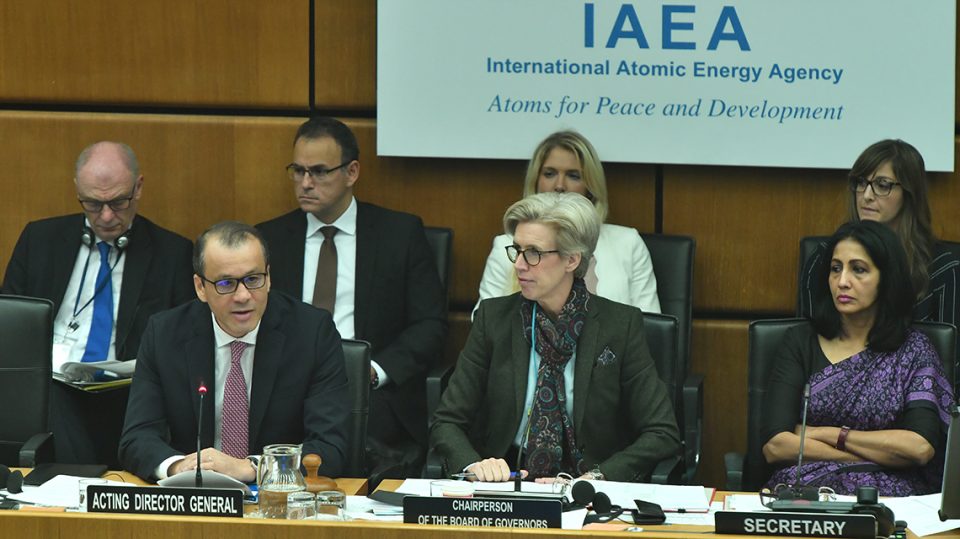 “As I reported to the Board on November 7th, the Agency has detected natural uranium particles of anthropogenic origin at a location in Iran not declared to the Agency,” Mr Feruta said. “We have continued our interactions with Iran since then, but have not received any additional information and the matter remains unresolved.”

A meeting between the Agency and Iran is scheduled next week in Tehran to discuss the matter, he said.

“It is essential that Iran works with the Agency to resolve this matter promptly. I call upon Iran to provide full and timely cooperation with the Agency in implementing its Safeguards Agreement and Additional Protocol,” Mr Feruta added.

The additional protocol to a country’s Comprehensive Safeguards Agreement with the IAEA grants the Agency expanded rights of access, allowing it to obtain a much fuller picture of the country’s nuclear programmes, plans, materials and trade. This significantly increases the IAEA’s ability to verify the peaceful use of all nuclear material in the country. Additional protocols are in place with 136 countries, including Iran.

Mr Feruta informed the Board that the Agency is continuing to monitor the nuclear programme of North Korea, also known as the Democratic People’s Republic of Korea (DPRK), using open source information and satellite imagery. He called upon the DPRK to comply fully with its obligations under United Nations Security Council resolutions, to cooperate promptly with the Agency, and to resolve all outstanding issues, including those that have arisen during the absence of Agency inspectors from the country. IAEA inspectors were required to leave North Korea in 2009.

The Acting Director General renewed his call to Syria to cooperate fully with the IAEA in connection with unresolved issues.