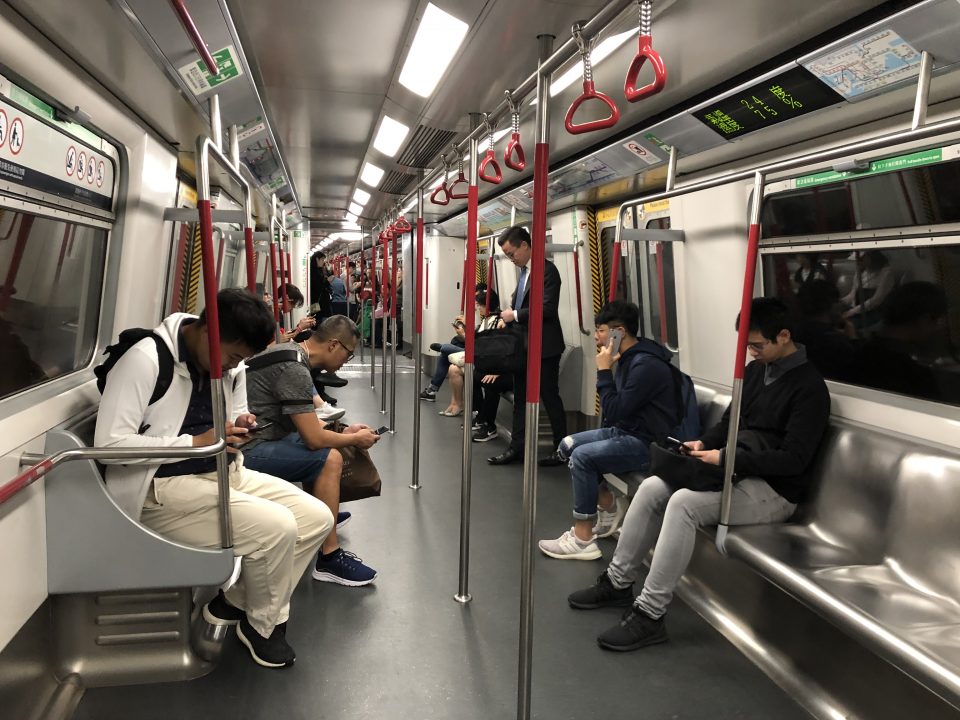 Through no prescience (rather a lack thereof) on our part, members of the Avenir team spent all last week in Hong Kong. While our primary purpose for being there was to meet both companies we own as well as potential new investments (and we met about thirty in total), it turned out to be a particularly eventful week for the protests, which have evolved from criticism of extradition laws back when they began into a broader protest police brutality and push for democracy while also bringing to the surface simmering disillusionment around a heavy-handed Chinese government and wealth inequality.

We met some promising companies from China, Hong Kong and Japan, some of which may find their way into the portfolio, however we thought it timely to share some on-the-ground observations of a week when the situation changed dramatically. As to the broader investment implications, markets seem to still be treating the earnings impact as transitory, even though the problem is becoming more intractable. For many of the companies we met there, however, such as those whose business is focused on mainland China, the issues in Hong Kong do not appear to be causing business concern.

Firstly, a brief timeline of recent events that have resulted in an escalation of tensions in Hong Kong:

The broader impact on Hong Kong

While anecdotal, the visible impact on the broader Hong Kong economy is tangible. On our first couple of days we noticed around 30-40% of stores on streets and in shopping centres temporarily closed; foot traffic in main shopping districts is down significantly and restaurants empty. Of the stores that were open, staff seemed to be struggling with the boredom of having no customers. MTR (the local subway system) stations and trains were very quiet by HK standards.

Below are some photos we took during the trip. 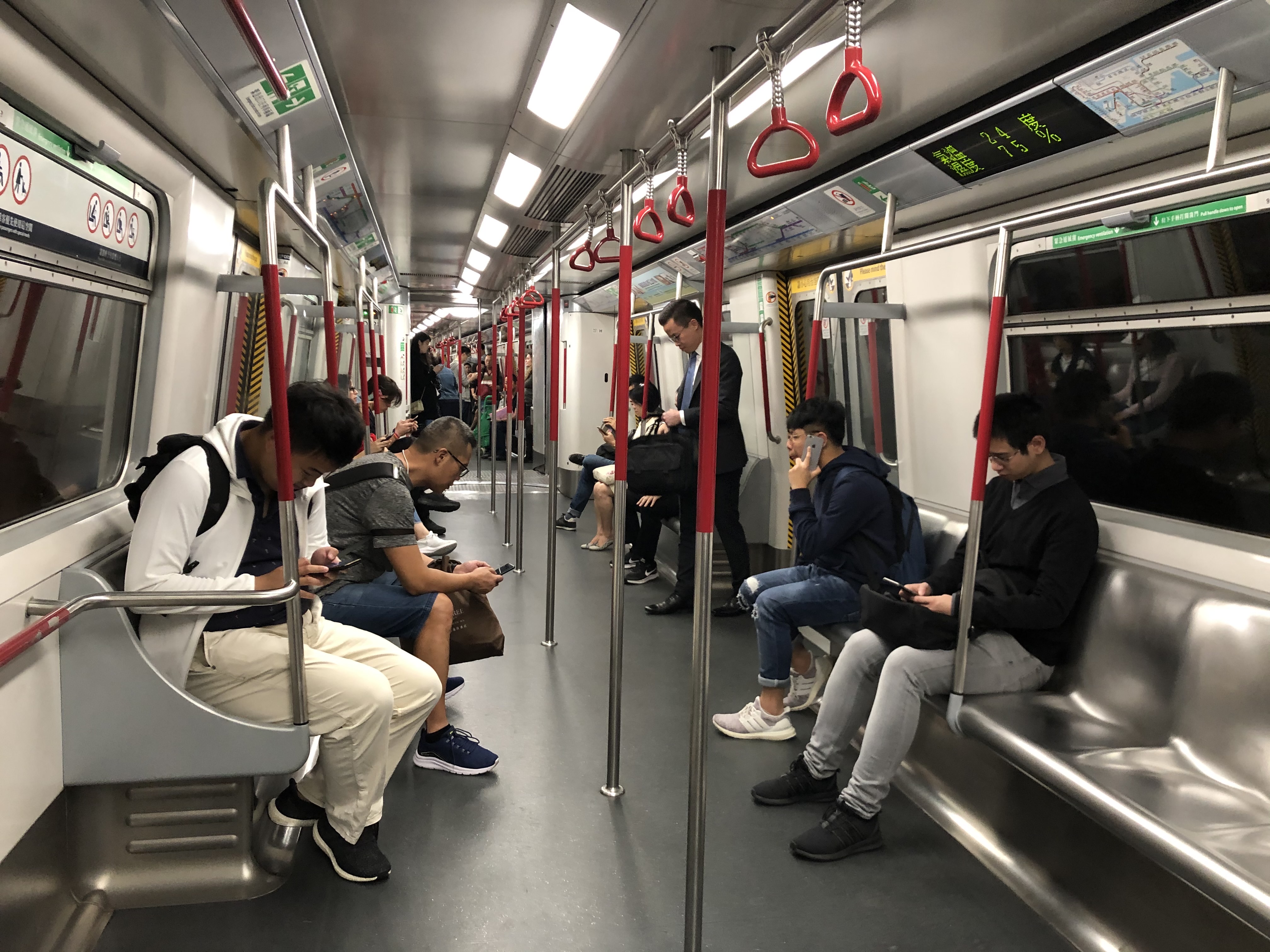 The data support these observations too. HK GDP fell 3.2% in Q3 2019, the worst quarterly result since the GFC in 2009. In one meeting we had with a global cosmetics company, management said that sales in HK were likely to be down 30% in Q4 and while roughly half of this was inbound tourism demand that has shifted back to mainland China, the disruptions to public transport etc. had impacted local demand. There were no plans to close stores, rather manage through staffing and reducing marketing budgets significantly. Conversely, a logistics business we met noted that some customers were shifting logistics operations from Hong Kong to China and Singapore, citing protest-related disruptions.

The situation is much worse for businesses that are either linked to, or perceived to be supporting the mainland government’s cause, with the risk of vandalism very high.

And even though the city cleans up quickly, the scars of the months of protests are hard to miss. Station entrances are boarded up, graffiti is hurriedly erased, and parts of the city are covered in posters highlighting claims of police brutality.

Vandalism of mainland-linked businesses was common 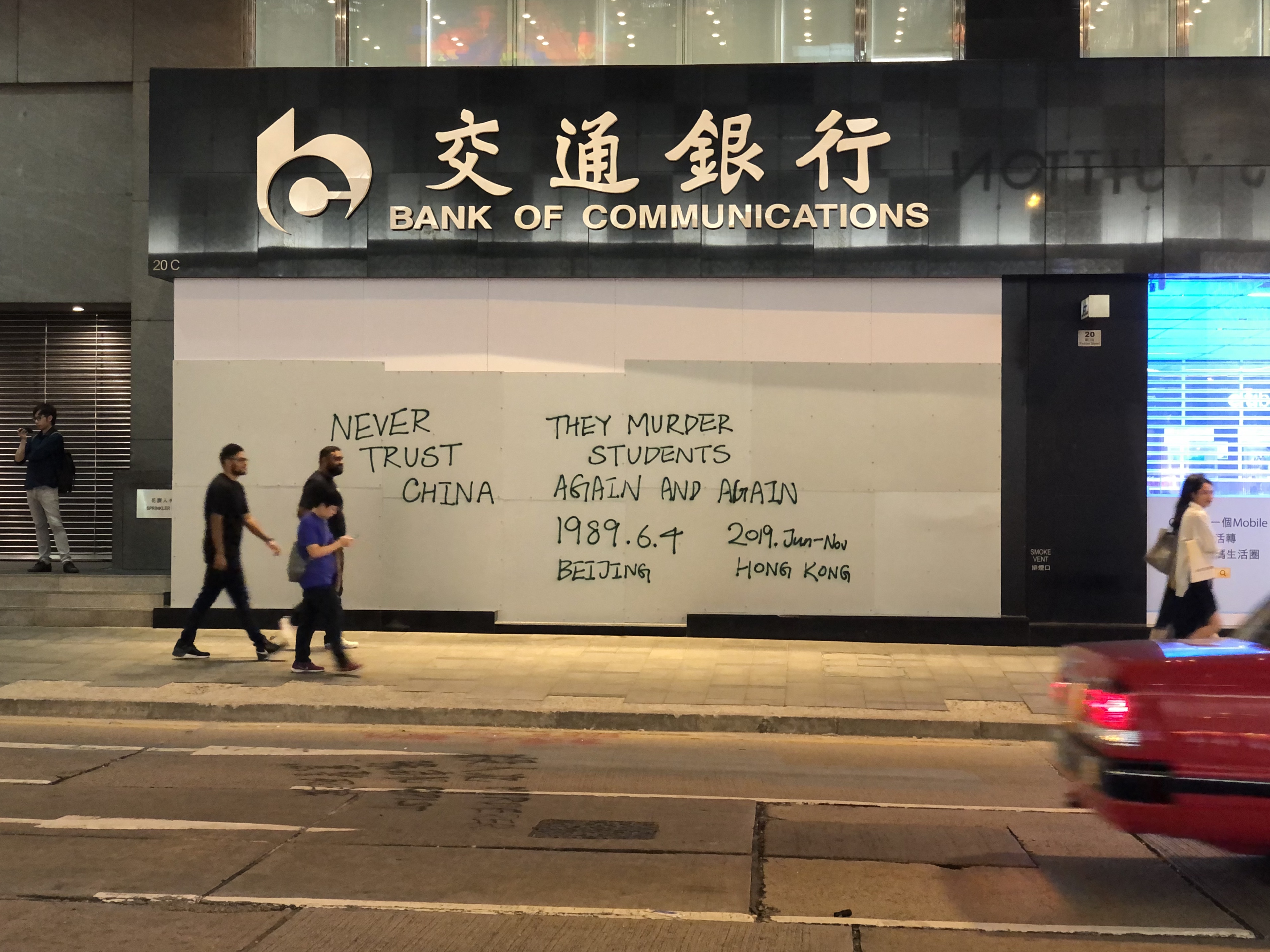 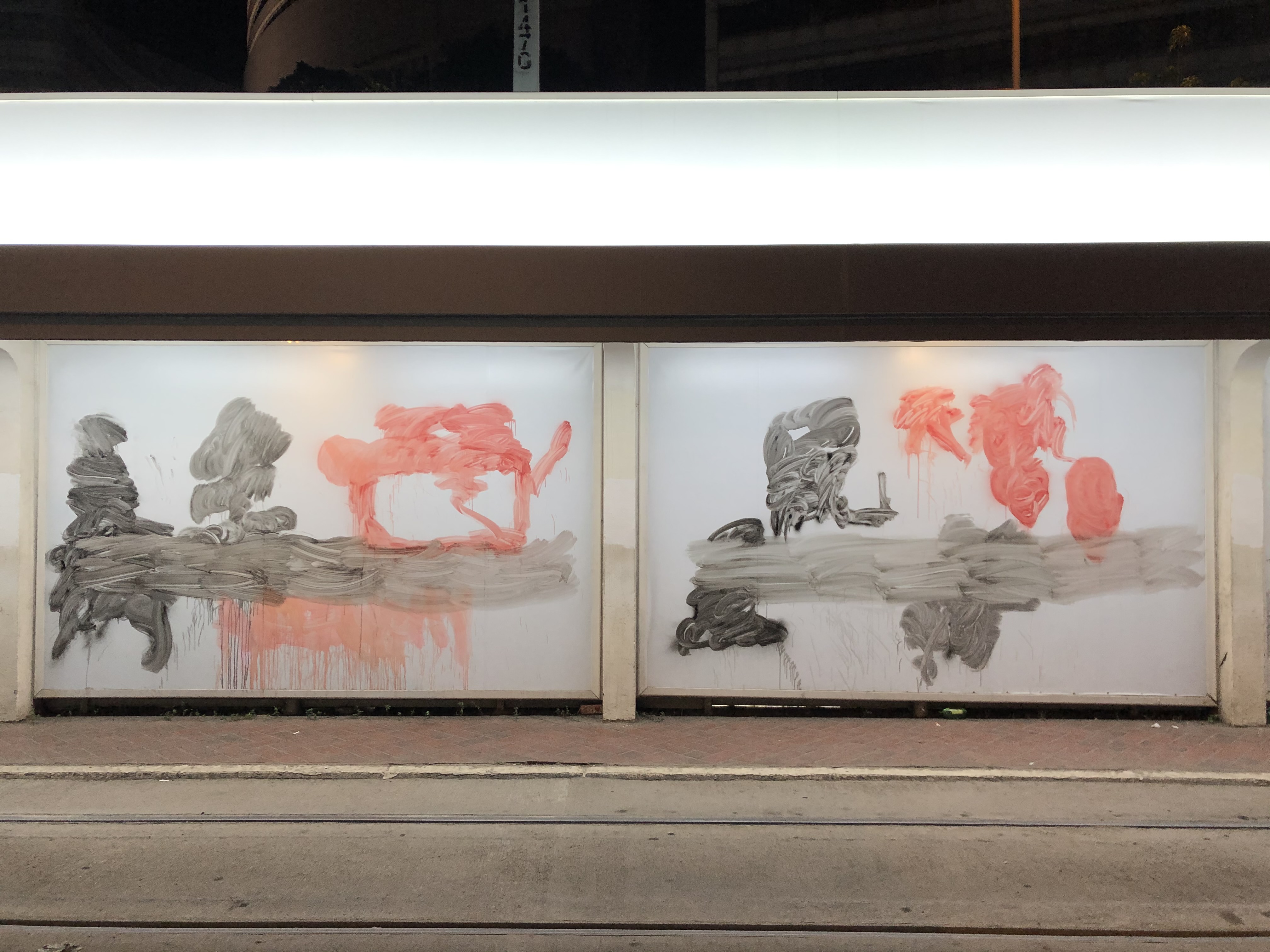 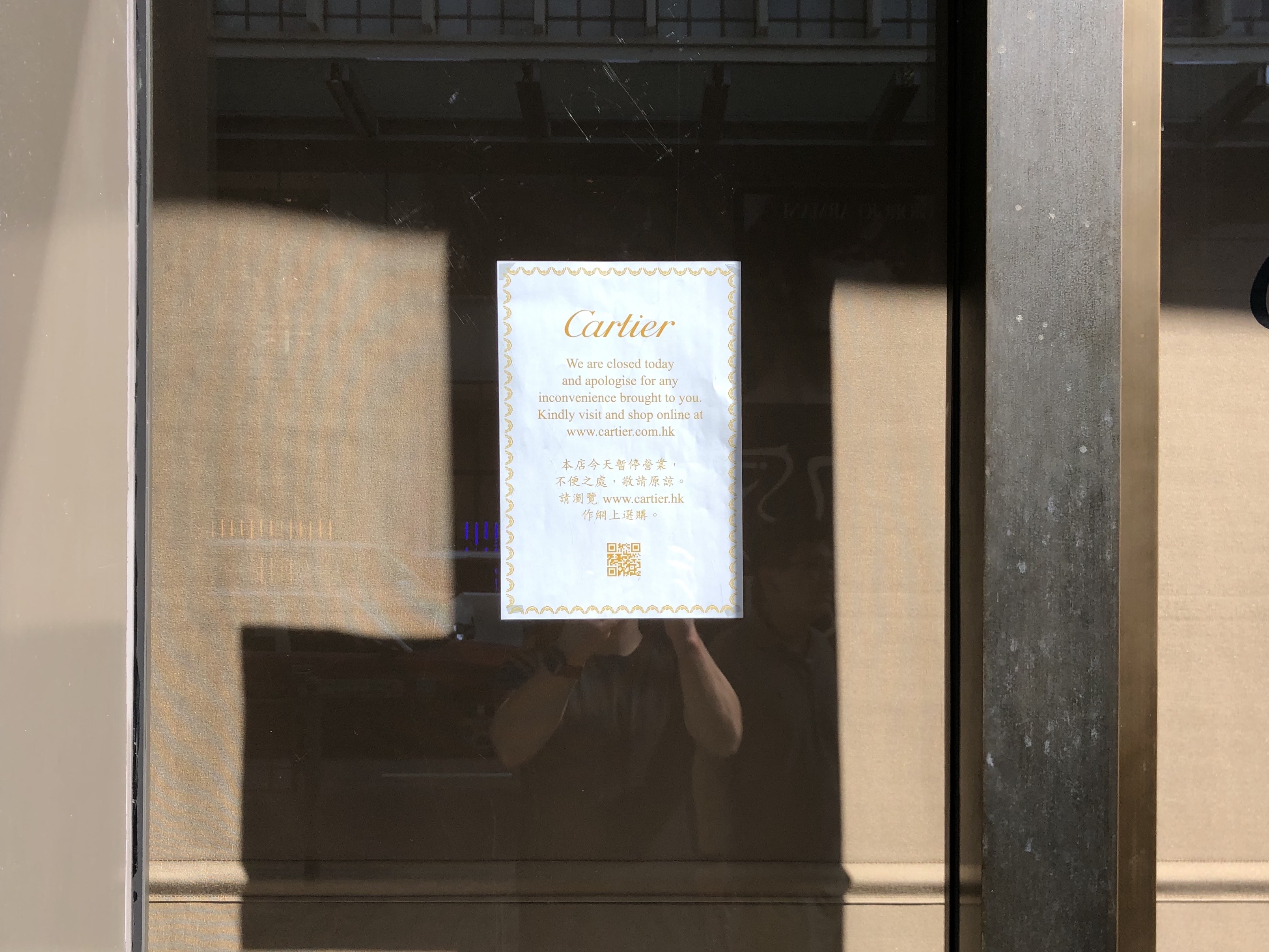 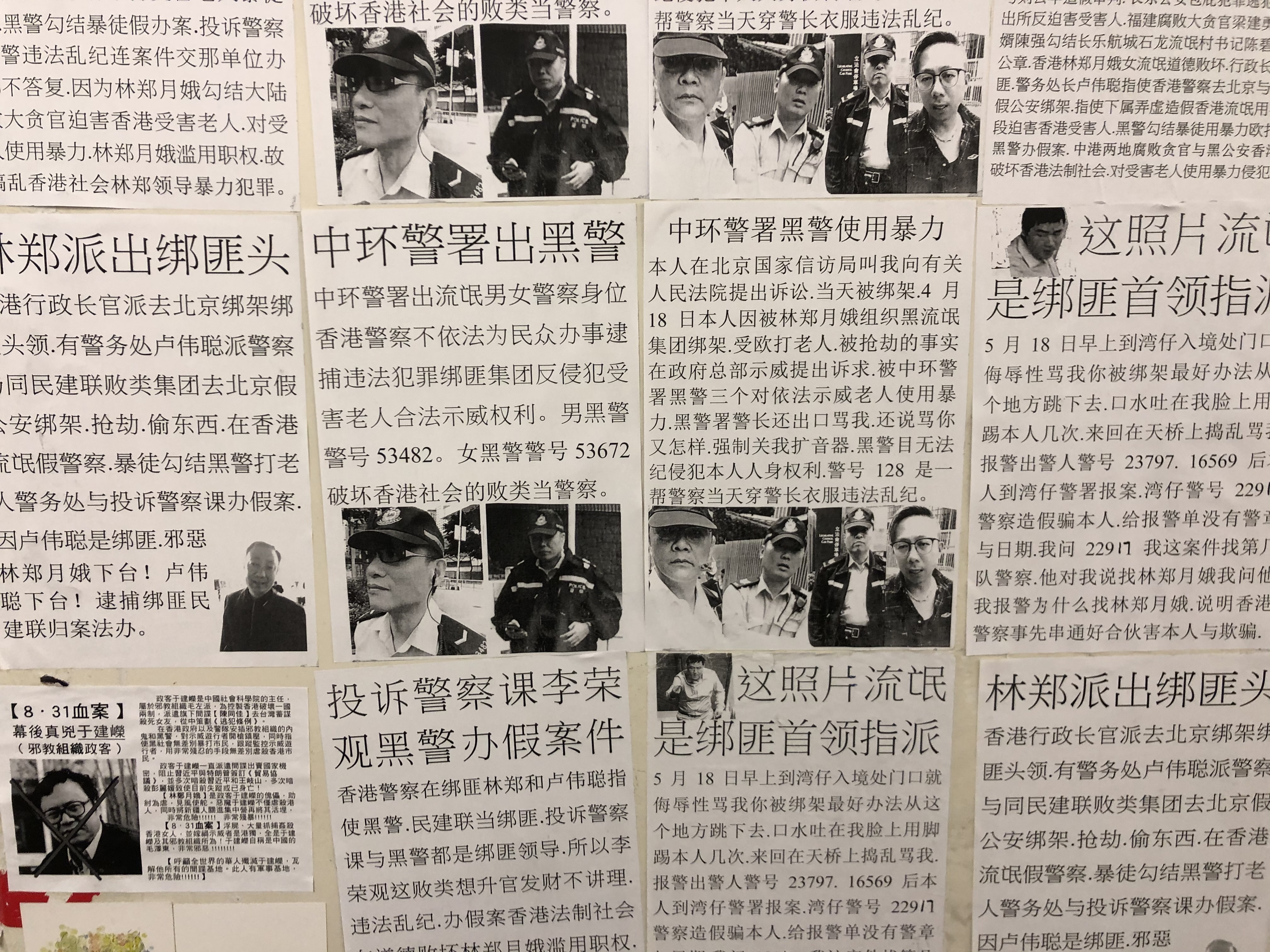 While the protestor numbers are fewer than they were in the beginning (and the protests have arguably become more violent) they still appear to have tacit support of the broader population, some of which left their offices to protest in solidarity around Central on Tuesday.

People use the hkmap.live app (the app that was dubiously blocked by Apple) to see where protests are happening and to know where to avoid, and we noticed taxi drivers live streaming video of multiple locations on smartphones on their dashboards. We got the site from the driver and it can be quite addictive watching the brave/crazy reporters give live commentary in the thick of it all streamed from their smartphones. (and quite a William Gibson-ish1 experience.)

Potentially foolishly, we tried to visit the area around PolyU on Sunday afternoon. A heavy police presence had blocked off all the roads around the university, making it impossible to go any closer, but there was a surreal tension in the air. Crowds of people were gathering on corners or overpasses to try to get a view, while police helicopters buzzed overhead. Nearby streets were devoid of activity and most shops were closed. With hindsight, the only wise decision we possibly made that week was to leave that area quickly, given the significant escalation and widening of protests across Kowloon that evening. 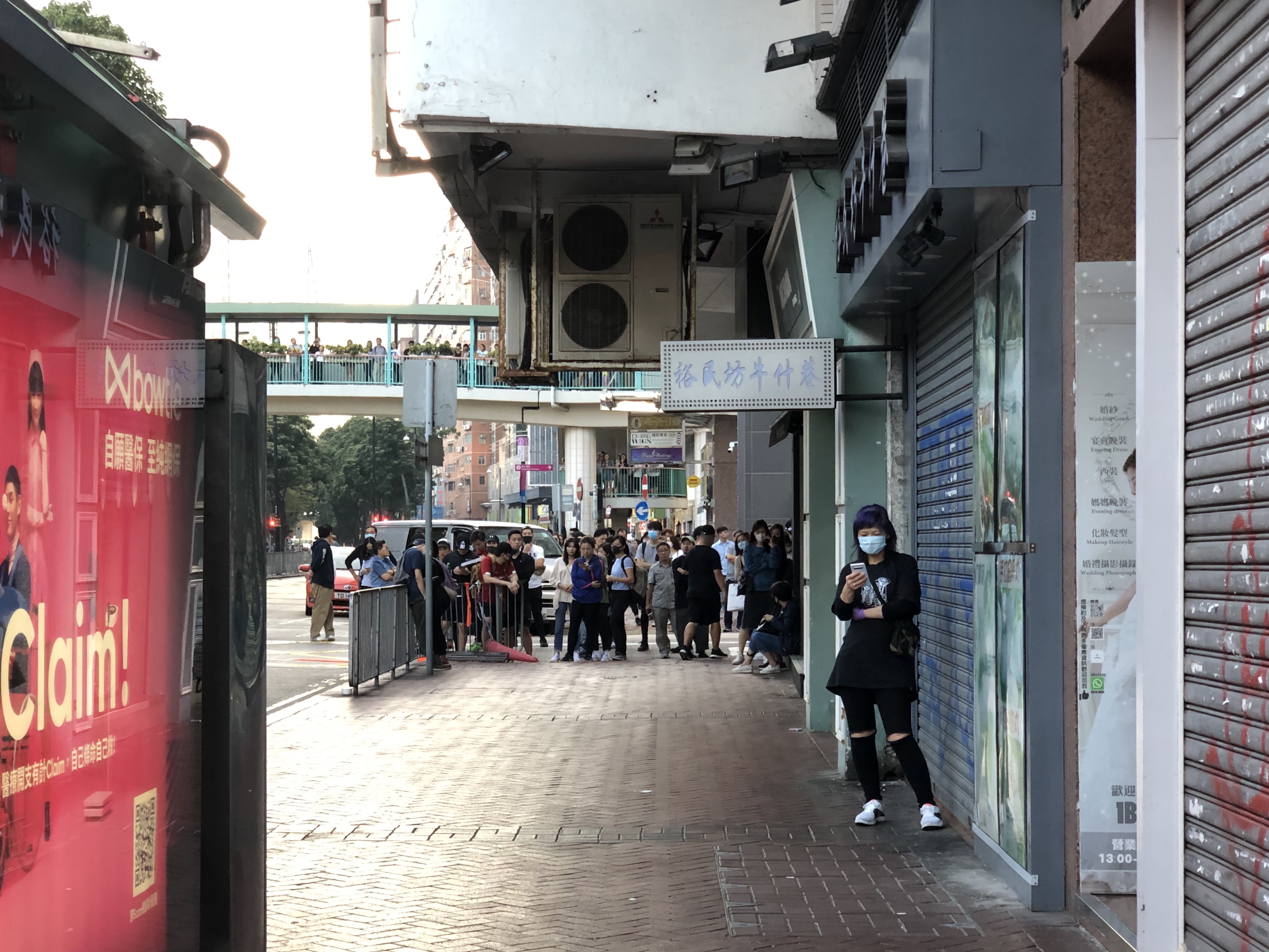 Riot police blocking all the roads around PolyU 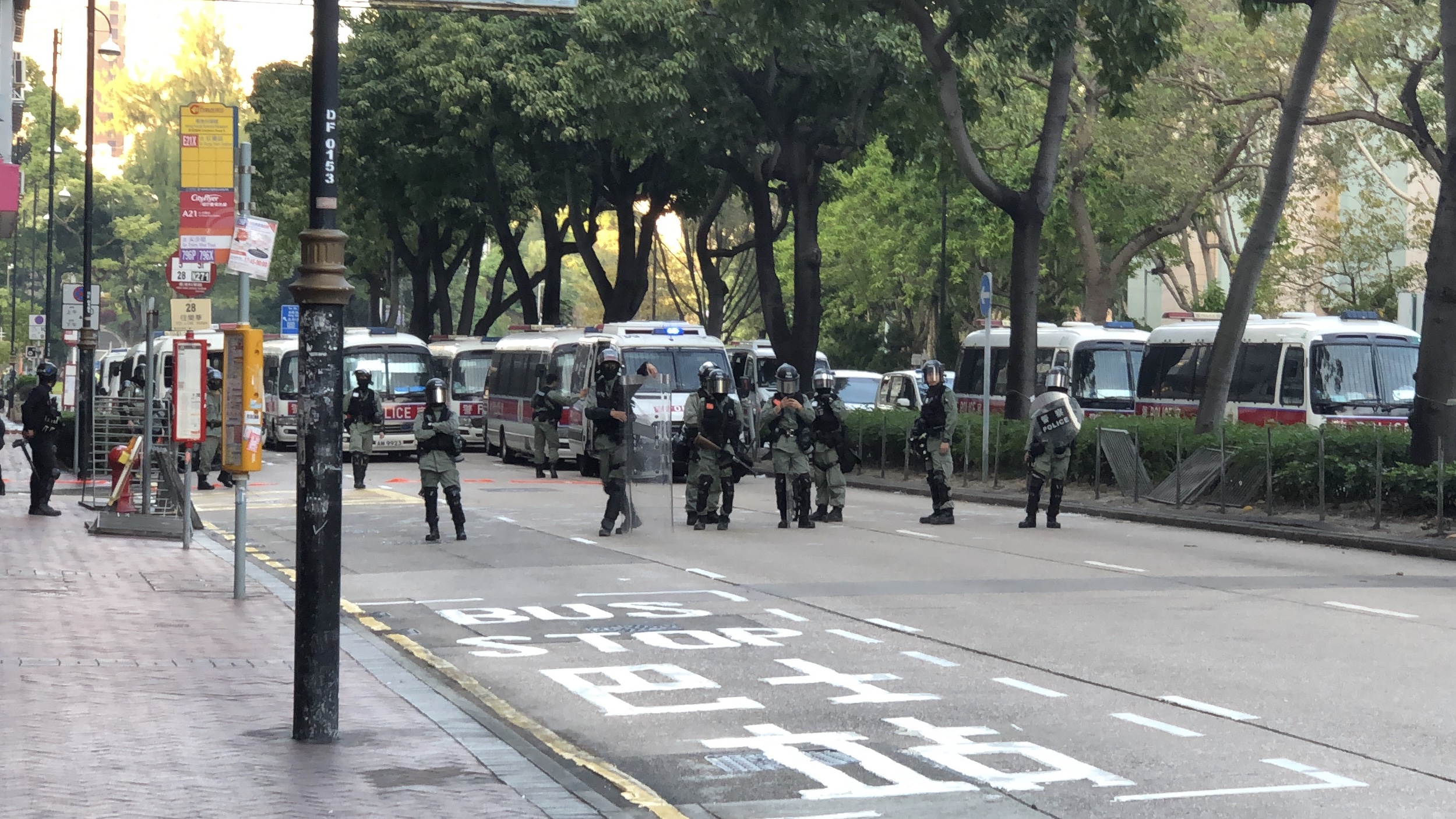 Gucci and Gas Masks: Riot police on the streets of Kowloon 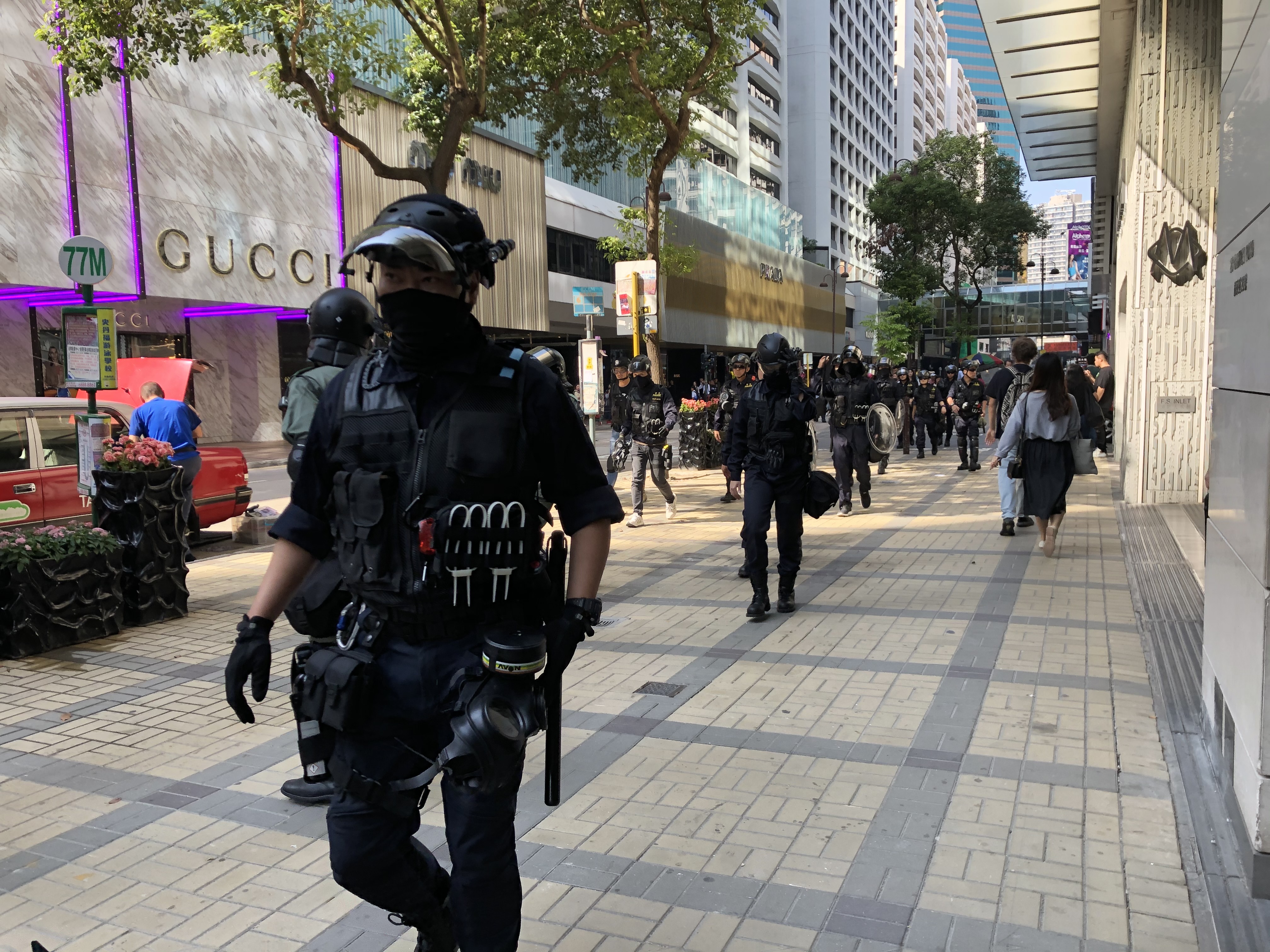 While our priority for being there was to meet existing and potential investments, the visit coincidentally proved an invaluable first-hand look into the ongoing struggle inside Hong Kong. As to investment opportunities and risks on people’s minds, we heard that there was some opportunistic buying of property going on in parts of HK.

There is some hope/fear capital flight will boost Singapore and already frothy Australian capital city real estate markets too. The situation is too volatile and changing too quickly for us to make any strong recommendations today, but we remain on the search for quality businesses that may have been unduly punished for short-term noise.

Avenir Capital is a value-based investment manager that brings a long-term, owner-oriented approach to global public equity markets. To stay up to date with our latest insights click the follow button below.

Chinese Government Policy on Wildlife Trade: What Has Changed, What Has Not, and Why It Matters