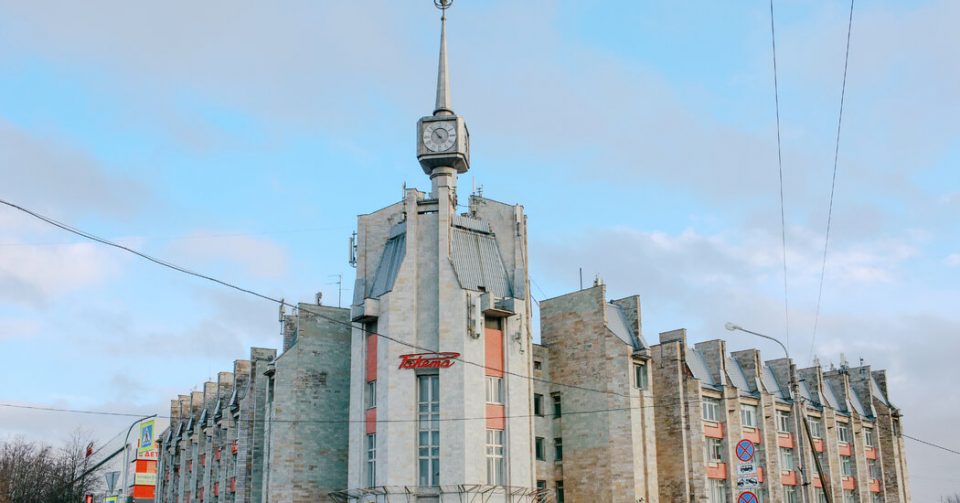 ST. PETERSBURG, Russia — Amid the roar of Soviet-era machinery, Sergei Andreev seemed lost in concentration as he sat at the helm of a clunky-looking contraption that produces pallet forks, among the tiny components in mechanical watch movements.

Wearing blue coveralls and a solemn expression, he could have been a worker from a bygone industrial age. But this was modern-day Russia, where the 23-year-old Mr. Andreev is one of the 84 workers at the Raketa watch factory, a sprawling 16,145-square-foot two-level facility that dates from 1721 and today houses about 600 vintage machines.

The factory has a rare status in the watchmaking world: It produces all but a few of the 242 parts in the brand’s in-house movement, the Raketa-Avtomat, including the pallet fork and the even tinier hairspring, which regulates the oscillation, or “heartbeat,” of a mechanical watch. (Only a few small components, including jewels and leather straps, are purchased from Russian suppliers.)

Mr. Andreev’s pallet forks were destined for the 30 models that make up Raketa’s three collections of mechanical watches — Classic, Tool and Curiosity (avant-garde) — all priced from 800 to 2,000 euros ($940 to $2,350). The manufacturer also occasionally produces quartz watches for special collaborations.

On this particular workday, the factory had a celebration. It was March 8, International Women’s Day, and Mr. Andreev and his blue-clad colleagues formed a large circle on the factory floor. Poems exhorting the virtues of women were read. Plastic-wrapped bouquets and boxes of candy — and a wine bottle or two — made the rounds. Even a few tears were shed.

David Henderson-Stewart, 47, Raketa’s managing director, who 10 years ago left a law career to revive the dying company, said he saw in it a chance to fulfill a long-held desire: to create a globally known luxury brand that Russians might regard with pride, as Italians do Gucci or Prada.

“Russia has the potential to have real luxury brands,” said Mr. Henderson-Stewart, who speaks Russian and whose mother has a Russian heritage. “Yes, there are a few fashion labels around, but otherwise, you have Aeroflot, Gazprom, Kalashnikov — everyone knows them, but they’re not luxury brands.”

The revived business, however, has not yet turned a profit. While he had hoped that would change in the next couple of years, the coronavirus pandemic has increased the challenge. The cancellation of the Baselworld watch fair early this year — and of the brand’s plans to exhibit there — prompted Raketa to create an online event, posted on April 29, that included a video presentation on how its hairsprings are produced. Then, in May, the city’s lockdown order forced the factory to close temporarily, but by midsummer, it was operating close to its normal production capacity of about 5,000 watches a year.

Still, the 5,000 or so tourists and watch enthusiasts who used to visit the factory annually — and often buy watches at the factory shop — have not yet returned.

The visitors, who mostly arrange individual tours directly with the company, come to watch sleek timepieces emerge from a noisy, Old World industrial setting that smells of oil, raw materials and sweat — the complete opposite of the laboratory-like manufactories for most Swiss brands.

“If this could be seen as retrograde and old-school, the impression I had was all about authenticity and emotions, the feeling of seeing work done by humans devoted to their work,” Brice Goulard, managing editor of the online watch magazine Monochrome Watches, wrote in an email after visiting the factory in November. (An online article he wrote also described a spirited performance by the factory’s employee chorus and a female employee in Ray-Ban sunglasses puffing on a cigarette as she plated watch parts.)

The factory is about a mile from Peterhof Palace, a series of elaborate buildings and gardens commissioned in the 1700s by Peter the Great. Although the emperor founded the operation as a stone-carving workshop, it has had a number of uses. It first produced wristwatches in 1945 for a government-owned business called Pobeda, which means “victory” in Russian. In 1961, the brand was renamed Raketa, or “rocket,” in honor of Yuri Gagarin, the Russian cosmonaut celebrated for being the first man to orbit the Earth.

At its peak, in the 1970s, the business employed 8,000 workers and produced five million watches annually that it exported to 38 countries. Its downward spiral began in the early 1990s, when post-Soviet Russia started its shaky transition to a capitalist-style economy.

Kept afloat by a devoted group of former employees who produced cheap windup watches to sell to tourists, Raketa was on its last legs when Mr. Henderson-Stewart first visited in 2009.

”In this gigantic factory, there were approximately 12 elderly people working in terrible conditions,” he said. “But when you find a diamond on the ground, you have to pick it up and polish it. That was very much the feeling I had.”

Mr. Henderson-Stewart, however, has never collected watches and does not pretend to be an enthusiast. He learned of Raketa through friends who were visiting him at home in Moscow and wanted Soviet-era timepieces. (Raketa now has its design headquarters and a retail site in Moscow and a second shop in St. Petersburg. It also sells online and through retailers around the world.)

Mr. Henderson-Stewart and a group of investors raised about €3 million to buy the factory from a local company that had purchased it for the real estate.

Whether to modernize the factory or close it altogether became an agonizing question: “That was the biggest decision we had to take at the beginning, whether to just shut down the factory and buy from China and Switzerland and assemble in Russia, and say we’re a Russian watch,” he said. “But we soon understood the legitimacy of the brand was based on the factory.”

The investors hired a team of Swiss watchmaking consultants, some of whom advised Mr. Henderson-Stewart to abandon the outdated machines in favor of the CNC, or digital, machines now widely used in Swiss watchmaking.

But the desire to restore the factory to its former glory ultimately won. “We had all these machines,” Mr. Henderson-Stewart said. “We knew how they worked; if they broke down, we knew how to repair them. We must have been the only watch brand in the world not to spend a single dollar on marketing during the first seven years. Everything went to the factory.”

He established an in-house watchmaking school, and invited former employees to train new recruits like Mr. Andreev, who joined the factory at 17.

Seeing the factory slowly return to life soon became the most satisfying part of the project for Mr. Henderson-Stewart. “To me, this has become a human story more than anything else,” he said. “It’s a story of people who went through difficult times and managed to transmit their know-how to the next generation. You can buy machines, but you can’t buy these people.”

But the first collection from the revived factory, released in 2012 for sale within the country, all but bombed. Wealthy Russians were stuck in a post-Soviet mind-set that considered Russian products inferior to European. “I could have cried,” Mr. Henderson-Stewart said.

But in 2014, the company introduced revamped versions of some old Raketa models — with updated Avtomat movements — and they became a hit with watch fans.

The lineup included the Raketa Polar, a model initially made in 1970 for a Soviet expedition to the Antarctic. It featured a 24-hour function that allowed the wearer to see the time more easily during white nights or round-the-clock darkness. The watch, an updated version of which was introduced this year, now sells for €950 to €1,200.

The line also featured the Raketa Big Zero, a dress watch at €750 to €950, which has a prominent zero at the 12 o’clock position on the dial. According to the Raketa website, Mikhail S. Gorbachev, the final president of the Soviet Union, pointed to the zero on his own Raketa during a press interview to convey the importance of perestroika, or economic reforms, as a fresh start for Russians.

What drove Mr. Henderson-Stewart to try a fresh start for Raketa could save the brand, Mr. Goulard of Monochrome said. “Some would call him, objectively, crazy,” he wrote. “And this is why, in the end, it could work.”

“What could potentially save him is this unique vision, different from the rest of the crowd,” he continued. “Raketa is Russian and should remain so.”

how knowledge management can boost productivity and reduce business risk

With 391,000 Ounces of Probable Mineral Reserves, Robex Expects a Mine Life of Nearly 9 Years for Nampala TSX Venture...

Is the global supply chain really heading to Vietnam?