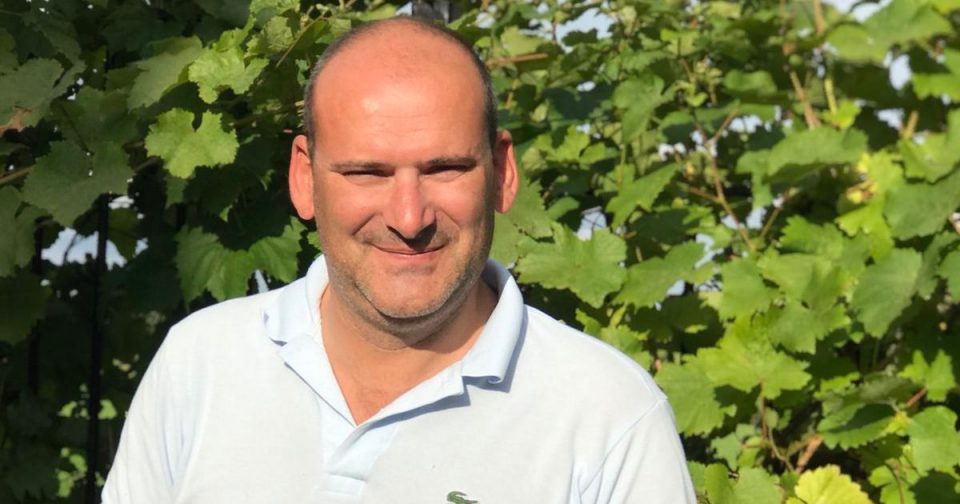 One of Wales’ top wine importers has warned that a “Brexit tax” will see the cost of bottles of wine from the likes of France, Italy, and Spain increase by nearly £2.

Daniel Lambert, who’s based in Bridgend and has imported wine from all over the world for three decades, said he’s faced with the largest threat to his future since he began in 1992. So much so that the businessman has decided to leave the country.

Thanks to a raft of extra forms he now has to complete to get bottled wine into Britain, coupled with extra haulage fees, Mr Lambert says the cost of a typical pallet of 600 bottles has doubled from around £180 to as much as £400.

He also believes that delays since Brexit will mean normal supply to British supermarkets and off-licences is under huge pressure and may start to reduce dramatically in a matter of weeks with empty shelves by mid-February.

Like many in the industry Mr Lambert had spent months getting up to speed with the latest forms and the systems in place but even so he has been waiting months for some deliveries and is unable to get some stock into his warehouse in Brynmenyn while it is stuck with producers waiting to be dispatched.

His business is managing, he says, but only because he was “wise enough” to take precautions before Christmas and stockpile supplies.

“Whilst we knew Brexit would be a car crash we did not know it was going to be a multiple pile-up in the fog with fatalities,” he tweeted over the weekend.

Before Brexit it would cost around £180 “all in” for a pallet of 600 bottles to reach his cellar door, Mr Lambert explained. But now he is anticipating costs of £70 to get the pallet out of Europe, a further £100 to obtain the necessary declaration through a broker, and increased haulage costs due to delays at ports.

Mr Lambert added: “Brexit has a very real cost. I don’t want people to think they are being taken for a ride. This is the reality of the situation.”

A spokesman for the UK Government told WalesOnline “most businesses” use a specialist broker to help them with the complexities but, as Mr Lambert pointed out, this comes at a cost.

Explaining to his customers why there would be inevitable price rises he set out a detailed explanation of just how many hoops he has to jump through to get wine into the country in a series of tweets which has since been shared hundreds of thousands of times.

His motivation for the tweet, he said, was not about being “pro-EU” or pitting Remain against Leave. It was about the UK Government being woefully under-prepared for Brexit and “deliberately holding things back and making it hard to get things moving”.

“Over the past 15 days I have not only been running my company as normal but I have been faced with largest threat to its future since it began in 1992,” Mr Lambert began in this 26-thread tweet.

“All of this took nearly five months a lot of form filling but on December 9 this was all in place. So I would say whilst we knew Brexit would be a car crash we did not know it was going to be a multiple pile-up in the fog with fatalities.

“On January 4 I returned to work being wise enough to have stockpiled just enough so that if we had a bumpy ride in January we would have enough stock to last until February.”

But since the New Year the ride has only been bumpy. It’s all because of a system called The Customs Handling of Import and Export Freight – or CHIEF for short – which is the national computer system from HMRC which has three key functions:

When the UK was part of the EU goods were simply moved between Europe and the UK, Mr Lambert explained, but since Brexit everything coming into the country is now classed as an import.

CHIEF was never designed for the sheer number of EU imports it is now having to deal with. The software – designed 30 years ago – is simply out of date and it’s also “incredibly technical”, claims Mr Lambert.

There is no support anywhere for businesses to get help apart from an email address to contact HMRC which sends an auto-reply that they will respond within five working days, he said.

Mr Lambert puts the blame squarely on the UK Government and said: “Despite all the notices about being Brexit-ready they’re not.

“I still haven’t been able to ship anything because the government hasn’t got anything ready. The computer system that we’ve used for the first time – you’d have thought there would be some sort of call centre to help iron out problems. That’s not an unreasonable expectation.

“It’s the most important thing in HMRC right now – to keep the economy going in terms of consumables – so it beggars belief that’s where we’re at. The Government says it’s ‘teething problems’ but they are deliberately holding things back and leaving people to their own devices.”

He also tweeted: “It’s fair to say it [CHIEF] worked like clockwork after 40 years of tweaks to get the system just right.

“But in Brexit Britain we are very much on our own and so this British system (CHIEF) has now got every product the UK consumes in its grasp….

“CHIEF is there for the Government to collect tax, that is its primary purpose. It’s not there to aid businesses. It definitely hinders business. On this point no debate is required. Most of the other boxes are codes that have zero meaning.”

Even worse, says Mr Lambert, he must pay £157 per month to access the system. Or as he puts it: “You have to pay to tell the government how much you’re going to pay them.”

Mr Lambert, who has dual nationality, added that the Government mess has forced him to leave the UK and live on the continent. “This government have cocked up Brexit from day one,” Mr Lambert added.

“It’s why I will leave this country next year once my kids have finished their education. I am lucky and have a second nationality within the EU thanks to my father.

“But for those that can’t leave I understand why you are angry and with what I can see you’re about to have a lot more taken away from you than just freedom of movement.”

A spokesman for the UK Government said that because the UK has now left the EU customs union and single market there are new rules and processes businesses that need to be followed.

The spokesman said: “We have encouraged companies new to dealing with customs declarations to appoint a specialist to deal with import and export declarations on their behalf – and we made more than £80m available to expand the capacity of the customs agents market.

“Most businesses use a specialist such as a customs broker, freight forwarder, or fast parcel operator to deal with this.

“The government will continue to work closely with businesses to ensure they are able to trade effectively under the new rules.”

Airfreight rates expected to shoot up by September