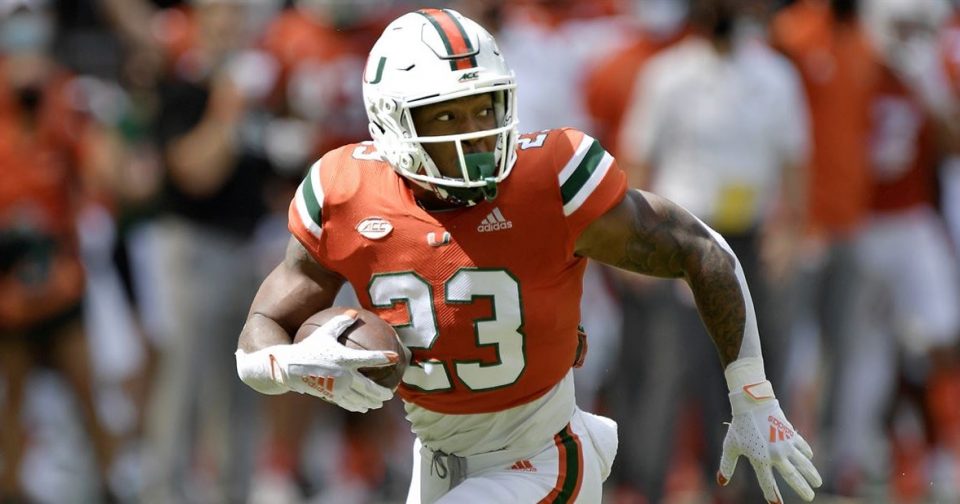 Snap counts can tell us a lot about how a coaching staff views the players on offense and defense.

Saturday’s game against Pittsburgh featured numerous young players that saw an elevated snap count against Pitt compared to the first four games of the season.

The Miami Hurricanes won a hard fought game over a tough Pittsburgh team, 31-19.

Quarterback D’Eriq King threw for 222 yards with four touchdowns and two interceptions while completing 16-of-31 passes. He also ran the ball for 32 yards on 11 carries.

Mark Pope led the Hurricanes with five receptions that went for 46 yards. Mallory led UM in receiving yards with 51 on two receptions.

Defensively, the Hurricanes did an excellent job of bowing up in the red-zone, forcing four field goals when Pitt entered that territory. Miami did a nice job of stopping Pitt’s rushing attack, limiting the Panthers to 22 yards on 26 carries. UM finished the game with nine tackles for loss.

Read on for a look at the snap counts on offense and defense, according to Pro Football Focus.