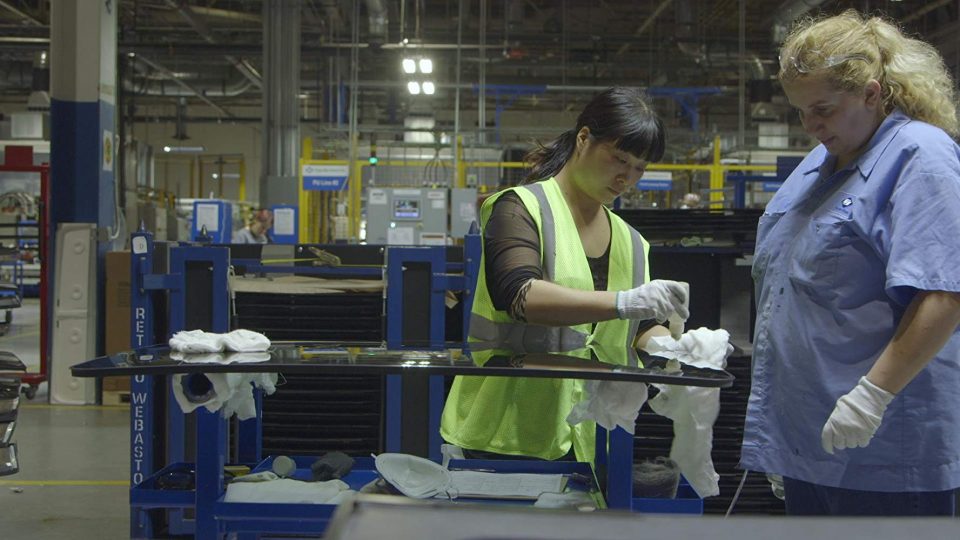 American Factory is a documentary feature directed by Julia Reichert and Steven Bognar (The Last Truck: Closing of a GM Plant, 2010). The film focuses on how Fuyao, a Chinese glass company, reopens and “revitalizes” the former General Motors Moraine assembly plant in Dayton, Ohio. The work won in the best documentary feature category at the Academy Awards on Sunday night. It was the first film produced by Barack and Michelle Obama’s production company, Higher Ground Productions.

In her acceptance speech Sunday, co-director Reichert, a Democratic Socialists of America member who is battling cancer, declared, “Working people have it harder and harder these days—and we believe that things will get better when workers of the world unite.” Fine words, but American Factory, in reality, promotes the American trade unions and the Democratic Party, principal instigators of nationalism and chauvinism. 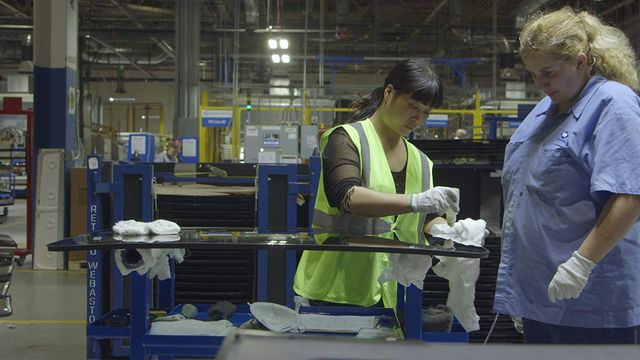 The documentary opens with the closing of the GM Moraine assembly plant in December 2008. Five years later, as part of a wave of Chinese companies investing in manufacturing in the US and re-opening shuttered American plants, Fuyao decides to open a glass factory at the former GM facility and starts hiring.

From the film’s first scene, at a Fuyao information session meant to recruit local residents and former GM workers, Reichert and Bognar indicate where their principal interests lie: in the issue of “Chinese versus American” labor practices and culture and the fate of a United Auto Workers unionization campaign at the Ohio plant.

An American Fuyao executive asserts during the company’s presentation, “What we are doing is melding two cultures together: the Chinese culture and the US culture.” When asked by a worker later in the session whether the factory will be a union shop, the same executive replies that it will not be, and “it is our desire not to be.”

The first half of American Factory is devoted to the period that immediately follows the opening of the glass factory, showing the various dilemmas faced by Fuyao management in trying to turn a profit. Reichert and Bognar take a superficial approach to the matter, presenting all the company’s problems in production and management as stemming from the differing American and Chinese cultures.

A major challenge facing Fuyao America management is the factory’s deficit after its initial period of operation, which places immense pressure on the local executives. Fuyao’s chief reveals in an interview that the company attributes the relatively poor production level to the supposed inefficiency of the American workers.

When a group of US executives visits the production line at Fuyao’s headquarters in the province of Fujian, they witness an apparently drastic difference between the “working cultures” of the two countries, and conclude the low output of the American factory can be explained by what the company officials see as laziness and a lack of discipline in their US workforce. 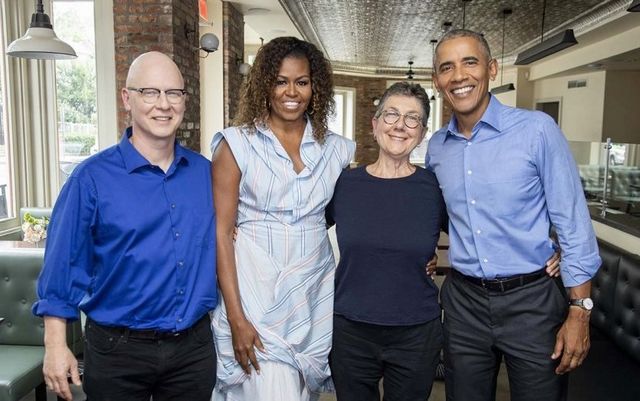 Compared to Chinese workers, who are only able to take one or two days off every month, the American workers “need” eight days off. The US managers are amazed by the discipline of Chinese workers, who, at the beginning of each shift, stand in rows, participate in chants and begin their work by taking orders from the foreman.

In a conversation between a Chinese and an American executive, the two observe the US workers tend to chat while working, and that the best means of remedying this would be duct tape. “Put it over their mouths. They will perform better,” one says. With the lessons and training drawn from this visit, the management team goes back to the US and starts implementing new policies, such as having pre-shift meetings where workers line up.

Meanwhile, the Ohio workers are increasingly disgruntled with “Chinese-style” management. Workers complain about the dismantling of their lunch room to make space for production lines, high temperatures in the factory and the narrow space between production lines.

One former GM worker explains that at the auto plant she made over $29 an hour, while she now earns less than $13. Chinese transplanted workers also suffer. They have been brought to the US, forced to leave their families for several years at a time.

A US worker expresses her disagreement with the drive to speed up production: “We have Chinese [bosses] who want numbers on this side, and customers who want quality on the other side.”

While the filmmakers seem to take the Chinese-American “conflict” explanation at face value, what unfolded at Fuyao America was not really about a conflict between two distinct cultures. Such a reduction shows the failure of Reichert and Bognar to understand the more fundamental driving forces bound up with the global integration of the capitalist economy.

That employees at Fuyao’s Chinese factory work longer hours in more dangerous conditions is the direct result of capitalist restoration and the market reform measures that have taken place in China since 1978. During this period the ruling bureaucracy in Beijing has opened up a cheap, highly exploitable labor market to foreign investors. Workers’ opposition to the harsh conditions is repressed by a brutal police state. 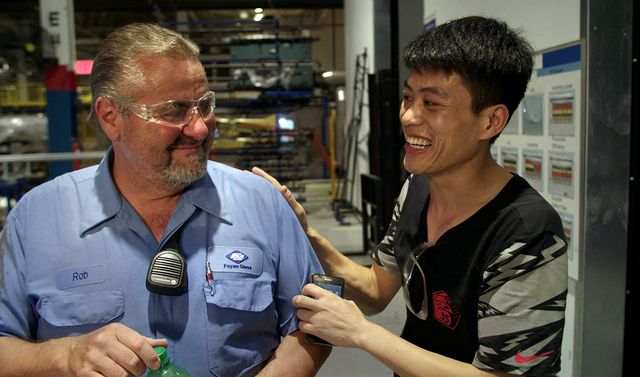 Rob Haerr and Wong He in American Factory

Moreover, the relatively safer (but not at all genuinely safe) working conditions and better benefits US workers have experienced are not the result of some inherently “American” attitude toward work, but the outcome of protracted struggles waged over the course of a century.

What the documentary makers also fail to recognize is that the turn towards stricter work rules, longer working hours, lower pay and highly intrusive management practices have not arrived at the Dayton plant because a handful of executives observed conditions at a Chinese factory. No, the shift toward the hyper-exploitation of labor is part of a broader social counterrevolution ongoing in every industry in the US aimed at taking away whatever limited social gains workers achieved in a previous period.

While American Factory truthfully presents some of the hardships facing Fuyao workers (low salaries, the unaffordability of housing, an overheated working environment, uncompensated workplace injuries, unaddressed safety concerns in the factory), its failure to examine the larger global shifts taking place leads the filmmakers to advance a wrongheaded perspective.

The fatally false notion that the UAW will fight for the interests of workers is presented uncritically. Fuyao management firmly opposes the union at the factory, and even hires a legal team to interfere with the workers’ unionization vote. Sen. Sherrod Brown, the Democrat from Ohio, attends the opening ceremony and promotes the benefits of the UAW. Fuyao founder Cao Dewang, a billionaire, thunders that “if the union comes in, I’m shutting down.”

On this basis, Reichert and Bognar, connected to the Democratic Party and the Obamas, choose to assume that the “the enemy of one’s enemies must be one’s friend.” However, the UAW’s track record of betrayals—including in the last two major US auto contracts, as well as the organization’s multi-million dollar corruption scandal—is not addressed. An even more glaring omission is the role the UAW played in the closure of the GM assembly plant in Dayton, the very plant where Fuyao established its US production.

The conditions facing workers, both in the US and China, certainly constitute a worthy subject for examination in a documentary. However, Reichert and Bognar limit their analysis to cultural conflicts at a single factory and fail to uncover the global socioeconomic processes behind the circumstances in which the workers find themselves at Fuyao.

The filmmakers’ disregard of these complex processes opens the door for a portion of the political establishment, like the Obamas, to use the film to advance a nationalist and pro-UAW outlook.

Contribute to the fight for socialism in 2020

2019 has been a year of mass social upheaval. We need you to help the WSWS and ICFI make 2020 the year of international socialist revival. We must expand our work and our influence in the international working class. If you agree, donate today. Thank you.