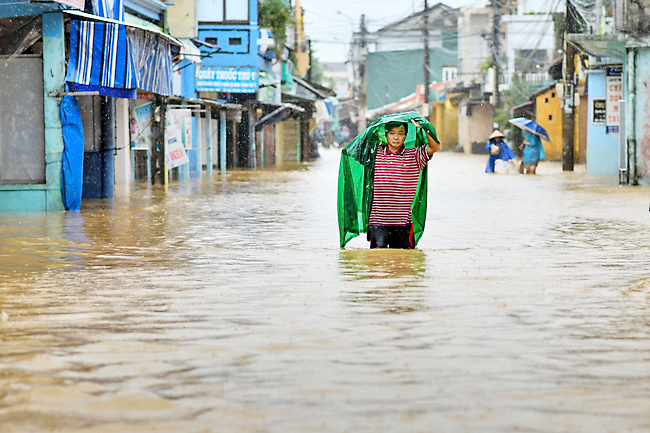 HANOI (XINHUA) – Natural disasters have left 62 people dead and five others missing in Vietnam’s northern and central regions over the past few days, the country’s Central Steering Committee for Natural Disaster Prevention and Control said yesterday.

The fatalities, up five from Friday, were mainly reported in the provinces of Quang Tri, Thua Thien Hue and Quang Nam, according to the committee’s latest report.

As many as 924 hectares of rice fields and nearly 232,900 hectares of other croplands were submerged in the regions.

Meanwhile, more than 461,600 cattle and poultry animals were killed or swept away, said the committee.

In addition, consequences of typhoon Nangka, which hit Vietnam’s northern and north-central regions on Wednesday, had killed two people in northern Hoa Binh Province and left another in northern Yen Bai Province missing, according to the report.

The disasters, mainly whirlwinds, floods, landslides and downpours, also caused economic losses of about VND5 trillion during the period, said the committee.

Commentary: The next big disruption of the supply chain network

Mounting Prices of Coupled With Onset of Cost-effective Alternatives to Fuel the Growth of the RFID Pallet Wrappers Market 2017...