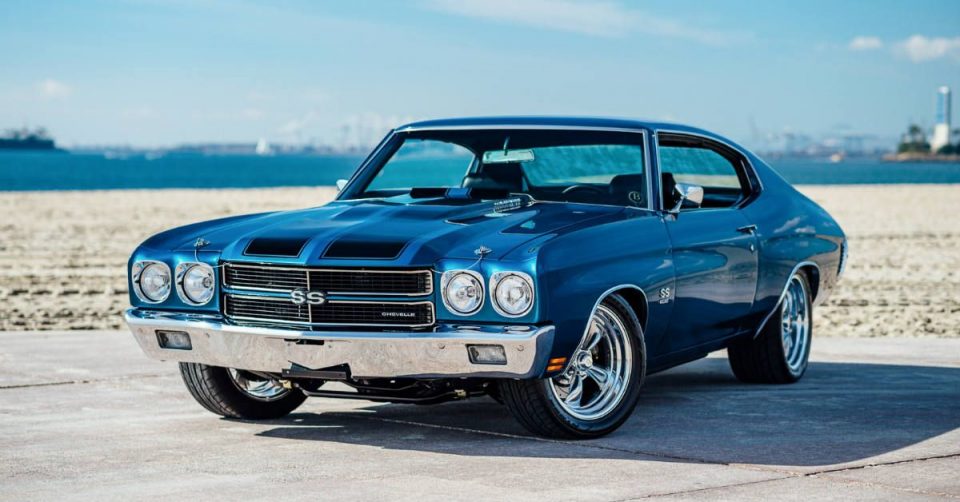 Thanks to Hollywood films such as The Fast and the Furious, the picture that comes to most people’s minds when they think of a classic muscle car is a speed demon that can obliterate modern sports cars on the track – and outrun the cops. Unfortunately, this is hardly ever the case in the real world.

RELATED: 5 Old Muscle Cars That Could Actually Go Around A Track (5 Classic Sports Cars That Were Best In A Straight Line)

While a few classic muscle cars still pack enough punch to put up a fight against some modern-day sports cars, the vast majority of them use outdated technologies and systems and would require a lot of time and money to get them up to current standards. The following list looks at five classic muscle cars that don’t need a lot of work to keep them up to current standards versus those that will turn anyone into a mechanic.

The Oldsmobile 442 (which gets its name from its four-speed-manual, four-barrel carburetor, and dual exhausts) was based on the legendary Cutlass and became Oldsmobile’ hottest muscle car of the 70s. It shared its platform with two of the best and most sought-after GM cars, the Pontiac GTO and the Chevelle SS.

Although it started as only a trim level, GM soon allowed buyers to customize their vehicles. By 1970, buyers who wanted more power could opt for a 455ci big-block V8. When paired with W30 parts, the motor made a whopping 360hp and 500 pound-feet of torque. The 442 could go from 0 to 60 mph in less than 6 seconds, which was extremely quick at the time.

The Chevy SS badge can excite any gearhead, especially when it has the magic number 454 under it. In the early 70s, the Chevrolet El Camino came with a big-block 454 ci LS6 V8 producing an impressive 365 hp.

Sadly, all that power went to the rear wheels, making the 1972 El Camino a real handful to drive. As cool as it is, the 1972 big block El Camino is for elite drivers or those willing to spend some time and money on handling-improving upgrades.

The iconic 1965 Mustang Shelby GT350 was a high-performance machine considered ahead of its time by many. However, many of its buyers felt that it was a little too hardcore. So, for the 1966 version, Shelby deleted, replaced, or made optional some of the car’s high-performance features, such as the fiberglass hood, Koni shocks, and the Detroit Locker rear differential.

While the 1966 Shelby GT350 was a bit toned down compared to the 1965 version, it was still a mighty car with its 306hp 289 CID V8 and had excellent handling. Shelby also gave buyers the option of adding a Paxton supercharger for $700, making it even better.

1975 was the worst year for Chevy for many reasons; thanks to new emission and safety regulations, rising insurance rates, and the oil crisis, the automaker’s performance lineup was in tatters.

The hottest Chevy in 1975, the Camaro Z28, came from the factory with a small 350 ci V8 that pumped out a mere 155 hp. To make matters worse, the car had awful build quality and heavy, ugly chrome bumpers. The 1975 Z28 is undoubtedly the Camaro that every enthusiast should avoid unless they have a project in mind and need one as a blank slate.

5 Great From The Factory: 1978 Pontiac Firebird Trans Am

In the late 70s, muscle car performance was a shadow of what it had been a decade earlier. New emission controls, high gas prices, and rising insurance costs forced most automakers to severely dial back horsepower.

But not Pontiac; for the 1978 model of the Trans Am, Pontiac increased the horsepower of the car from 200 to 220 and paired it with a special handling package that added wider 8-inch wheels, new tires, quicker steering, and a sport-tuned suspension. The result was a Trans Am that was faster and better at handling than the Chevy Corvette.

4 Needed Some Work To Be Great: 1970 Dodge Charger

The Dodge Charger is the meanest-looking muscle car of the 60s-70s era, explaining why they have a cult following to date. Apart from the looks, the Dodge Chargers had plenty of power coming from the mighty Americans V8s developed before emission restrictions.

Unfortunately, the Charger is also one reason why American performance cars have a reputation for not being able to take corners. To improve the 1970 Charger’s cornering ability, one would need to reduce its ride height, deal with the massive front and rear overhangs, and get a new set of tires, all of which will require a lot of time spent at the mechanic’s shop.

When GM abandoned its longstanding rule of forbidding the installation of engines larger than 400 ci in midsize cars, the company’s muscle divisions went into a frenzy. The Oldsmobile division immediately installed a massive 455 ci into the 442 while Chevy installed a powerful 454 ci LS6 V8 into the Chevelle SS.

Experts estimate that the LS6 produced a monstrous 500 hp and 500 pound-feet of torque thanks to its giant Holley 780 CFM carb and 11.25:1 compression ratio. Even with the skinny low-grip tires of the time, the car would hit 60 mph in just 5.4 seconds.

When it was first introduced in 1968, the Javelin was AMC’s first-ever actual pony car. It had the looks to rival the latest Mustang or Charger, and by the time its second generation rolled out in 1969, it looked even wilder.

Unfortunately, that was the last time AMC got it right. The 1970 to 1974 models looked downright sinister, which led to AMC losing a lot of fans. The Javelin’s interior had poor build quality with squeaky, brittle plastic all over. It’s new 5.0-liter AMC V8 engine was also unimpressive, pumping out just 225 hp.

Regarded by many as the greatest muscle car of the 80s, the Buick GNX was built for speed. After stringent emission laws had forced automakers to abandon the big-block V8 engines that dominated the 60s-70s era, Buick decided to bring back some of that V8 magic with the GNX.

They equipped it with a turbocharged V6 producing 276 hp, making the GNX one of the quickest cars at the time with a 0 to 60 time of 4.6 seconds. Unfortunately, Buick only made 546 GNXs, but most of the surviving cars are still in excellent condition.

NEXT: Here’s Why The Late ’60s Chevrolet Impala SS Is A Classic Muscle Car


Next
These Are The Most Stunning Japanese Cars Ever

Sam is a professional internet researcher, writer, digital marker, and graphic designer. All his work in research and writing revolves around these topics. He has unmerited love for cars and big bikes and everything around that.

How would you treat treated wood? Relaxed rules expire next month

What Is Fox Factory Holding’s (NASDAQ:FOXF) P/E Ratio After Its Share Price Tanked?

Almost All Quiet On The Eastern Front