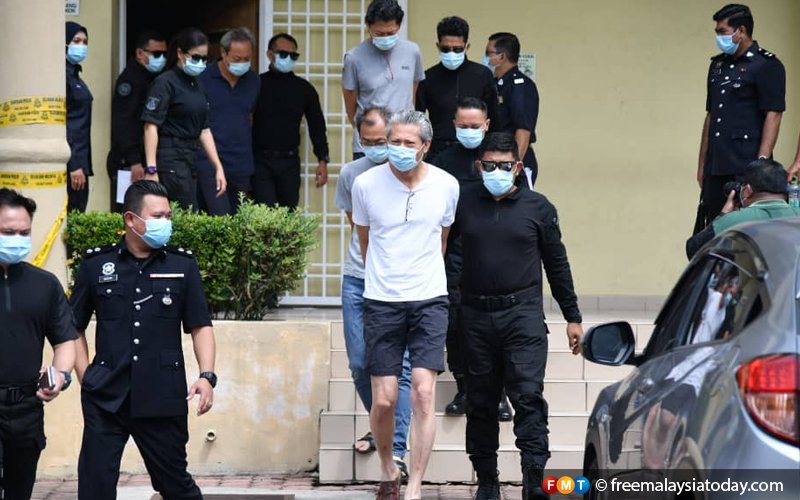 SELAYANG: Four brothers are among five men who pleaded not guilty to two charges in the Sessions Court here today for polluting Sungai Gong in Rawang on Sept 3.

The other person charged was the factory manager, Ho Voon Leong, 59.

The pollution of Sungai Gong, which feeds Sungai Selangor, led to a major water disruption in the Klang Valley, affecting 1.2 million households.

For the first charge, the five men are accused of intentionally committing mischief by causing hazardous waste from the factory to flow into Sungai Gong.

They were charged under Section 430 of the Penal Code, which is read with Section 34 of the Penal Code. If found guilty, they face a jail sentence of between five and 30 years or a fine or both.

For the second charge, they are accused of committing mischief by causing hazardous waste from the factory to flow into Sungai Gong without a licence.

They were charged under Section 25(1) of the Environmental Quality Act 1974, which is read together with Section 34 of the Penal Code. If found guilty they face a jail sentence of up to five years or a fine of up to RM100,000 or both.

It’s 5G vs. WiFi 6 for the Factory of the Future