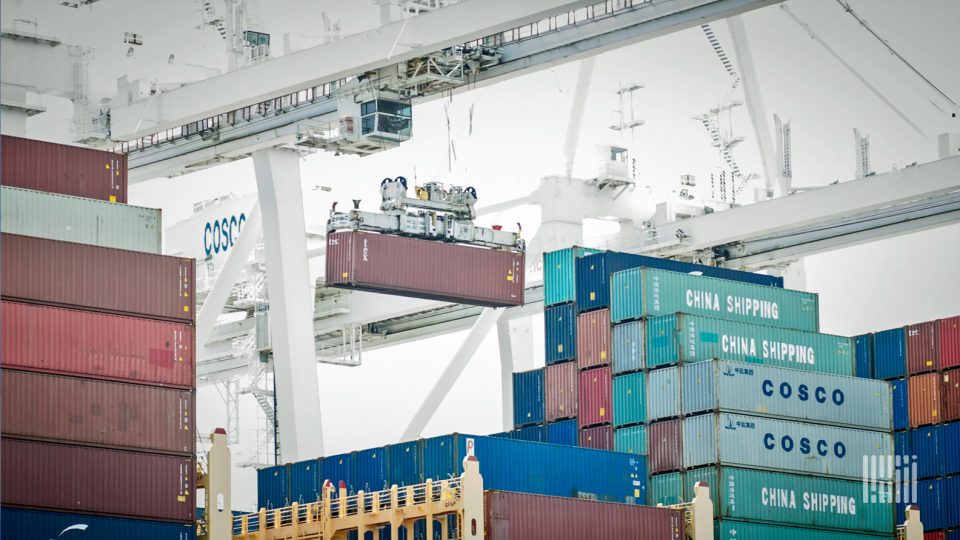 For many U.S. freight forwarders and consolidators moving freight during the coronavirus pandemic, it is as if the container-shipping rates of their initially contracted transport arrangements with the ocean carriers are no longer valid.

The National Customs Brokers and Forwarders Association of America (NCBFAA) has voiced this concern to the U.S. Federal Maritime Commission (FMC) in a recent white paper and asked the agency to launch an investigation. The FMC is tasked with monitoring the competitiveness in U.S. international container trades.

According to the NCBFAA, the difference between the NVOs’ contracted rates and these premium rates can easily add a couple of thousand dollars to the transport cost per container.

While the 1998 Ocean Shipping Reform Act paved the way for NVOs to negotiate service contracts with the ocean carriers, it does not stop ocean carriers from tacking on tariff-based rate increases, surcharges and general rate increases in response to market conditions.

When NVOs try to book NAC rates (which were negotiated with the ocean carriers back in April), they are limited to the contract MQC (minimum quantity commitment) divided by 52 as the NVOs’ maximum allocation. “Many times, we cannot even get that much space on the intended vessel,” Roche said.

Additionally, NVOs have been asked by the ocean carriers to book any additional cargo under spot-market rates in a ratio of 1-to-1 to as high as 4-to-1 to book NAC-priced containers.

“When we are forced to pay spot rates in order to get our customers on the ship, they can be as much as $2,000-$2,500 higher than the NAC rates to either coast since the last round of [ocean carrier] increases on Sept. 1,” Roche said.

“The NAC device inappropriately intrudes into the NVOCCs’ market by limiting competitive rates through specific NACs to several (or hundreds, depending upon the size of the NVOCC) NVOCC customers and creates significant commercial problems when those rates are not honored,” the NCBFAA white paper stated.

“Having a system where VOCCs (vessel-operating common carriers or ocean carriers) simply refuse bookings at contracted rates while holding NVOCCs to strict adherence to whatever the carriers elect to charge is manifestly unfair and inconsistent, if not directly contrary, to the spirit and letter of the Shipping Act,” the association told the FMC.

The NCBFAA discussed its white paper with FMC Chairman Michael Khouri during an online session of its Government Affairs Conference on Monday.

“I understand the issue of so-called ‘illusory rate certainty’ made possible by unilateral tariff changes together with space constraints might make it possible for ocean carriers to generate higher profits, while making it difficult for NVOs to mitigate the adverse consequences of the carriers’ actions,” Khouri told the NCBFAA conference attendees.

“I assure you that we have the matter under review and we are actively considering the commission’s best course of action with respect to your request for an investigation,” he added.

Khouri, meanwhile, suggested that NVOs may want to insist on the inclusion of language in their service contracts that hold the ocean carriers to the agreed upon rates.

However, Roche said most small and midsize NVOs represented by the association simply do not have the clout with the ocean carriers to change what is essentially “boilerplate” contract language.

How the FMC monitors ‘blank sailings’ and their competitive impacts

Freight charges fly by a third

CRFFN Flags Off Collection Of POF In Seaports  – :::…The Tide News Online:::…