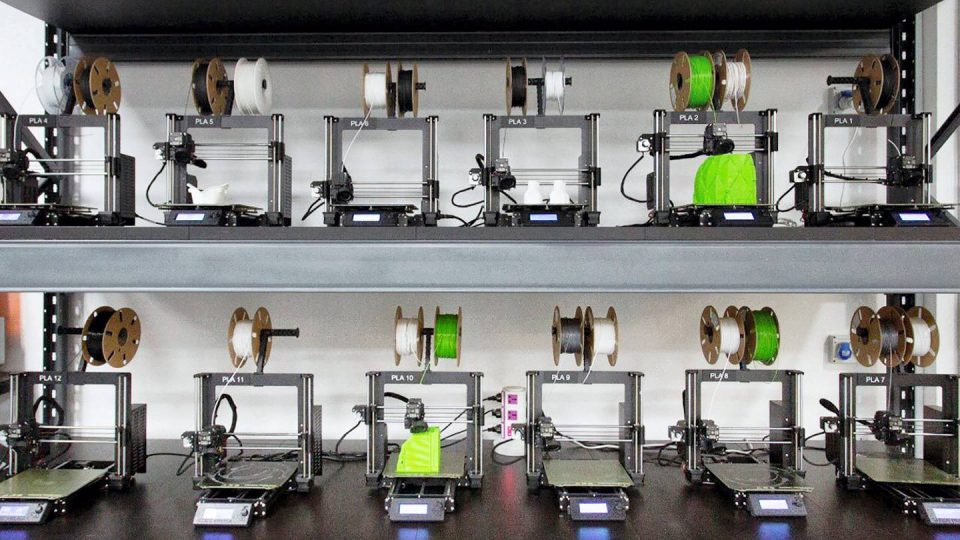 I was speaking to an executive in the shipping industry a few months ago and he described a scenario where hundreds of millions of shipping containers were in the “wrong place”.

What he was describing is the real-world supply chain crisis we now find ourselves in, which began when the commerce chain was interrupted during the pandemic when no new orders were placed, and ships and containers sat idle at their last port of delivery. Then the global economy revved back up again and the new bottlenecks have formed at ports around the world – from Shanghai-Ningbo to Los Angeles.

Economists at Citi predict we won’t be done playing catch-up on this crisis until later this year or even into 2023.

One of the many interesting things we are researching at the Dubai Future Foundation is the future of trade.

Thinking through the mechanics of trade is instructive because not much has changed over hundreds of years: you want an item, place an order and the item is delivered in due course.

Whether the delivery is by ship, air, bike or drone, it still gets delivered. The item is produced somewhere near or far, it might even be assembled over multiple locations. The fact remains that manufacturing takes place somewhere and needs to be moved to its destination somewhere else.

Right now, much of the manufacturing of mass-market products takes place in East Asia. And as the demand-and-supply-chain-crunch hit the world, one of the emerging trends is to establish better and larger storage facilities while increasing local and regional manufacturing capabilities to bring goods closer to consumers.

A significant change to today’s mode of doing business is that the intellectual property associated with each product will gain in value and importance: blueprints for any product could come from anywhere in the world, sent to the buyer or the factory for production.

This is an obvious solution, though hard to achieve as the production requirements are enormous and near-universal manufacturing capability is close to impossible.

We’ve all heard about 3D printing, and many of us have a 3D printer at home. We can print chess pieces, countless Hello Kitty mugs, even chocolate and pasta shapes. You get the picture: download a template or blueprint and print what you will.

Additive manufacturing, a slightly nerdier term for 3D printing, is in its infancy today. Yet, the Dubai Future Foundation has printed its very own building to demonstrate that it can be done quickly and cost-effectively. Built in 2016 at the original location of the Foundation, the 3D-printed office was the first of its kind and was eventually awarded a Guinness World Records title for that distinction.

For anyone doing some home-3D printing, the “printer” used for this assignment was truly gargantuan: six metres tall, 35 metres long and six metres wide. The component parts were printed over the course of 17 days and the building assembled in just two days. This project, designed by Gensler, has demonstrated efficiency on a number of levels: construction costs were reduced by 60 to 80 per cent, and the waste associated with this project was less than half of a traditional building of equivalent size.

The future will become more intricate, as different materials such as resins, glass, steel or even biological materials are included in additive processes and the complexity of the end-product increases. Once that state of technology is reached and when “additive factories” – factories that can print anything from any instruction – are everywhere, then anything can be manufactured anywhere.

There is likely to be countertop-sized sophisticated printers at home for smaller scale and relatively less intricate items, and we’ll see massive factories capable of producing anything from a VR headset to a blender and to medicines – even human organs.

These big factories may be akin to computer chip fabrication centres, and we may see a few in each country. Large cities may have their own additive manufacturing factories, and may well replace the fulfilment centres that currently supply online retailers. All products are made to order and would be dispatched quite locally, boosting economic self-sufficiency.

A significant change to today’s mode of doing business is that the intellectual property associated with each product will gain in value and importance: blueprints for any product could come from anywhere in the world, sent to the buyer or the factory for production.

The early stages of such companies already exist and they are at the interface between AI-powered engineering and additive manufacturing. For now, some of their products include racing bike saddles that are designed in Germany and the blueprint is sent worldwide for local adaptation and production. These are the contours of things to come, this is the beginning of the future of trade where ships will not have to wait at ports or at sea, where stocks are a thing of the past and where software is at the heart of hardware – a more important evolution, in my books, than NFTs.