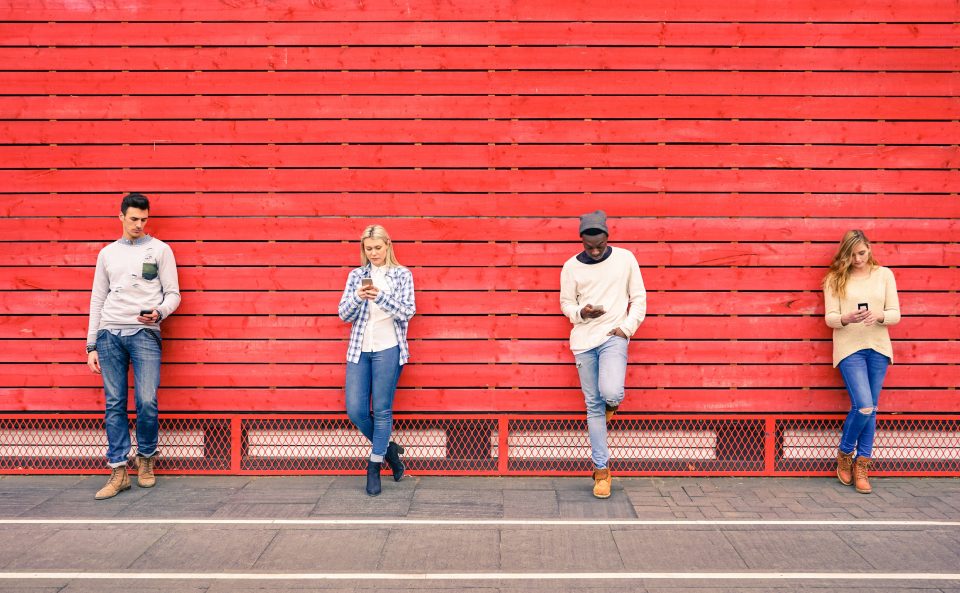 The upcoming election could bring about many policy changes that would impact business and investing, including ramifications for 5G mobile networks. The nascent technology is still in the early stages of construction. While the path to 5G may look different depending on who wins next week, progress on next-gen mobility will continue either way. Three stocks worth a buy right now are Skyworks Solutions (NASDAQ:SWKS), T-Mobile (NASDAQ:TMUS), and Applied Materials (NASDAQ:AMAT). 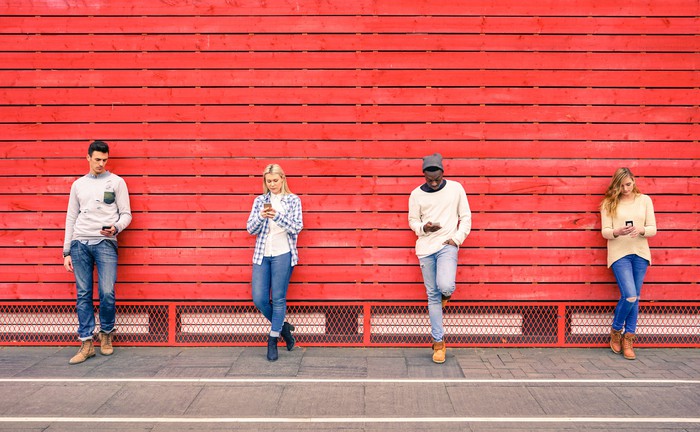 Nicholas Rossolillo (Skyworks Solutions): No matter the political outcome, connectivity chips will play an important role in the build-out of 5G in the coming years. And as new wireless services become available, consumers will need a new phone or other device that can connect to it. That’s where Skyworks Solutions comes in.

The company derives about half of its revenue from Apple (NASDAQ: AAPL), supplying the iPhone with 4G connectivity chips. The balance of sales comes from various other smartphone makers and other devices that are in need of a wireless network or Wi-Fi connectivity. In recent years, that has become a tough gig. iPhone sales have slowed, and Skyworks lost some sizable customers in China during the trade war. As a result, trailing 12-month revenue is down nearly 20% from its peak in mid-2018. 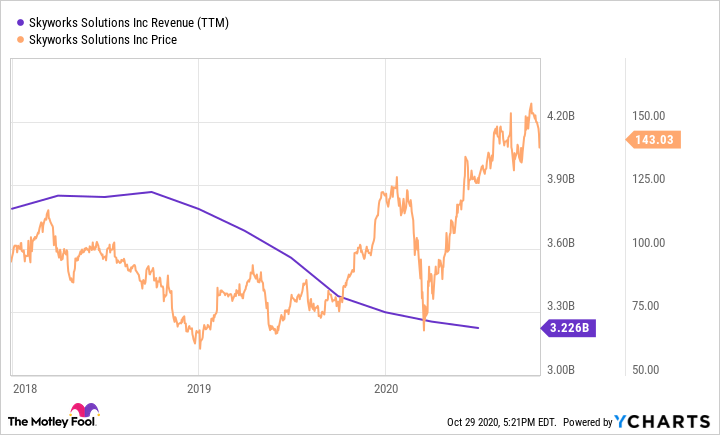 It may thus come as a surprise that Skyworks stock has rallied this year and is currently close to all-time highs. The reason? 5G phones — including the new iPhone — are now available and being advertised in earnest. And given the steep drop in consumer smartphone purchases earlier this year during the lockdown, there could be pent-up demand for devices of the 5G variety during the upcoming holiday shopping frenzy. In fact, management indicated a few months ago it expects to return to year-over-year growth, predicting revenue of $830 million to $850 million compared to $827 million a year ago. Results will be released on Nov. 2, a day before the election.

And even though Skyworks has lost sales the last few years, its profitability has remained stable. Trailing 12-month free cash flow (revenue less cash operating and capital expenditures) is flat with where it was at the beginning of 2018. If revenue does in fact mount a comeback, so will the bottom line. At just under 25 times free cash flow, this stock looks poised for another run higher as the 5G race gets going in earnest.

T-Mobile could dodge a bullet under Biden

Anders Bylund (T-Mobile US): Democrat lawmakers are currently investigating a plan by the Trump administration to build and operate a new 5G network using federal and military-spectrum licenses for commercial purposes. That would be bad news for the current set of nationwide wireless carriers, including T-Mobile US. A Biden win seems likely according to recent polls, and I don’t expect the federal 5G idea to survive long if Biden moves into the White House.

Nixing Trump’s Pentagon-backed 5G network would benefit T-Mobile more than the other major network operators because it has larger 5G ambitions than Verizon (NYSE: VZ) and AT&T (NYSE: T). The company has more spectrum bandwidth to play with thanks to the merger with Sprint. A federal rival could undermine that advantage in a hurry by repurposing spectrum slices formerly earmarked for military services.

Therefore, T-Mobile would love to see a Democratic government that doesn’t support any of these potentially game-changing ideas. The stock might not skyrocket as soon as the election results are in, but T-Mobile’s growth story should dodge a dangerous bullet and continue to develop over time. As such, T-Mobile looks like a solid buy for growth-oriented investors ahead of next week’s election.

A cheap stock, especially if we get friendlier with China

As 5G and high-performance computing applications are just being ramped, demand for leading-edge chips has proved resilient this year, even amid the pandemic. That should mean more demand for Applied Materials’ machines.

Currently, Applied Materials trades at a very cheap price — especially for the tech sector — at just 17.4 times trailing earnings and 13.6 times forward earnings estimates, with a well-covered dividend yielding 1.5%. Not too shabby for a company that grew revenue 23% and adjusted (non-GAAP) earnings per share (EPS) by 43% last quarter.

The problem might lie in the current U.S.-China trade war. Last quarter, sales to China accounted for 33% of sales. While just some of that is to domestic Chinese companies and other sales are to foreign companies with factories in China, it’s still a material portion of Applied’s revenue base. Thus, recent sanctions that cut off chip sales to Huawei and especially the new potential ban on equipment sales to Chinese foundry Semiconductor Manufacturing Incorporation (OTC: SMIC.Y) could hurt the company.

However, as of now, Joe Biden is favored to win the U.S. election. While it’s possible he would also be tough on China, it’s hard to imagine the relations between the two countries getting worse than they are right now. But even if sanctions against Chinese foundries stick in some form, Biden’s stimulus plan also calls for investments and R&D credits in domestic manufacturing and next-gen technologies. That could help U.S.-based Applied Materials on the cost side, and any further government subsidies to boost domestic chip manufacturing could also be a windfall for Applied Materials. Applied is the largest semiconductor equipment company by revenue, with a very diverse product base, so any new or redundant foundry capacity on U.S. soil would likely buy lots of Applied Materials’ machines.

I’d tend to view jitters over U.S.-China relations more as an opportunity to pick up shares of this leading U.S. tech company on the cheap.

How procurement can drive savings in a world of high inflation