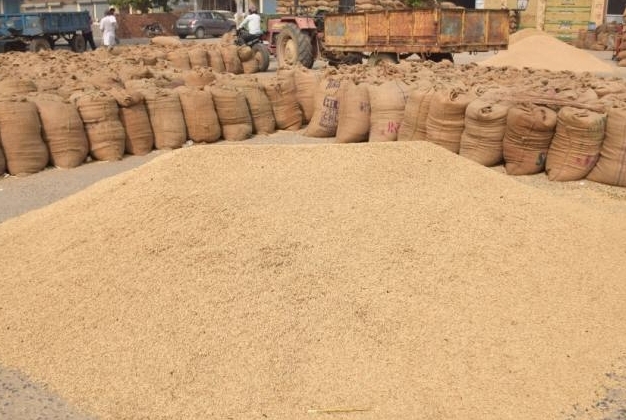 Attabira: Stalemate on paddy procurement in Bargarh district still continued as not a single bag of paddy could be procured within three days of opening of mandis.

According to reports, almost 60 per cent of kharif paddy in six blocks of this sub-division has been harvested so far. The local registered farmers have resented for not being given requisite token.

However, the Civil Supplies department had earlier claimed to have provided tokens to respective farmers 15 days ahead of opening of mandis.

On the other hand, resentment is brewing day by day in the region. Local farmers and farmers’ organisations of western Odisha united Sunday at Gudbhaga mandi premises of Attabira Regulated Market Committee (RMC) in this connection.

It was decided at the meeting that all farmers of Bargarh, Sambalpur, Bolangir and Subarnapur districts will stack their kharif paddy in front of block and tehsil offices of respective areas, if the departmental authorities do not procure paddy without tokens.

Notably, paddy was to be procured at 60 different points which includes 18 market-yards and 42 purchase centres.

Impact Sourcing Is More Than a Procurement Strategy, It’s a Company Mindset Change

How Blockchain is Helping with Procurement in Organizations