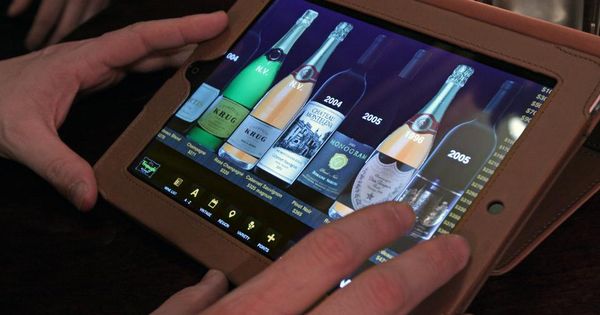 According to Rabobank’s Alcohol 2020 report, U.S. online beverage alcohol sales hit $2.6 billion in 2019. Yet, Rabobank cautions, “The industry must take assertive action to address the challenges facing alcohol e-commerce…failure to act could have profound consequences.”

The reason Rabobank broadcasts its cautionary message: “Despite the strong growth of e-commerce sales…penetration of the online alcohol category remains abysmally low…alcohol’s share of food-and-beverage spending drops by 88% online, compared to its share of wallet in brick-and-mortar stores…without effective participation online, e-commerce could become a wedge that separates alcohol brands from their customers.”

In an odd twist, the report states that brick-and-mortar online versions are, “…the most mature online channel in alcohol.”

While grocery stores have come to understand beverage alcohol’s contribution to their profits online, Rabobank says not enough grocers are online with alcohol and those that are have yet to embrace experiential rather than transactional selling. Rabobank points out that not one major retailer it studied allows shopping online by price, and most do not provide “…tasting notes, product pages or third-party ratings.”

In the third-party unlicensed realm, Rabobank identifies the Top players as Instacart, Drizly, Vivino,  Minibar Delivery, ReserveBar and Thirstie. This marketplace grew by 60% since 2017—at $265 million. As it had in the grocery marketplace, wine came in at $145 million; but spirits and beer reversed their standing in grocery sales, at $85 million and $40 million respectively in this third party marketplace.

The e-commerce alcohol figures account for just over half a billion in an estimated $200 billion-plus category. Rabobank says sales online must grow large because those sales serve to drive sales in the more traditional store setting. In other words, miss the opportunities in the online cloud and your products will slow down on the ground as well.

By coincidence, a Thirstie press release arrived the same day the Rabobank report arrived. In its announcement of three new partners in its new Thirstie Access beverage alcohol product program for small beverage alcohol producers, the company says this is “…the only way these smaller brands are going to be able to compete with the industry leaders.”

Thirstie claims to have partnered with retailers in close to 50 cities that deliver spirits, wine, and beer on-demand, as well as scheduled delivery and shipping to consumers where permissible by law, and that the company does its business, “…fully compliant within the 3-tier system.”

The Wine and Spirits Wholesalers of America recently announced a commitment to establish and/or enhance the wholesalers’ beverage alcohol online presence, but the organization didn’t describe what that presence will look like. When taken into consideration that Rabobank predicts a bright future for the third-party unlicensed online companies, and that companies like Thirstie have focused on smaller producers often with difficult or no access to the 3-tier system, it brings up the possibility that the online beverage alcohol retail marketplace landscape may soon be divided by producer size: the small, perhaps upcoming producers in one digital realm and the large, often mass producers in another digital realm.

Another possibility, one that the spokesman for the National Association of Wine Retailers, Tom Wark has expressed many times, is that e-commerce could precipitate the fall of the 3-tier system in the U.S.—although it’s doubtful anyone should bet on that scenario for the immediate future.

Finally, according to Rabobank, e-commerce is responsible for $950 million in Direct-to-Consumer (DtC) wine sales, representing a year-over-year growth of about 9%. The rise of private label clubs selling DtC in part addresses an apparent difficulty wineries face in trying to develop better ways to attract customers beyond a visit to the tasting room.

Covid Victims Can Take Retirement Distributions with No Tax Penalty