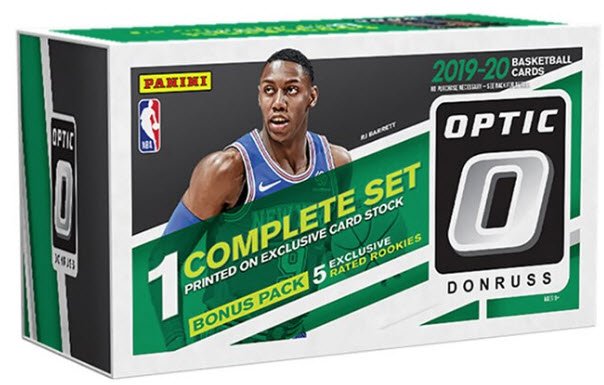 Hobby boxes will be here in February but there’s a new twist for one of the hobby’s increasingly popular basketball issues.  There’s a 2019-20 Donruss Optic basketball factory set in the works, with some exclusive content.

Panini America has partnered with Fanatics for the set, which won’t differ much from the standard Optic base set, offering the same 200 cards (150 base cards and 50 Rated Rookies) but printed on what Panini refers to only as “exclusive card stock.”

The draw for many will be the five card Rated Rookie ‘Green Wave Parallel‘ bonus packs that will come with the set.  Obviously, the big draw will be Zion Williamson but Ja Morant and the remainder of the 2019-20 rookie class isn’t too shabby either. 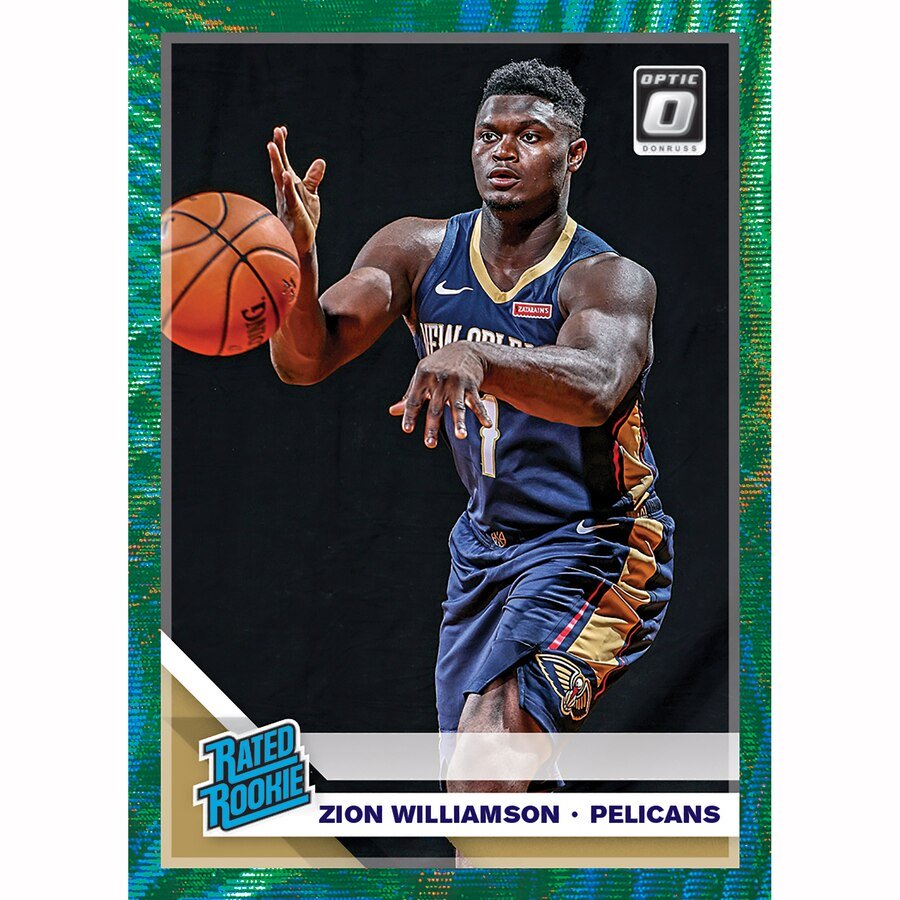 The sets first went on sale at the end of December but quickly sold out and have been restocked now.  They’re $79.99 and available only through Fanatics and its partner sites like SportsMemorabilia.com (which often has free shipping). It’s also available through NBAStore.com. 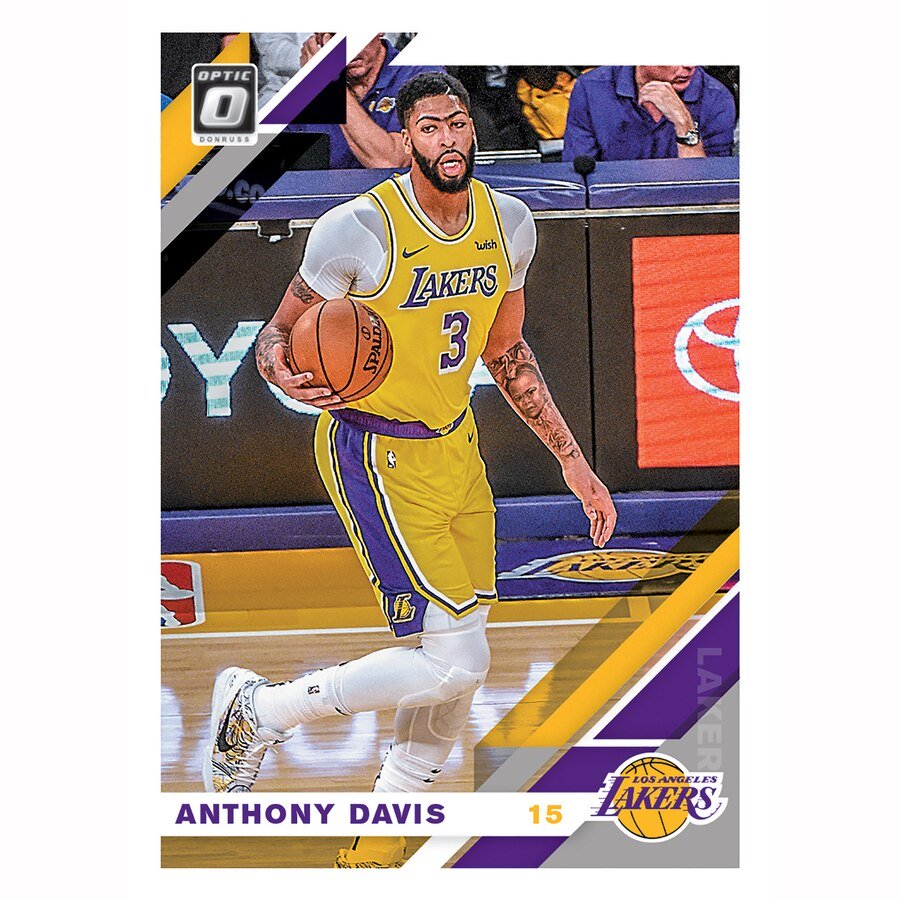 You’ll have to wait a bit to get one as the product listing states that sets will be shipped “on or before April 10.”  Given the popularity of such products, it’s possible they won’t nearly last that long.

Rich is the editor and founder of Sports Collectors Daily. A broadcaster and writer for more than 30 years and a collector for even longer than that, he’s usually typing something somewhere. Type him back at [email protected]