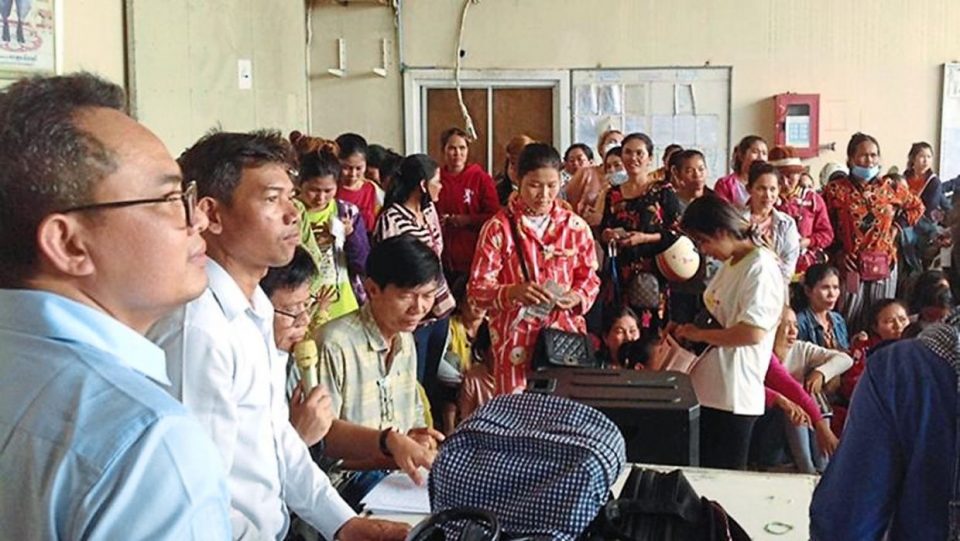 MORE than 1,000 textile workers in Takeo province were paid after the sale of equipment from the defunct Hong Sen Textile (Cambodia) Co Ltd.

The unpaid workers had been protesting for nearly a month in front of the factory before the Ministry of Labour and Vocational Training intervened.

The workers were given two options – a lawsuit or an alternative out-of-court settlement via a factory equipment auction.

“We monitored the bidding to make sure it was conducted legally to protect the workers’ interests. The problem was solved smoothly and properly,” Virya said.

Virya said because the 1,285 workers were from two factories owned by the same owner – one had 906 workers and the other had 379 – the auctions were held based on the workers’ consent.

Cambodia Federation of Labour Unions president Sear Sorn, who facilitated the dispute, said the workers received their compensation without objection.

The Hong Sen textile company had been operating for eight years, exporting underwear and baby clothes. — The Phnom Penh Post/ANN