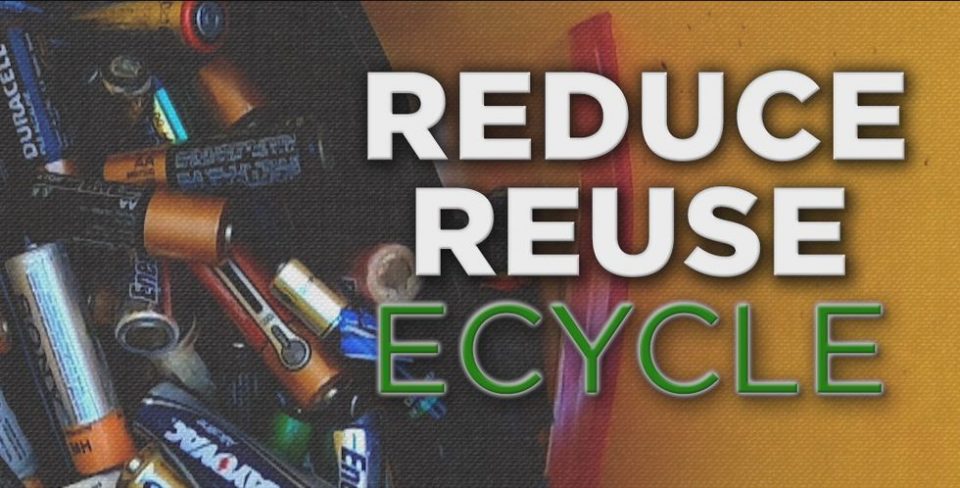 Tonight at 10, NBC15′s Gabriella Rusk explains how Wisconsin’s e-cycling program compares to states across the country.

MADISON, Wis. (WMTV) – In the past year, many families have spent time at home during the pandemic cleaning out the infamous junk drawer of old cell phones and chargers or dug out the unused televisions from the basement.

Sarah Murray, the E-Cycle Wisconsin Coordinator for the Department of Natural Resources, says often most people don’t know what to do with equipment that’s collecting dust around the house.

“We definitely see more and more electronics being used but a lot of us tend to kind of hang on to them until we absolutely have to get rid of them,” said Murray. “They’re not necessarily posing a risk sitting there but when you need to clean them out or want to clean them out, we want to make sure people know what to do with them.”

According to the DNR, there are about 26.3 million electronic devices in Wisconsin homes and about 9.3 million are unused.

Murray says the goal is to recycle those items.

“Everything that’s in electronics can be recycled, but they have to be separated,” she said.

The recycling of electronics is a very different process than recycling materials like glass, plastic, cans, or cardboard.

In 2010, Wisconsin passed a law making it illegal to put electronics in the trash. The law also requires electronics manufacturers to help cover the cost of responsible recycling.

Since then, more than 325 million pounds of electronics have been recycled in the state.

“It will be a legacy for Wisconsin and it is a testimony to the citizens that they, for the most part embraced the requirement to recycle,” said Sen. Miller. “I’m very proud of the fact that’s recognized as one of the best ones in the country.”

Withinn the United States, only 25 states have some form of electronic waste laws.

“Ours has been one of the more successful in terms of what we’ve collected per capita and how many collection sites we have available to folks around the state,” said Murray.

Some companies, like Cascade Asset Management, have built a business around e-cycling.

Neil Peters-Michaud founded the company in 1999.

“We started the business to try and find responsible outlets for recycling electronics,” said Peters-Michaud.

At Cascade Asset Management, the first priority is to see if an item can be reused.

“The demand for refurbished computers is very high,” he said. “That can create a very good market for used equipment and help to support reuse and recycling too.”

If an item can’t be refurbished, employees will break it down to the valuable commodities like aluminum, copper, steel, and plastic.

“We’ll actually tear it down into different material parts,” said Peters-Michaud. “As things get smaller and more complex, it becomes a challenge.”

The process of recycling electronics can be complex and require tedious manual labor.

“The electronic recyclers have to be incredibly nimble and always adjust their processes,” Murray said.

The City of Madison is a state-wide leader in electronic waste collection.

“There’s a lot of hazardous material that has to be handled safely,” said Johnson. “You don’t want [it] leeching out into the environment.”

He says part of being a consumer is making sure you recycle the product once you’re done using it.

“It’s something that we should take a lot of responsibility for just to make sure that those resources that were spent into making this cool thing aren’t wasted on the back end,” Johnson said. “I would like to see some of the producers of these materials take more responsibility in designing products that either lasted longer or were more built for easier recycling.”

“We may be seeing less weight collected but probably more devices,” said Murray. “We’re going to be dealing more with the safety of handling things like batteries and data security.”

Johnson believes the demands for electronic recycling will only grow in the next decade.

“We’re only going to get more and more stuff in our lives that are complicated and driven by electronics,” said Johnson. “As electronics keep getting lighter, [recycling] programs will get less weight, but that doesn’t necessarily mean that they’re collecting less stuff.”

Sen. Miller feels that the electronic waste legislation needs to be amended to embrace changes with technology. He also feels new laws can be introduced to help clear more space in landfills.

He says other states have passed laws banning carpeting, paints, and mattresses from landfills, but Wisconsin has not been able to.

“I would like to see us move into some other areas that require recycling and would really benefit our landfills and our communities,” he said.