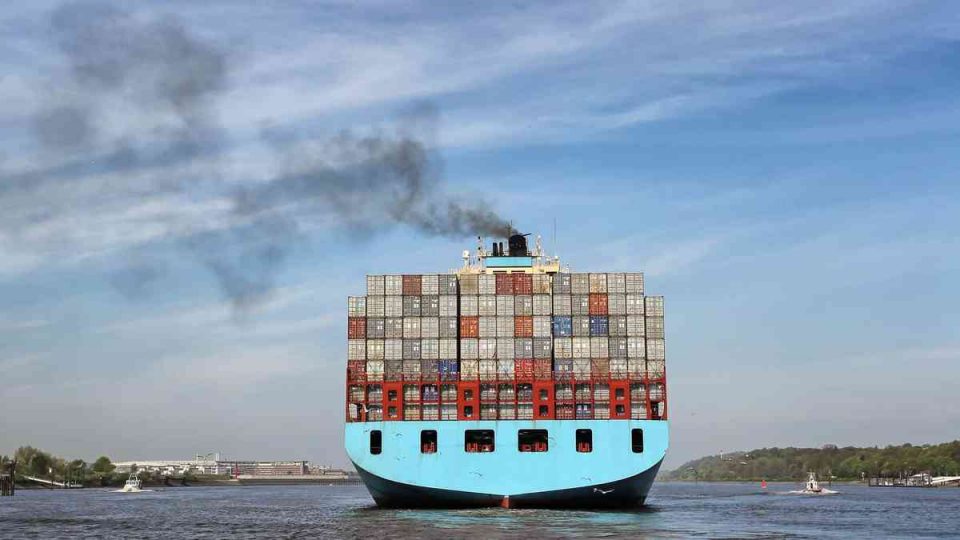 On Jan. 1, 2020, new
emissions standards from the International Maritime Organization (IMO), designed
to curb emissions produced by maritime shipping, will go into effect. The new
standards will further limit the acceptable levels of sulfur in ship fuel.

The standards are likely to
have a profound impact on the global logistics industry, as nearly all – more
than 90% – of the world’s trade remains carried by sea.

What the new standards change

The new rules will further limit the acceptable sulfur content of marine
fuel, ratcheting it down from the existing 3.5% to 0.5%. As a point of
reference, most current marine fuel averages a sulfur content of around
2.7%.

The change to sulfur limits
will be the first the IMO has made since it established the original 3.5% limit
in 2005.

The rule change isn’t
complicated, but it will likely have wide-reaching effects on the logistics
industry, fuel production and global trade. Experts from the oil and gas
industry have gone as far as describing the new rules as “the biggest
change in oil market history,” according to CNBC.

The new standards will
require the shipping and cruise industries to turn from cheaper, dirtier crude
oil to products that are cleaner and less polluting, but more expensive – or
face fines levied by the IMO.

The IMO did not change its
regulations beyond the sulfur limit. As a result, ships can continue to use
high-sulfur fuel, so long as they use an exhaust cleaning system to scrub their
emissions, or if they mix that fuel with another variety that brings the total
sulfur content below the 0.5% limit.

Why the IMO changed its standards

Experts predict the
reduction in sulfur content to reduce the amount of sulfur oxide produced by
global maritime transit. They say it should improve the health of those living
in communities near ports, major shipping routes and coasts, which are
typically the most impacted by maritime pollution and emissions.

In its reasoning for the
change, the IMO cited a study which predicted cutting
emissions of sulfur oxide could prevent more than 570,000 premature deaths
between 2020 and 2025.

The same study estimates
that the cost of the rule change will be approximately $30 billion per year, or
around $277,000 per prevented death.

Residents in the coastal
regions of India and China, where shipping lanes are densest, can expect to see
some of the most significant health benefits.

The fuel change is
substantial, but not the most restrictive standard on sulfur content the IMO
imposes. Ships operating in emission control areas established by the
IMO – which include the Baltic Sea and the area around Puerto Rico and the U.S.
Virgin Islands – already need to comply with a 0.1% sulfur content limit.

Some shipping companies
have expressed worries about their ability to comply with the new standards,
but the IMO has been steadfast that the regulation will become active on Jan.
1, 2020.

How shipowners are responding

In the same way they can manage product shipping on land, logistics
companies will need to turn to new technology – and possible fuel types – to
reduce their production of sulfur oxide and come into compliance with the new
IMO regulations.

The rule change leaves
shipowners with a few different options for compliance, including switching
from high-sulfur fuel to marine gas, very low-sulfur fuel or liquefied natural
gas, as well as systems that clean engine exhaust.

Major oil producers BP and
Royal Dutch Shell have already announced that they are producing very
low-sulfur fuels that will fall under the 0.5% limit. The IMO has prepared,
however, for shortages of compliant fuel at smaller ports with fewer available
resources.

Marine energy and shipping
consultant Adrian Tolson predicts most shipowners will switch to marine gas, natural gas or low
sulfur-content oil, while a smaller portion – around 20% – will install exhaust
gas scrubber systems to help control their emissions of sulfur oxide.

Shippers will need to begin
planning now, if they haven’t already. By the time the IMO starts enforcing its
regulations in early 2020, shipping companies should already have identified
alternative fuel sources that will bring them into compliance with these new
standards.

While the shipping and
cruise industry will likely be the most impacted by the rule change, ships of
all sizes will need to comply with the regulation. They will also need to meet
the standards regardless of whether their voyage is international.

How the new IMO standards may change maritime shipping

The new rule change isn’t
complex but is likely to cause significant changes in the maritime shipping and
oil and gas industries. Shipowners and energy companies have been preparing for
the shift by looking to new fuel sources and equipment that could reduce their
production of sulfur oxide.

The new standards will be
costly to the shipping industry – but, if successfully enforced, could save
hundreds of thousands of lives.

In the future, as
sustainability, environmental stewardship and climate change become more
pressing priorities, these sorts of rule changes may become even more
prevalent.

Factory Donuts Gearing Up For Saturday Opening In Doylestown

Delivering for our export sector through rail infrastructure