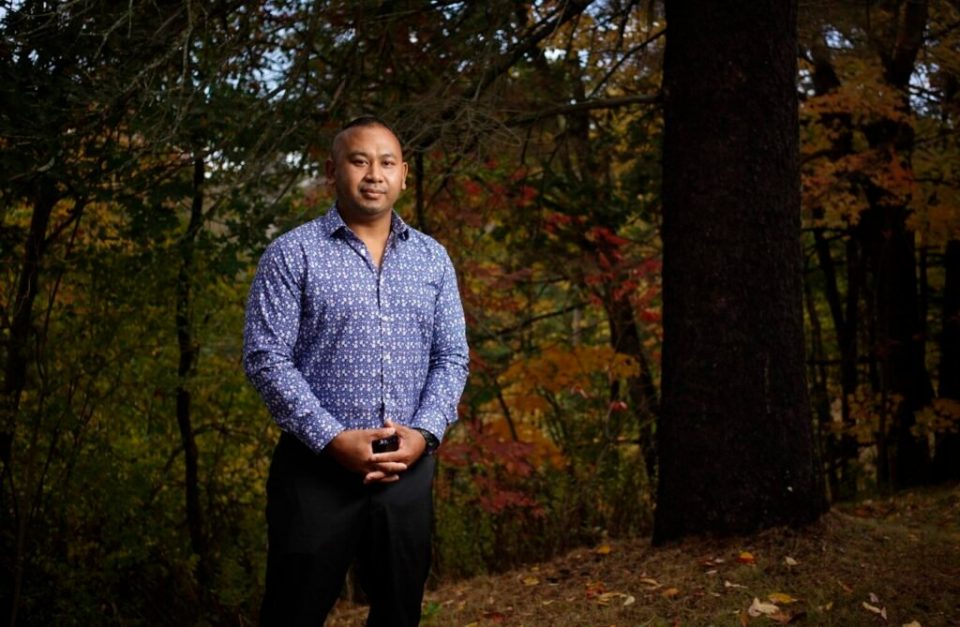 As the coronavirus pandemic closed businesses, stopped social gatherings and upended life as it had been, Pao threw himself into renovating his new office. He spent time focusing on his kids and finding ways to have date nights with his wife.

As a combat veteran with post-traumatic stress disorder and a clinical therapist who works with other veterans, Pao knows well that veterans tend to be self-sustaining. But he also knows how easy it can be to turn to alcohol, drugs or isolation to cope with added stressors like the ones that come with living through a pandemic.

“The pandemic has hit everybody, from all levels and all backgrounds. For veterans who have been to combat or have symptoms of PTSD, isolation is going to be ten-fold,” said Pao, a retired staff sergeant who deployed to Iraq and Afghanistan with the Maine Army National Guard. “The ones who are able to continue on positively are the ones who are going to keep their hands busy so their mind isn’t so idle.”

Natural disasters and pandemics are known to increase the rates of depression, PTSD and substance abuse disorder, and experts worry veterans are especially vulnerable. Veterans may experience the current crisis through the lens of their wartime experience, which can be re-traumatizing, while also being cut off from the social support networks they rely on. They’re facing extra stressors, including job loss, caring for sick family members, teaching children at home and concerns about their own health.

“Everyone is going through a rough time. It’s especially difficult for someone who is already in a tough spot,” said Dan Martins, a Navy veteran who served in Iraq and now works as a peer support specialist with the VA Maine Healthcare System. “There is a tendency to unplug from everyone and go into our shell. It’s super easy during this time.”

That isolation can be a trigger for relapse for veterans in substance abuse treatment. It can also lead to setbacks in treatment of PTSD, anxiety and depression. There may be more subtle signs a veteran needs help: feeling a bit more irritable, difficulty sleeping and more conflict in the family.

“There’s a whole lot of anxiety about what’s to come,” said Katharine Mocciola, a clinical psychologist and interim assistant mental health service chief for the VA Maine Healthcare System. “A lot of our patient veterans are juggling managing their own jobs while taking on the role of stay-at-home parent and/or teacher.”

Since March, the VA Maine Healthcare System has had over 33,000 mental health visits using alternative technologies like telehealth conferencing platforms. In addiction services, support groups and meetings went remote. Instead of meeting in person for peer support, veterans connected over the phone and through video. Veterans without access were provided the technology and support they needed to connect with their providers and support networks.

“Veterans are quick to adapt,” Mocciola said. “I’m so glad they knew the doors were open and they were using it.”

Providers at the VA say it’s important for veterans to stay connected to each other and know they can reach out for support before they reach a crisis point.

Sgt. San Pao is pictured in June 2010 while serving as a squad leader with the Maine Army National Guard Bravo Company near the Afghanistan-Pakistan border. Bill Nemitz/Staff Writer

Pao knows that one of the hardest, but most important, things to do as a veteran is reach out.

Now 39 and living in Gorham, he was born in a refugee camp in Thailand, the son of a Cambodian professor who was driven from his homeland by Pol Pot’s Khmer Rouge regime, a hardline-communist command that terrorized Cambodia from 1975 to 1979, killing 1.7 million to 3 million people. After two years in the refugee camp, Pao’s family sought asylum in the United States and settled in Maine.

Pao lost friends during a suicide bombing in a dining hall and in an IED explosion during a convoy. He came home damaged physically and mentally. Plagued by flashbacks, fear and anxiety, he was on the verge of suicide before turning to therapy.

Now a clinical therapist in Windham, Pao’s clients include veterans and their families. It’s important, he says, for partners and families to take action to help veterans reach out when they’re struggling. And he wants veterans to know there is a light at the end of the tunnel, even if it’s hard to believe in themselves right now.

“The beauty of veterans’ mindset is they will adapt to overcome with the right influences and the right supports,” Pao said. “We’re constantly changing things to make sure it’s working. If we stay rigid, that’s where the fail becomes a failure. For us, if we can try to be accepting of the situation and be really flexible like a rubber band, things do become better.”

In absence of ‘Stand Down,’ agencies step in to help Maine’s homeless veterans