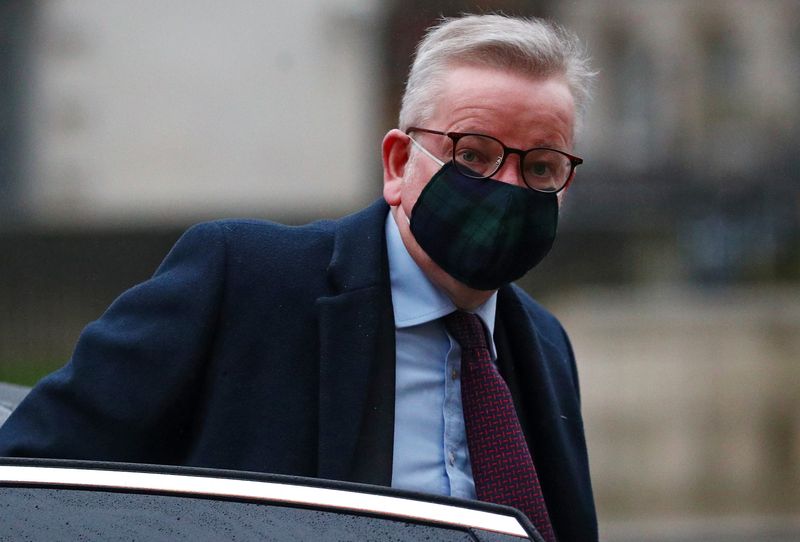 Since Britain completely left the EU at the end of 2020, businesses and hauliers have had to adapt to new trading arrangements, including new systems for companies and officials in the Northern Ireland.

Some supermarkets in the British province have struggled to import fresh goods from Britain due to the amount of customs declarations and health certificates they need to complete.

Gove said the government was working to resolve the issue. “That work is ongoing, it is all part of the process of leaving the European Union, we said that there would be some initial disruption, we’re ironing it out but the situation will get worse before it gets better,” he said.

He also warned of problems for freight traffic heading to the EU from the port of Dover from next week as volumes returned to normal after Christmas, from 40% of usual levels currently.

Drivers must ensure that they have the correct documentation when they travel to the EU or they could face fines. So far, Britain said 700 trucks had been turned away from the border and 150 fines had been issued for non-compliance.

“The real challenge and potential for significant disruption starts next week when we expect that the number of lorries heading to the border may return to normal levels,” Gove said.

Before Christmas and the introduction of the new rules, there were long queues of trucks heading to Dover and to the Eurotunnel freight entrance, exacerbated by a requirement that drivers needed a negative test for COVID before they could cross into France.

Britain said over the last week there had been an average of 1,584 trucks per day attempting to cross the border but that figure was expected to rise to 40,000 a week by the fourth week of January.