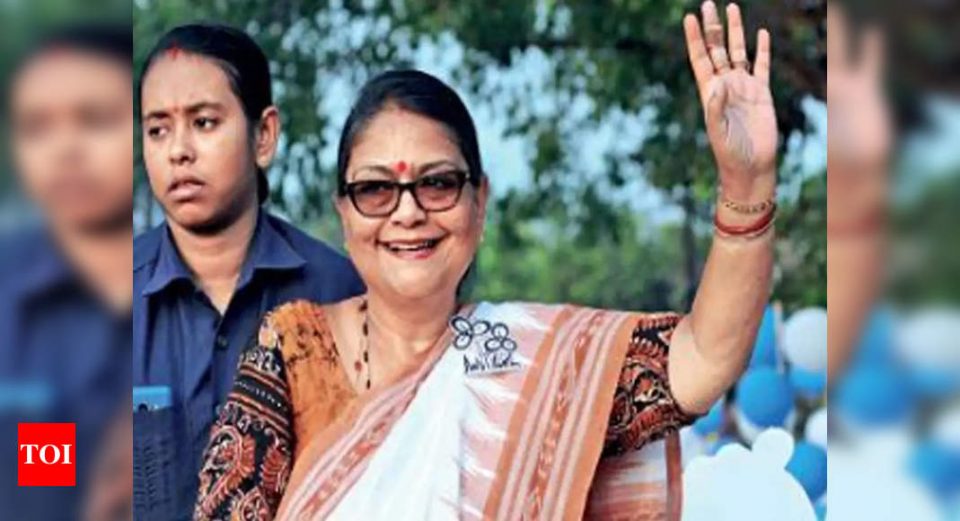 KOLKATA: Trinamool Congress on Saturday accused the Centre of being a “fake news factory” and attacked the NDA government in Delhi for its “failure” to control Covid-19 in time. Stepping up the “outsider” heat, TMC also questioned BJP’s track record in handling crimes against Dalits and women, quipping they “have lunch before elections” and “torture them after elections”.
TMC Lok Sabha MP Kakoli Ghosh Dastidar, addressing reporters at Trinamool Bhawan, said: “This is a dangerous situation. Put simply, this central government is a fake news government. They churn out fake news like assembly lines in car manufacturing factories. This fake news is then spread through different WhatsApp groups. These are not white lies that do not do any harm. These lies are destroying the basic fabric of society, destroying constitutional values, our secularism and culture. These are also divisive.”
Citing the “long list” of torture against Dalits, Dastidar said, “The latest is the brutal murder of a 22-year-old Dalit autorickshaw driver in Gujarat’s Bhavnagar for simply refusing to ply. It started with Rohit Vemula and the cycle continues with the rape and forcible burning of the Hathras victim. ‘Beti Parao’ is now ‘Beti Porao’ (teach daughters has turned into burn daughters). Before elections, they will have lunch with Dalit families and after elections, torture them.”
“Back in January, we said in Parliament we need to control incoming international flights to India to limit spread of the disease. We were told not to behave like schoolchildren. Much later, a lockdown was announced. And now, one lakh people have died,” she said.
Dastidar alleged that the central government also did not have data on migrants. “It was only through RTI we learnt that 80 people have died travelling in migrant trains. They even charged home-bound fare from these poor and helpless people”
The Trinamool MP also attacked the state BJP leadership, saying: “They are definitely short of leaders. Else, why would leaders from other states be sent here to manage the party? These outsiders are alien to Bengal’s history and culture. This is a place which has given the country the most Nobel laureates. It has given the country heroes like Subhas Chandra Bose. Bengal does not need outsiders,” she said.
Speaking on BJP’s claim that some senior leaders were on the verge of defecting, Dastidar said, “Trinamool means grassroots. It never gets crushed or trampled upon even if you walk over them. It grows afresh. Mamata Banerjee’s strength is in the people.”
Reacting to the ‘outsider’ barb, BJP state president Dilip Ghosh hsaid: “Do we require visas to enter this region like what was required to go to Kashmir?”
In a bid to de-escalate the tension amid ongoing rapprochement talks with Suvendu Adhikari and a senior Trinamool Congress MP, Dastidar said: “Suvendu is a soldier of Trinamool Congress. He is a senior cabinet minister and high party functionary. And most importantly, he is a person who has been working with TMC since he was young. He is a veteran and dependable party worker.” On the Kalyan Banerjee-Suvendu sparring, she said, “I also heard Kalyan saying that Suvendu is a party veteran.”
previous post