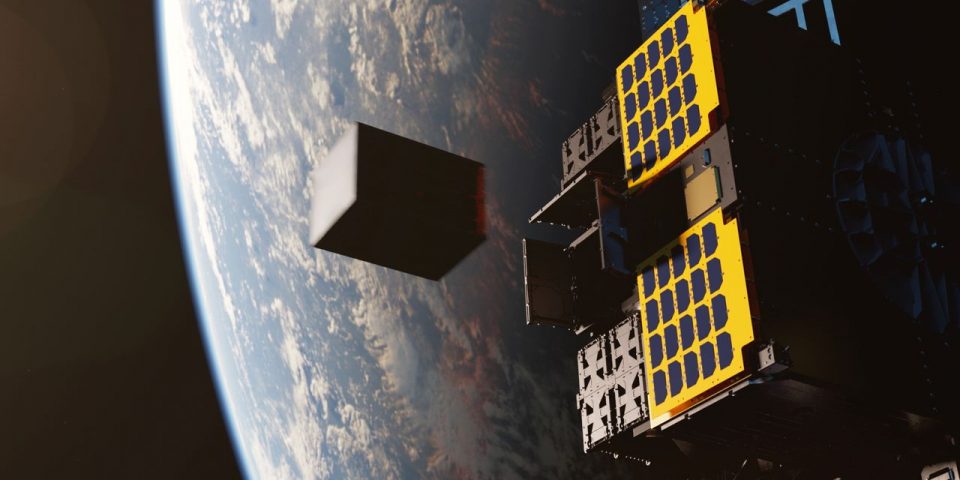 Scientists who track the health of Adélie penguins on the ice-covered wastes of Antarctica are managing their cameras from thousands of miles away—via tiny satellites orbiting above our heads.

In the near future, it isn’t unreasonable to imagine this evolving satellite technology could put a distress beacon in every automobile, allow remote monitoring of wildlife in any environment on earth, and track your

shipment—not just when it’s on a truck, but backward, all the way to the factory that produced it. And it could be done at a fraction of the cost of earlier satellite tracking systems.

These novel networks of nanosats—aka cubesats—are a result of a number of factors.

First, the satellites themselves are smaller, cheaper and more capable than ever. The smartphone industry has miniaturized all electronics, benefiting everything from cars to drones. Then there are falling launch costs, due to companies like SpaceX, active national space programs like India’s, and an array of new launch technologies, from reusable boosters to 3-D-printed engines.

Just as important, there’s the rollout and adoption of new long-distance, low-power wireless communication standards that can work just as well in outer space as they do on the ground.

Like so many innovations in their early days, from the internet to the smartphone, no one is quite sure what low-cost, low-power data relays from space will enable—or whether there will be enough demand to sustain the many companies jostling to provide it. In the next year, hundreds of satellites from more than a dozen companies are set to launch.

These startups aren’t going head-to-head with more expensive and ambitious efforts from the likes of Amazon and SpaceX, which aim to deliver high-speed internet to households and businesses. Those “megaconstellations” of hundreds or even thousands of relatively large satellites cost billions of dollars; networks of up to 100 nanosats can cost in the tens of millions, say their operators.

The truly global “Internet of Things” these tiny satellites can enable would have been much more difficult to achieve even 24 months ago, says Alasdair Davies, director of the Arribada Initiative, which designs and builds satellite tracking and connectivity systems for researchers, including the penguin-watching ones.

For the penguin project, Mr. Davies created low-cost cameras that can withstand the harsh Antarctic conditions. While the images they grab are stored on SD cards and must be physically collected once a year, the cameras can report their status—low battery, covered in ice, tipped over, etc.—to their keepers in London via tiny satellites.

Lacuna Space is a small Harwell, U.K.-based startup with three communications satellites in orbit and two more on the way. Two are about the size of a briefcase, the third as big as a shoebox.

Like nearly all nanosatellite constellation startups, Lacuna Space needs to deploy dozens more satellites to cover the entire earth at all times. Presently, many customers testing the company’s technology can only connect to the satellite two to four times a day, but for applications like monitoring remote infrastructure, such as the penguin cameras, that’s often enough, says

Netherlands-based Smart Parks also uses LoRaWAN to connect rhinos and elephants into a sort of Internet of Megafauna. This is useful for managers of wildlife refuges who need to monitor these animals to prevent poaching—and bring them back when they wander beyond park boundaries.

An elephant collar Smart Parks is testing in Malawi connects with LoRaWAN ground stations there, but can also connect to Lacuna Space’s satellites, says Smart Parks co-founder Tim van Dam. Once that constellation is fully deployed, his company will use it to track animals into places—deserts, forests, and transborder parks between countries in southern Africa—where no other wireless signal is available. Because LoRaWAN systems require relatively little power and can work with flat antennas, they’re well-suited to elephant collars, and should last up to 10 years on a single battery, says Mr. van Dam.

At least 16 companies are working on launching similar types of satellite networks, according to space research firm NSR. Each is leveraging different combinations of wireless technologies, satellite sizes and onboard capabilities to differentiate from one another, while also competing on cost.

Swarm Technologies, based in Mountain View, Calif., could complete the first commercially available nanosatellite constellation that enables customers to reach a satellite whenever they choose, says CEO and co-founder Sara Spangelo. Swarm has already launched 45 satellites, 36 for commercial customers and the rest experimental. The company expects to launch 36 more from Florida on a SpaceX Falcon 9 rocket on Jan. 14, with a total of 164 aloft by the end of 2021, with 150 of them active. (Some will be backups.) Dr. Spangelo is a former NASA Jet Propulsion Laboratory engineer and “failed Canadian astronaut”—she made it to her cohort’s final 32 before being cut. Swarm is keeping costs low by producing satellites that are extra small. Each one is about the size of a grilled cheese sandwich.

Swarm’s satellites communicate in the VHF spectrum—adjacent to but not overlapping with the spectrum used by shipboard radio systems—which allows for good signal penetration, even in cities and indoors. Two years ago,

announced a partnership with Swarm. Whatever they’re working on is still under wraps.

Switzerland-based Astrocast operates satellites that are about 10 times as large as Swarm’s but are intended to have more capabilities. Because they have onboard propulsion, they can push themselves into different orbits, which could help lower launch costs by allowing them to maneuver into an orbit on their own. Propulsion also allows them to be “de-orbited” when they’re no longer useful, so they don’t become hazardous space debris.

Astrocast was founded in 2014, launched its first two satellites in 2018 and 2019, and plans to launch five more in January, on the same SpaceX rocket that will lift Swarm’s satellites.

The company, which designs and manufactures its own satellites, has benefited from an array of off-the-shelf electronics, many of which are similar to those used in the automotive industry, says CEO Fabien Jordan. Car parts are designed to withstand intense vibration and wide temperature variations—and are therefore durable enough to be used for Astrocast’s satellites. Whereas traditional satellites, designed to stay up for many years, must be hardened against cosmic radiation and other space hazards, Astrocast’s low-earth-orbiting satellites are only intended to last three to five years.

And while companies like Amazon and SpaceX plan to use radio frequencies that allow for high-bandwidth internet access, these smaller players are using spectrum that allows them to send and receive smaller amounts of data with less power.

Lacuna Space’s preferred LoRaWAN standard uses unlicensed spectrum, which helps keep costs down. Astrocast uses L-band wireless spectrum, which is better for penetrating vegetation and even buildings. It required the satellite company to acquire a license, however, as did the VHF spectrum used by Swarm.

For applications where a client just needs to know where something is and what it’s doing, the low bandwidth afforded by these constellations is adequate. A typical packet of information sent through the Swarm constellation is being transmitted at 1 kilobit per second. “We like to joke it’s like the dial-up internet of the 1990s,” says Dr. Spangelo. Each Swarm satellite is intended to last four years, after which they should burn up in the atmosphere.

The trade-off for minimal bandwidth is that it allows costs to stay low, which is critical for customers that may want to connect hundreds or even thousands of objects directly to satellites.

The proliferation of these nanosat companies is likely to end in consolidation, says Aravind Ravichandran, an independent consultant in the space industry. He expects some companies to go out of business while others merge or get bought by traditional satellite communication firms.

What surprising applications of nanosatellites do you expect in coming years? Join the conversation below.

“At this point there’s basically one IoT-from-space company per country. It’s just crazy, and I don’t know if you have that much demand,” he adds.

It’s a bit like the first internet bubble, says Mr. Ravichandran, when companies furiously built out basic infrastructure like fiber-optic backbone, then went bankrupt when it turned out there weren’t yet enough customers who needed it yet.

On the other hand, the fact that there are so many different kinds of ways to build and deploy satellites, each communicating with the ground in different ways, means there could be room for quite a few different companies to succeed in connecting objects to space, says Mikhail Kokorich, CEO and founder of Momentus, a company that has developed a kind of very-last-stage mini-rocket to help cubesats and nanosats get to their final orbit, after they’ve been released by a larger rocket.

With their constellations rapidly expanding in the next year, many of these companies will soon need more funding, or customers, or both. Their technology and business models will be tested in the harshest environment there is—not the cold vacuum of space, but the competitive landscape of high-growth startups.

—For more WSJ Technology analysis, reviews, advice and headlines, sign up for our weekly newsletter.

Write to Christopher Mims at christopher.mims@wsj.com

Timaru public responsible for hundreds of tonnes of contaminated waste