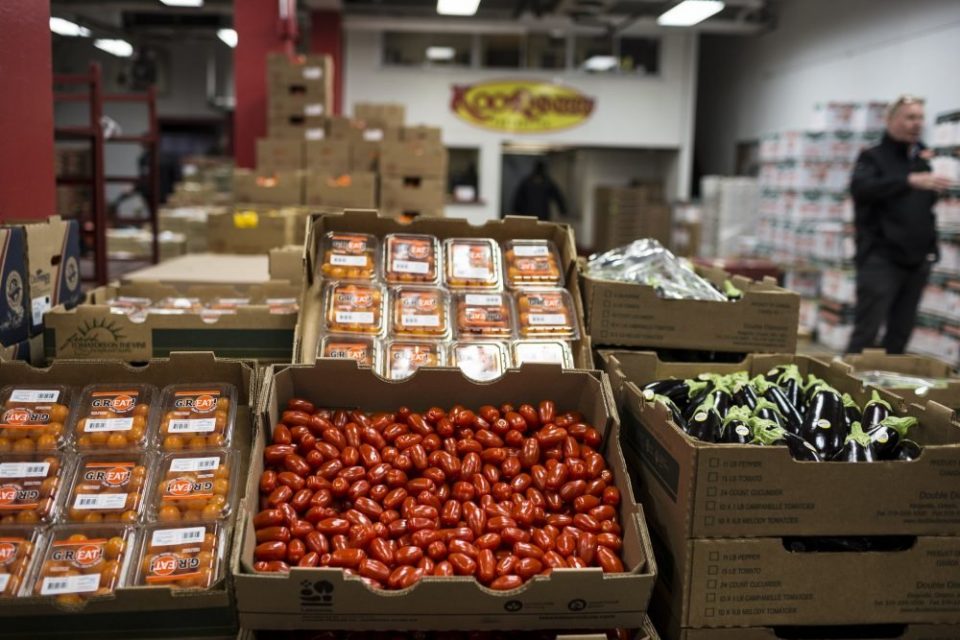 Good morning and welcome to the Sprout, where it’s Friday the 13th. It’s also World Kindness Day. So be kind to one another – especially since it’s also Friday the 13th. Here’s today’s agriculture news.

A new report out of Toronto says the city’s low-wage workers and people of colour are facing worsening food insecurity because of the coronavirus pandemic, with organizations struggling to keep up with the increased demand for assistance. The research, conducted by the Toronto Foundation, found that food insecurity has been a major symptom of job loss in Ontario’s capital city – a reality that is disproportionately affecting people of colour.

“My sense is it’s quite possible that we’re heading into the biggest food access crisis that the city’s ever seen,” Paul Taylor, executive director at Foodshare, said on CBC’s Metro Morning Thursday.  Taylor was interviewed as part of the foundation’s research.

In other COVID-19 related news, Reuters looks at how food companies overhauled their production lines to put more goods like toilet paper, pasta sauce and soup on store shelves as countries grapple with continued resurgences of COVID-19.

Meanwhile, officials in Wuhan, the city initially at the epicentre of China’s coronavirus outbreak earlier this year, said on Friday they had found three positive samples of  the coronavirus on the outer packaging of frozen beef imports from Brazil. Reuters has more.

And The Western Producer looks at how COVID-19 is boosting the use of canola oil in the biofuel sector.

The Canadian Centre for Food Integrity released its annual Public Trust research report. You can find the report here.

A well-known opioid used in addiction treatment has joined the likes of ketamine, fentanyl and tobacco in being illegal to give to racehorses. As iPolitics’ Charlie Pinkerton reports, methadone has been classified as a potential “performance-altering drug” and made illegal to give to competing horses by regulations that were published  earlier this week. The blood pressure drug amlodipine and allergy drug ciclesonide have also been banned.

The Ontario farming community is celebrating after a Freedom of Information request asking for the names of every farm Business registrant in Ontario was withdrawn. Farmtario reports.

Trade tensions between the United States and China could remain under a Joe Biden presidency, a former Chinese finance minister said on Friday. As Reuters reports, Lou Jiwei said “even if Biden is elected, the U.S. suppression of China will be inevitable.”

Meanwhile, Australia says it expects “technical” trade issues between it and Beijing will be resolved as soon as possible – even as bilateral tensions between the two countries continue. Reuters has that story, too.

And India is not expected to lower restrictions on yellow pea imports despite tight chickpea supplies. The Western Producer has more.

Well, isn’t this a slice! The Rideau Center in Ottawa has a new cake ATM that sells pieces of cake from the famous Carlo’s Bakery in New Jersey – featured on TLC’s Cake Boss. Among the available flavours; chocolate, red velvet and vanilla sprinkle. CTV News has more.

That’s it for us this week. Have a great weekend and we’ll see you on Monday.

In FDA authorization of malaria drugs for Covid-19, some see politics at play

Is better collaboration the new force for change in oil and gas?