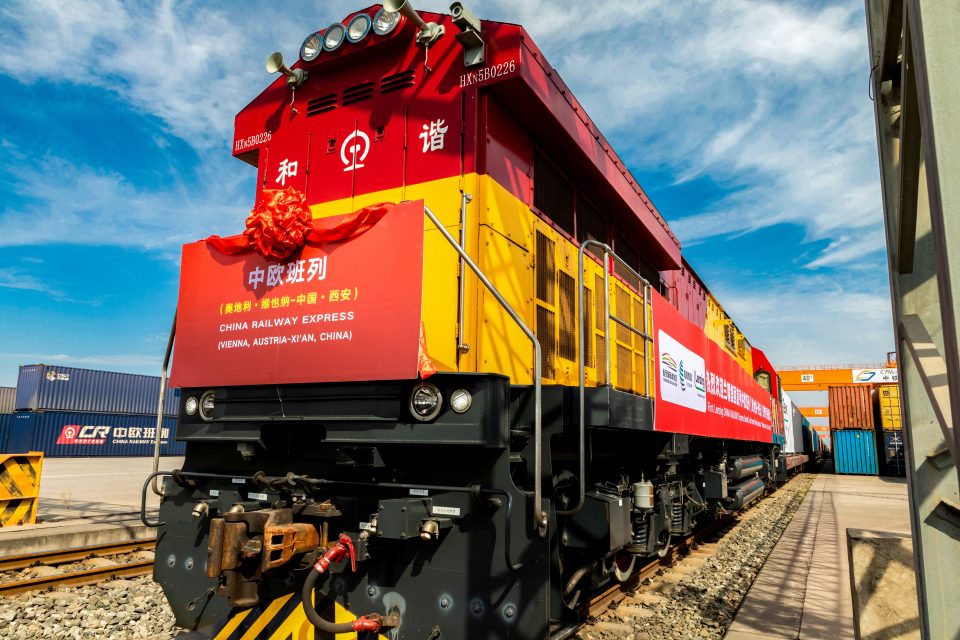 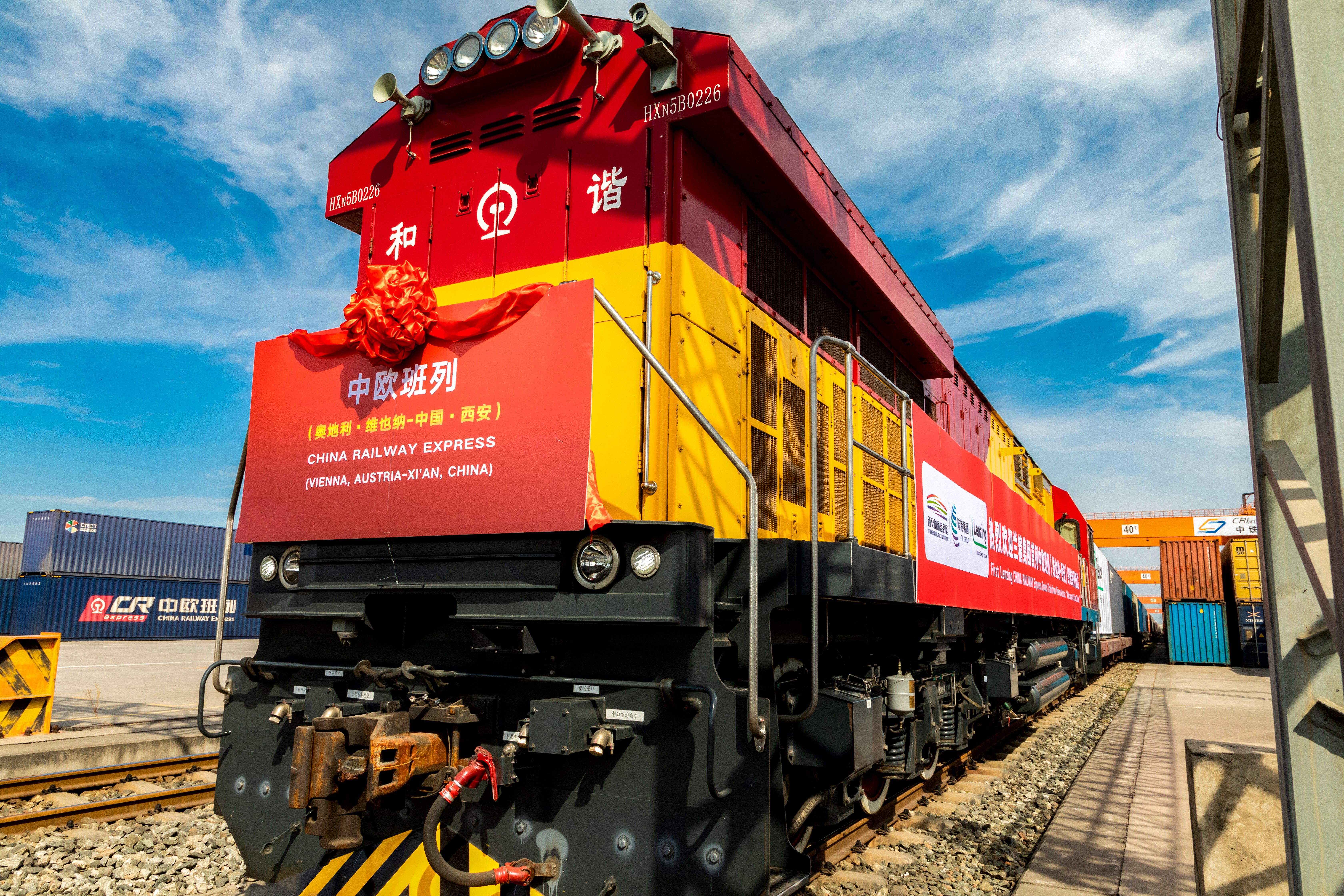 The China-Europe Express can reduce the transport time between Europe and China by half, meeting Chinese customer’s demand for environmentally friendly fibres. © Lenzing.

The Lenzing Group recently became the first Austrian company to send ‘100% Made in Austria’ goods by train directly to China and the train loaded with Tencel fibres reached Xinzhu station in Xi’an on 5 September.

Lenzing says it is breaking new ground due to the short-term increase in demand for sustainably produced fibres from Chinese customers. For the first time, the company delivered wood-based cellulosic fibers, which are produced at its Austrian sites in Lenzing and Heiligenkreuz, directly to China by train. Thanks to this new transport route, Lenzing says, it is able to meet the urgent demand of its Chinese customers twice as quickly as by the usual sea freight route.

The first complete train with 100% made in Austria goods started its journey on 20 August in the presence of Leonore Gewessler, Austria’s Federal Minister for Climate Action, Environment, Energy, Mobility, Innovation and Technology, His Excellency Xiaosi Li, Ambassador of the People’s Republic of China in Austria, Stefan Doboczky, Chief Executive Officer of the Lenzing Group, Thomas Kargl, Board Member of the ÖBB Rail Cargo Group, Erwin Cootjans, Chief Executive Officer of Nunner Logistics, and Erich Hampel, Chairman of the Board of the B&C Private Foundation, at the Vienna South Terminal.

The train reached its destination on 5 September at the Xinzhu train station in Xi’an, China, loaded with 41 containers of Tencel branded lyocell and modal fibers and a total value of EUR 1.8 million, covering a total of 10,460 km through seven countries – Austria, the Czech Republic, Poland, Belarus, Russia, Kazakhstan and China.

The Lenzing fibre train was received at a grand ceremony at the container terminal in Xi’an, where numerous guests, including the Austrian ambassador to China, Friedrich Stift, representatives of the Xi’an Municipal Government, the China Railway Xi’an Group, the Xi’an International Trade & Logistics Park, as well as representatives of the Lenzing Group, the China National Textile and Apparel Council, Lenzing customers and the media attending.

In his speech, Friedrich Stift, Austrian ambassador to China, emphasizes the importance of international trade and sustainable development: “The delivery of Austrian-made products through the China Railway Express adheres to the sustainable concept of Lenzing. Since China and Austria signed the bilateral railway cooperation agreement in 1994, the two countries have maintained good cooperation in the railway field and will continue to do so in the future. China is Austria’s largest partner in Asia, and it is believed that after the outbreak of the corona crisis bilateral trade will normalize in 2021.”

“This is the first time for the Lenzing Group to deliver Austrian-made Tencel branded fibers directly to Chinese customers. The Silk Road has been a main transport route between Europe and Asia since ancient times. Chinese consumers affectionately call Tencel fibers ‘Silk from Heaven’. The China-Europe Express can reduce the transport time between Europe and China by half, thus meeting Chinese customer’s demand for environmentally friendly fibers more quickly”, states Hu Jian, Senior Vice President of the Lenzing Group for North Asia.

For local brands and retailers in China, sourcing sustainable goods is becoming increasingly important, Lenzing says. For this reason, many manufacturers rely on Tencel fibres, which contribute to a clean environment thanks to the renewable raw material wood and the ecologically responsible production, the company concludes.

Bill of Lading for Export Shipments