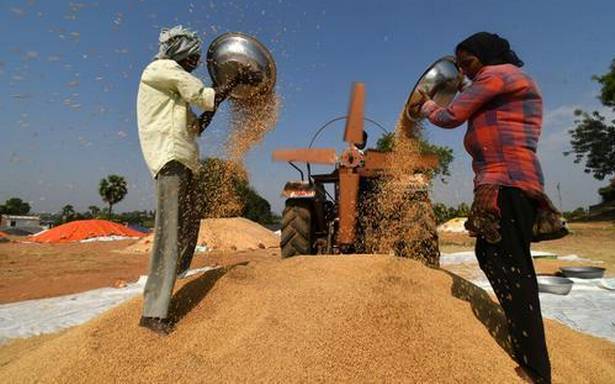 The State has increased the procurement target after the total cropped area has gone up by 36 per cent. The State procured a total of 1.12 lt of paddy last year, including 64.50 lt in the rabi season.

State Civil Supplies Corporation Chairman M Srinivas Reddy held a review meeting with millers and ration dealers to assess the output and likely procurement by the State agencies. He said the State would require 19 crore gunny bags for the upcoming paddy procurement season.

Telangana has implemented the regulated cropping system this year, mandating the farmers to grow cotton on 60 lakh acres and paddy on about 40 lakh acres. It asked the farmers not to go for maize this year.

According to the Agriculture Action Plan for 2020-21, the State estimates a paddy production of 254 lt in the two seasons. This would include 121 lt from 41 lakh acres in the kharif season.

Last kharif, the State produced 104 lt of paddy on an extent of 39 lakh acres.

U.S. Steel Earnings Are Coming. Here’s What To Expect.