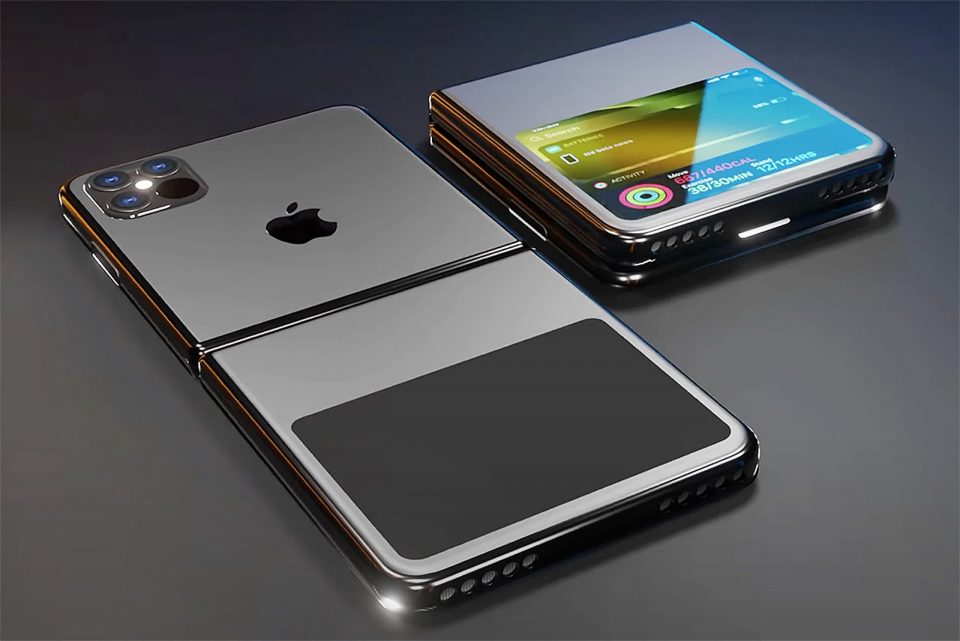 Rumor mill: Leaks originating in Apple’s supply chain indicate that a foldable smartphone is currently being tested. If the rumors are true, the California tech giant is planning on a September 2022 release date. The current prototypes are primarily testing the folding components, including the screen and hinge bearings, for durability.

Rumors of a folding iPhone first began springing up in 2017 when Apple applied for a patent on a folding device. Even Apple’s co-founder Steve Wozniak was excited about the prospect of a folding iPhone, but there was plenty of cause to hold expectations in check. After all, patents do not guarantee a product is in active development or ever will be.

However, plans for a foldable phone seem to be moving forward. Chinese newspaper Economic Daily News suggests that Apple has moved from the conceptual phase and is now actively working on a foldable phone. The company is reportedly testing prototypes with various parts from its supply chain.

Above video and masthead are what iOS Beta News thinks an Apple flip phone could look like.

Specifically, Apple is experimenting with screens and hinge bearings. Cupertino is aiming for a device that can withstand 100,000 folds. It wants to determine whether an OLED or a micro-LED would provide the target durability. It tasked its primary manufacturer Foxconn with assembling multiple prototypes.

EDN mentions that Apple is looking to release a foldable as soon as September 2022. So a folding iPhone is at least one generation away still. Other than the screen and hinge, it’s hard to know what else the test devices will contain. We are only just now beginning to see rumors of what the iPhone 13 may bring, so it would be premature to speculate on what a foldable smartphone launching alongside the iPhone 14 will be packing.

As always, take this news with a healthy dose of skepticism. Apple has not officially commented on a foldable project being in the works. Of course, the company always plays its cards close to the vest. If it is looking to release something in 2022, we may start hearing information next year from more reliable leakers like iPhone analyst Ming-Chi Kuo.

The future of sustainable procurement

Inside Housing – Comment – The current focus on price in procurement blights our sector. It is time for a...