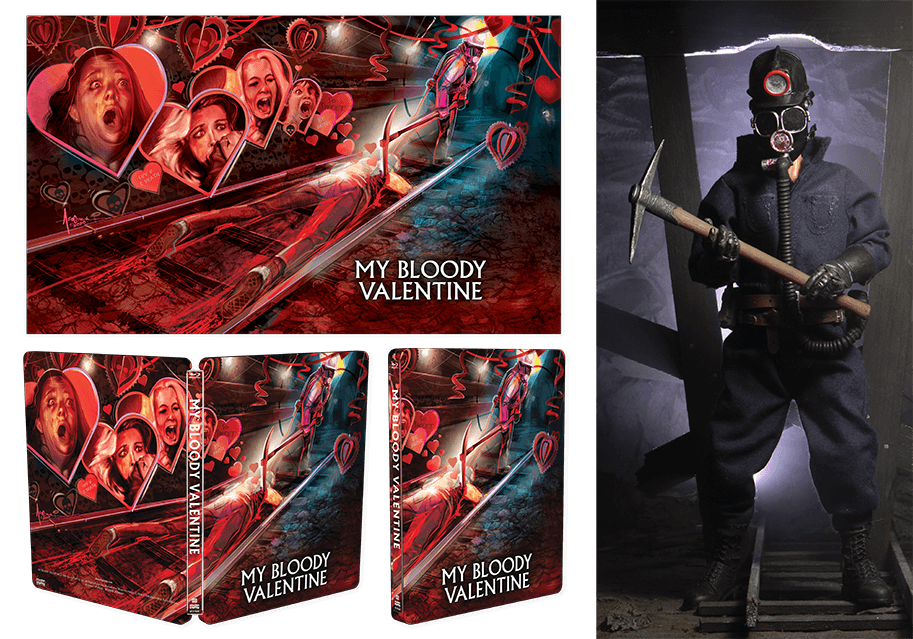 Like the previous They Live figure and 4K edition, Shout Factory has outdone themselves. My Bloody Valentine is a slasher horror classic. The film has been available for some time in a standard collector’s edition from Shout Factory, but never like this. With a new two-disc special steelbook edition, you’ll be able to live out the frights of My Bloody Valentine like never before. In addition to the steelbook, they have a limited edition figure of the miner from the film. The figure is limited to 4000 units and comes from NECA.

Like all the other Shout Factory releases, if you pre-order, you can get a special lithograph of the newly commissioned art for the cover. The art, done by Orlando Arocena, perfectly captures the look and feel of the film.

The Special Features Of The My Bloody Valentine Special Edition

The new steelbook is available for pre-order now. It releases on February 9th, 2021. You can get it on the Shout Factory website. The figure and the steelbook are also available for purchase separately.

For more on My Bloody Valentine, Shout Factory, or any other general pop culture, make sure to check back to That Hashtag Show.

Wrestling fan since Sting vs. Hogan at Starrcade. Video game fanatic since I played Wario Land on the Game Boy. Music nerd, Magic: the Gathering player, and any other fandom you can think of under the sun.