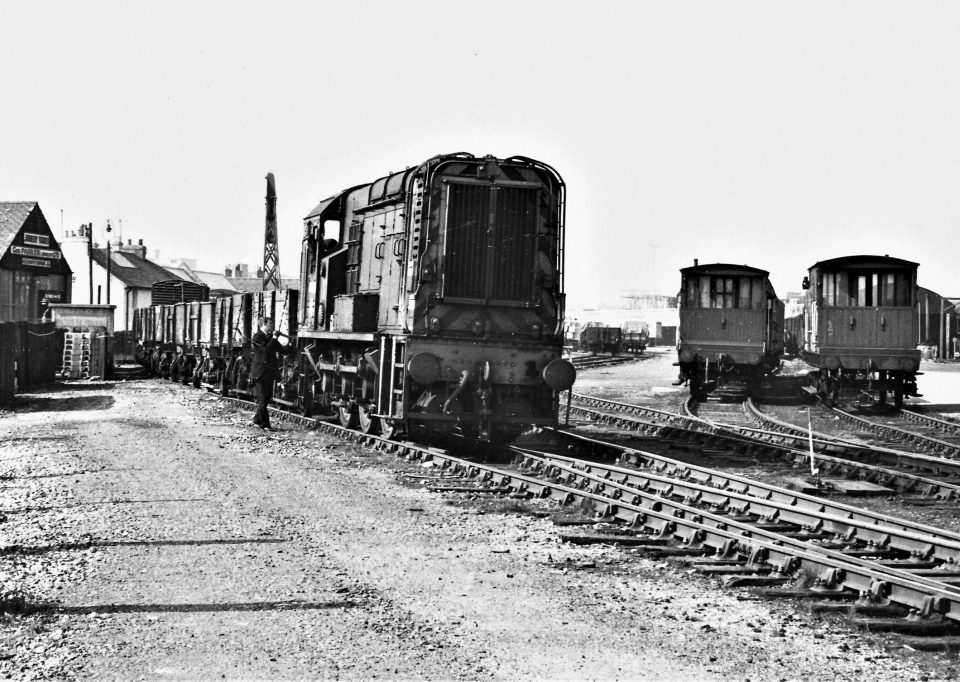 John Vaughan, of Brook Barn Way, Goring, believes this anniversary is not something to celebrate, rather to commemorate.

He said: “The year 2020 sees the golden anniversary of the closure of Worthing central railway goods yard, which occurred in 1970, under the auspices of the nationalised British Railways.

“The former goods yard was opened by the London Brighton & South Coast Railway in Victorian times to serve a rapidly-growing community in the town of Worthing.

The goods yard at Worthing railway station, before it was closed in 1970. Picture: John Vaughan

“In its day, the multi-siding yard handled a wide range of goods, with coal being one of the major imports. Even in its last years, the yard saw a daily good train arriving, comprising a large number of assorted wagons, containing a wide range of commodities, normally tailed by a brake van, referred to as the guard’s van.

“Even during the late 1960s, the volume of freight traffic in the yard justified a resident diesel shunting locomotive. In past years, the yard was so busy that it became the primary goods and freight hub for the town.

“National railway policies gradually changed and what was known as the wagonload network was deemed to be uneconomic, with the freight by rail focus being diverted to the block load, where whole trains ran from rail terminal to rail terminal without the wagon consist needing to be split for loading or unloading.

“Commodities such as domestic coal were in decline as North Sea Gas came on stream, as well as the opening of nuclear and gas powered generating plants. Also, container traffic was gaining a foothold where again block loads from the ports to distribution centres became the norm, with road transport making the final journey to and from the customer. Freight by rail charges were increasing providing a further deterrent for would-be users of rail.

The site as it is now, the Morrisons car park. Picture: John Vaughan

“All over the country goods yards closed and goods sheds in yards became disused and dilapidated, with a few finding a new commercial purpose.

“The photograph of Worthing goods yard is as it was in 1969, with shunting locomotive, shunter with coupling/uncoupling pole and a large number of wagons and brake vans in view.

“I also attach a 2020 view, taken at the far easterly end of what is now the Morrisons supermarket car park, a past and present comparison.

“Common features are the distant terraced houses in the left distance and the glimpse of Broadwater Bridge on the far right. It is hard to believe that half a century has now passed since goods and freight by rail were received and dispatched from a town with a population in excess of 100,000.”

A message from the Editor, Gary Shipton:

In order for us to continue to provide high quality and trusted local news, I am asking you to please purchase a copy of our newspapers.

With the coronavirus lockdown having a major impact on many of our local valued advertisers – and consequently the advertising that we receive – we are more reliant than ever on you helping us to provide you with news and information by buying a copy of our newspapers.

Our journalists are highly trained and our content is independently regulated by IPSO to some of the most rigorous standards in the world. But being your eyes and ears comes at a price. So we need your support more than ever to buy our newspapers during this crisis.

Chipmaker SMIC on the Edge of ‘Junk’ Bond Status After U.S. Sanctions

How Your Freight Agency Can Succeed in an Uncertain Market