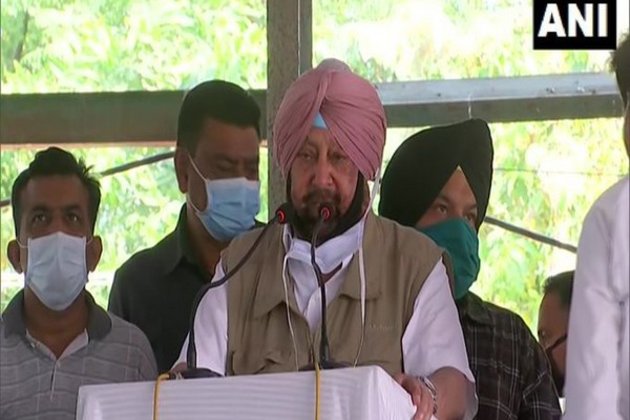 Chandigarh (Punjab) [India], October 7 (ANI): With the Reserve Bank of India on Wednesday sanctioning a Cash Credit Limit (CCL) amount of Rs 30,220.82 crore for procurement of paddy in the Kharif marketing season 2020-21 for the month of October, Punjab Chief Minister Captain Amarinder Singh has directed all procurement agencies to pay pending payments of farmers against the already procured grain within 24 hours.

Disclosing this, an official spokesperson said the total expected amount of CCL required for the entire paddy procurement season is Rs 35,552 crore, of which Rs 30,220.82 crore has been released and the balance amount would be released as per the standard practice of revising the amount at the end of this month while sanctioning the CCL for November.

According to a press statement from Punjab Chief Minister’s Office, expressing satisfaction at the pace of procurement, Captain Amarinder Singh has asked the Food and Civil Supplies Minister to ensure prompt lifting of the produce and release of payment to farmers within the stipulated timeframe of 72 hours for the procurement to be undertaken now.

The Chief Minister also expressed satisfaction with 15.6 LMT of paddy procured by various agencies till date. With 27.36 Lakh hectares of area under paddy cultivation, Punjab is targeting procurement of 171 Lakh Metric Tonnes in the ongoing season which began on September 27, said the spokesperson.

Elaborate arrangements have been made by the government to ensure hassle-free and safe procurement amid COVID-19. The Punjab Mandi Board has already notified nearly 4000 Purchase Centres for seamless procurement of paddy, thus ensuring strict adherence to Covid safety protocols, the spokesperson added. (ANI)

Software Providers and Companies in Manufacturing, Distribution Have Executive Growth