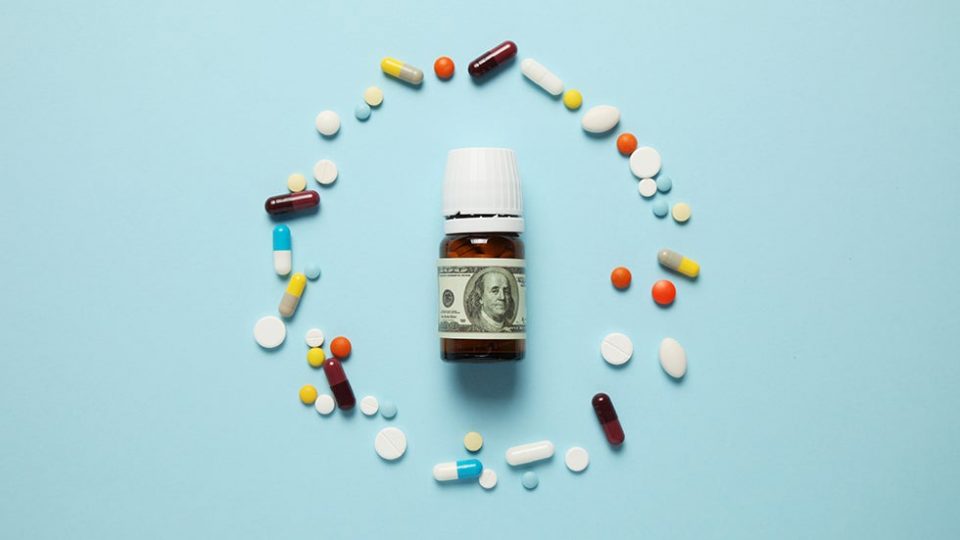 High prescription drug prices have been a volatile political issue in America for many years. Today’s Democratic presidential candidates all have bemoaned what they perceive to be excessively high drug prices, and aver that they prevent many Americans from being able to access the drugs they need.

At the same time, the cost involved with research and development, medical trials and obtaining Food and Drug Administration (FDA) approval to bring a drug to market typically exceeds $1 billion, and drugs that go through the same gauntlet but prove to be either unsafe or ineffective invariably cost a similar amount. Limiting drug prices while also maintaining incentives for innovation is a difficult dance to master.

In an effort to find a solution to this conundrum, some have proposed reducing the role of intermediaries in the pharmaceutical supply chain, namely the pharmacy benefit managers (PBMs). These middlemen purchase drugs on behalf of companies, unions and insurance companies. The idea is that by wringing their profits out of the market it would create sizable savings that could be passed on to consumers.

However, as is the case in most attacks on the middlemen of any market, this perception deeply misconstrues the market as well as the role of PBMs, which provide valuable services that can improve health outcomes and save consumers billions of dollars in prescription drug costs.

For starters, their purchasing power gives them leverage over both pharmaceutical companies and retail pharmacies, allowing them to extract lower prices.

What’s more, the wealth of information at their disposal allows them to come up with ways to save their clients money, either by shifting coverage to less expensive but more efficacious drugs or, for example, by encouraging clients to adopt certain policies for their customers that would improve health outcomes.

A recent study by Ike Brannon of the Jack Kemp Foundation and Tony LoSasso of DePaul University lays out the complexities of the issue while explaining why reining in PBMs will not reduce drug prices. They note that PBMs are integral in negotiating drug prices and provide other services to the market:

“Some entity needs to manage the complex interactions between payers, insurers, pharmaceutical companies, pharmacies, and ultimately patients, and pharmacy benefit managers (PBMs) currently perform that task. Far from being nebulous organizations operating in the shadows, PBMs have operated in partnership with other players in the healthcare landscape to optimize benefits for decades. Proposals to control high drug prices that focus on minimizing the impact of PBMs — as many currently do — ignore the nature of the market and risk further increasing drug expenses, which runs completely counter to their ostensible intent.”

The fact is that there is no simple solution to reducing drug costs, and pretending that it has less to do with the actual cost of developing drugs and more with the vagaries of the supply chain is facile and little more than a sleight of hand.

Brannon and LoSasso explain that PBMs add value to the pharmaceutical market that exceeds their cost — which is why they have come to play an important role in this market:

“PBMs negotiate drug benefits on behalf of insurance companies, large employers, unions, state Medicaid programs, and other large buyers of prescription drugs. They are the only mechanism in the drug supply chain mitigating the impact of high drug prices on consumers. PBMs are able to obtain lower prices because their specialized knowledge, negotiation ability, and volume of covered lives give them substantial leverage over pharmaceutical companies: If a pharmaceutical company refused to grant a discount on a drug it would risk foregoing a substantial amount of sales.”

Proposals to curtail the role of PBMs in the pharmaceutical market fail to acknowledge the intricacies of the market. In this case, it would mean that limiting their scope potentially could increase insurance premiums without doing anything to increase patient access to cutting-edge drugs. Such an outcome hardly could be construed as progress.

The passage of the Affordable Care Act doubtless will go down as the most significant legislative accomplishment of the Obama administration. While I opposed these efforts, I do not dispute the fact that its implementation has added millions of people to the ranks of the insured. One would hope that most of this sizable cohort no longer needs to worry about an illness that would require them to purchase costly drugs that are beyond what they can afford.

To examine the trends in the prescription drug market in the 2010s and conclude that the most salient outcome is not that we have greatly expanded access to low-income Americans, or that we have discovered cures for what heretofore had been diseases that brought literal death sentences, but that drug prices are excessive and need to be fixed first and foremost is a manifestation of willful ignorance. And to try to accomplish such a thing by tying the hands of PBMs only exacerbates that ignorance.

When I worked for Congress, a wizened colleague explained that when the voters are convinced that something is a problem politicians invariably will unite in finding a solution that satisfies them, even if they know what they offer won’t solve the problem at all. The bipartisan push to neuter pharmacy benefit managers comports with my colleague’s perspective.

Eric V. Schlecht is president of the consulting firm OnPoint Strategies and is a former economist for the Senate Republican Policy Committee.

‘This will be a rapid recovery.’