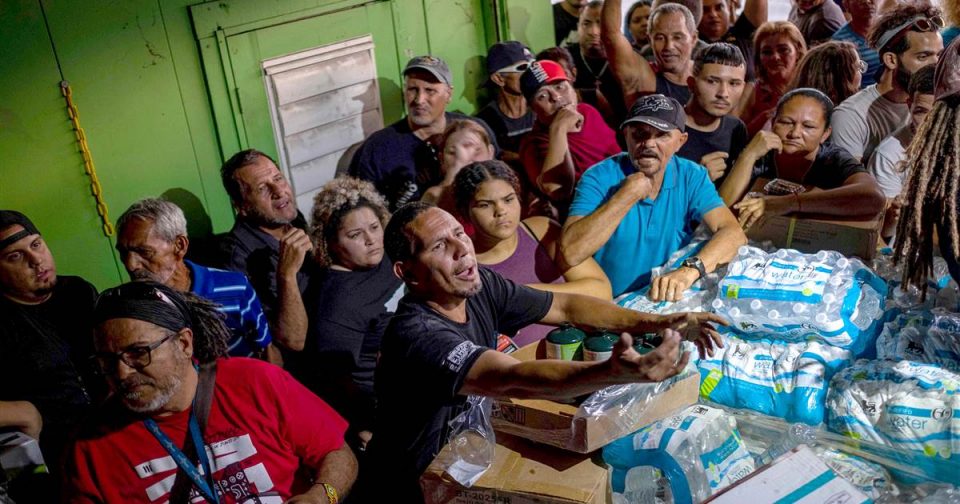 SAN JUAN, Puerto Rico — People in a southern Puerto Rico city discovered a warehouse filled with water, cots and other unused emergency supplies, then set off a social media uproar Saturday when they broke in to retrieve goods as the area struggles to recover from a strong earthquake.

With anger spreading in the U.S. territory after video of the event in Ponce appeared on Facebook, Gov. Wanda Vázquez quickly fired the director of the island’s emergency management agency.

The governor said she had ordered an investigation after learning the emergency supplies had been piled in the warehouse since Hurricane Maria battered Puerto Rico in September 2017.

Get a head start on the morning’s top stories.

“There are thousands of people who have made sacrifices to help those in the south, and it is unforgivable that resources were kept in the warehouse,” the governor said.

Puerto Rico’s secretary of state, Elmer Román, told reporters that Acevedo had not told him about the contents of the warehouse.

News of the warehouse spread after online blogger Lorenzo Delgado relayed live video on Facebook of people breaking into the building. The scene became chaotic at times as people pushed their way in and began distributing water, baby food and other goods to those affected by the earthquake.

Delgado later told reporters that he had received a tip about the warehouse, but gave no specifics on when.

The mayor of Ponce, María Meléndez, said he had not known about the warehouse and its contents.

“This is outrageous,” she said. “Everyone knows what us mayors went through after Hurricane Maria to try and get help to our cities and how we’ve worked these weeks to provide basic supplies to people affected by earthquakes. Those involved owe us an explanation.”

Inés Rivera, spokeswoman for the city of Ponce, told The Associated Press that the warehouse is owned by Puerto Rico’s Company of Commerce and Export. Officials with the company could not be reached for comment.

The information upset many in Puerto Rico already angry over the government’s botched response to Hurricane Maria, with similar incidents of supplies going unused being uncovered months later.

Ponce is one of several cities in the island’s southern region hit by the recent 6.4 magnitude earthquake that killed one person and caused more than an estimated $200 million in damage. More than 7,000 people remain in shelters since the quake.

The governor said she has sent the Senate her nomination of José Reyes, who oversees the National Guard in Puerto Rico, to be the new commissioner for the State Bureau for Emergency Management and Disaster Management.

48 pallets of donations headed from Stevens Point to Nicaragua