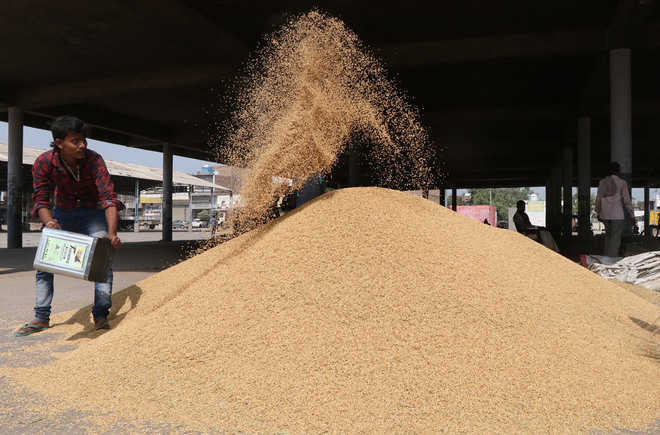 Amid the farmers’ agitation, the Centre today allowed Haryana and Punjab to begin paddy procurement from tomorrow (September 27) instead of October 1. Punjab Chief Secretary Vini Mahajan reviewed preparations for the same. PK Das, Haryana’s Additional Chief Secretary for Food and Civil Supplies, said initially procurement would be started in four districts — Kurukshetra, Karnal, Kaithal and Ambala — where about 4 lakh quintals of paddy had arrived in mandis. Regular procurement would begin from Tuesday.

Das said that Hafed, Haryana State Warehousing Corporation, Food and Civil Supplies and the Consumer Affairs Department had made adequate arrangements for hassle-free procurement. He made it clear that paddy would be purchased only from farmers listed on the “Meri Fasal, Mera Byora” portal.

By preponing procurement by five days, the government hopes to allay farmers’ apprehension that the MSP regime may be dismantled once the new laws come into force. The milling period remains unchanged. — TNS

How To Manage Technology Projects To Avoid Crisis